Ola, Uber strike: What is going wrong for cab aggregators

Estimates suggest that there are around 50,000 drivers in Mumbai with the two aggregators, and 80% of them were on strike. Similar strikes have been common across other cities where Uber and Ola operate. 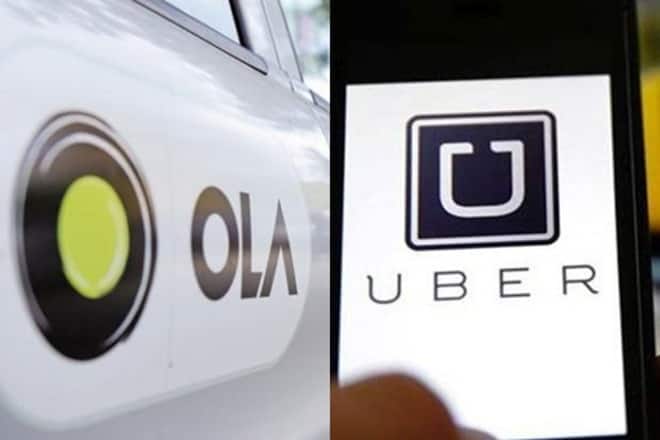 While Ola/Uber drivers’ strike has adversely impacted both commuters and drivers, it also highlights the bearing these cab aggregators have on the financial system

The latest strike by drivers of cab-hailing apps—Ola and Uber—in Mumbai has been making headlines. The people who have been dependent on these cab aggregators for their daily commute were left stranded for over 10 days. The strike has been temporarily called off till November 15. Drivers have been protesting against low fares, low incentives and diminishing earnings.

Estimates suggest that there are around 50,000 drivers in Mumbai with the two aggregators, and 80% of them were on strike. Similar strikes have been common across other cities where Uber and Ola operate.

Also Read
Muddying the waters
Green bonds: Work on the ‘greenium’
Given its track record, India has the moral heft to bring the developed countries to the negotiating table
Tweeting blues

In its early days, Uber was uber cool—premium cars at relatively affordable rates, drivers equipped with iPhones, no-questions-asked service, and high earnings for drivers. Driver partners who jumped early aboard the bandwagon made good money with high fares and higher incentives. As time progressed, more and more drivers enrolled, prices fell, and incentives got reduced.
While the strike has adversely impacted both the commuters and drivers, it also highlights the bearing these cab aggregators have on the financial system. Most of the cars that run under these apps are financed through loans from banks and NBFCs. In order to bring more drivers on-board their platforms, both Ola and Uber assisted drivers to buy new cabs via their leasing services. Assuming the average ex-showroom price of a car to be around `4 lakh and that 80% of this cost is financed by some financial institution, this amounts to around `1,600 crore of outstanding loans in Mumbai alone. Now, if we look at this on a pan-India level, there are 12-15 lakh drivers for these ride-hailing services. Assuming the average cost and financing as earlier, this gives us `32,000 crore of loans on the conservative side. This number is open to debate, but we think this is a fairly reliable estimate.

The advent of ride-hailing apps provided a new source of livelihood to many Indians. More and more people were lining up to buy new cars to be driven as taxis, and at the same time people were migrating to cities to drive these cars, either on fixed salary or commission basis. According to a 2017 report by The Economic Times, fleet operators are estimated to have added more than half a million vehicles over 2015 and 2016, accounting for over 10% of total passenger vehicle sales during this period, largely helped by soaring sales to cab aggregators. App-based cab operators accounted for over 1 lakh cars, or almost one-third of total sales to fleet operators in 2017. While sales of passenger cars for personal use witnessed growth in single digits, sales to cab aggregators was much higher. Major auto manufacturers have also acknowledged cab aggregators as a potential lucrative segment to push sales. In 2016, Ola and Mahindra entered into a partnership for vehicle sales and financing of over `2,600 crore. Earlier this year, Maruti Suzuki announced its intent to set up a separate sales channel for cab aggregators.

Anecdotal evidence suggests that, in the initial days, drivers were able to make `75,000 to even `1 lakh per month when the incentives were good. Many people quit their full-time jobs to drive these cabs. These increasing income levels also enabled the people to improve their standards of living and spend on white goods. The advent of cab aggregators was perhaps responsible for the high growth in consumer durables and vehicle loans. However, with rising fuel prices, reduced incentives, lower fares and higher commissions, earnings of drivers have eroded steadily over the past one year. This adversely affects their ability to repay the loans—both for cars as well as for white goods. Last year, some of the banks had stopped lending to drivers of these cab aggregators. Ola and Uber have also set up their car-leasing services to ensure a steady supply of cars and give confidence to lenders. However, with dwindling incomes, drivers have given up the cabs. Interactions with various drivers for cab aggregators suggest that there are around 1,000 vehicles lying idle in yards on the outskirts of Mumbai alone. A Maruti Suzuki Wagon R is available for as low as `600 per day to be driven around for the cab aggregators. Many of these redundant vehicles have also been put up for sale, but are finding it difficult to solicit any buyers.
The current situation puts the outstanding loans at a major risk of default. News reports also suggest that there have been instances of financiers confiscating the cars of cab drivers when they default on payments. As reported last year, SBI had seized close to 300 cars for payment defaults. “SBI, which has a total exposure of Rs 120 crore towards such cabs, had seen considerable stress in these accounts,” it was reported. SBI saw delinquencies of `15-16 crore in that portfolio. Extrapolating SBI’s default rate to our estimates suggests around Rs 3,200 crore of auto loans at risk.

Another point to note is that most of these cabs are financed by NBFCs and regional and cooperative banks. These small banks and NBFCs might not be in a financial position to take such a hit on their outstanding loans. This could further accentuate the stress on the country’s financial sector. New business models for aggregators should be tried and tested, which are more sustainable. While the bigger corporate NPAs and stressed loans have been stealing the limelight, these small-ticket loans at risk, too, demand attention. They are no longer “prime” and “premier”.

Authors are economists
Views are personal