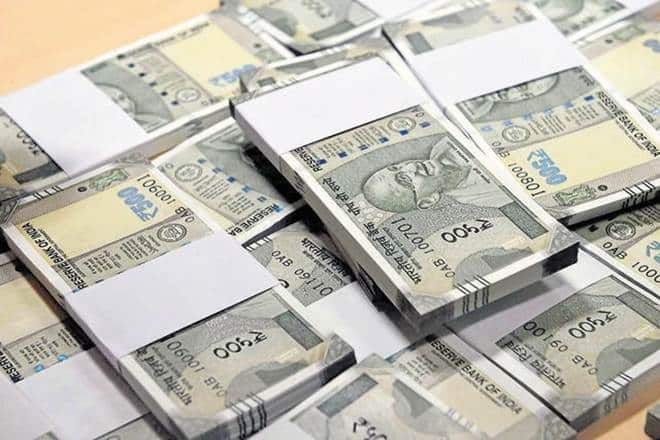 Much has been made about the global slowdown in trade. Global trade intensity, which is a measure of trade as a percentage of GDP, grew dramatically from below 25% in the 1960s to almost 60% by 2012, where it has roughly remained since. Merchandise exports retreated by more than 15% from their peak in 2014, to $16.1 trillion in 2016. All this “bad news” for trade, however, comes in the context of an interconnected world in which digital technologies and services are redefining our products and customer experiences. This raises a question: are we thinking about trade correctly?

When economists and political leaders talk about a nation’s trade, they typically mean the value of goods and services that cross national borders. Measuring trade has long been straightforward in a sense. Say a diesel engine manufactured in England and valued at $50,000 is shipped to an installation in Texas. That transaction would count as a $50,000 export from England to the US.

This traditional conceptualisation of trade, however, is fast becoming outdated. That is because global companies are increasingly delivering services via new business models empowered by the growing interconnection of the world’s people, businesses, and devices through digital technology. As we explained in our recent publication, one driver of business growth is the “servitisation” of traditional product offerings. Companies are moving from one-time asset sales to ongoing streams of revenue from services and pay-for-performance.

Also Read
Why management is both art and science
Understanding the four Vs of operations management – volume, variety, variation and visibility
A habitual offender?
Sanctity of institutions

One consequence of this new global paradigm is that companies are looking at “products” in entirely different ways. Even many traditional hardware manufacturers are increasingly viewing themselves as providers of digitally-enabled services, rather than just physical goods. What’s more, these companies are transforming the ways they deliver their products and services, often in ways that traditional metrics of cross-border trade do not accurately capture. Rather than just loading goods onto crates and then onto a ship, for example, more products are being delivered via digital platforms.Let’s return to the diesel engine example above to understand the statistical dilemma. Under the manufacturer’s old way of doing business, the sale of the asset was often the end of its direct relationship with the buyer, except for any follow-on sales in the form of OEM parts and supplies. With the advent of connected devices, the manufacturer can now offer value-added services beyond the sales of the engine and parts. Sensors collect data that is used to analyse usage and performance. This analysis, moreover, may not be done in England or the US—but in a third country like India, Sweden, or China. The engine manufacturer can develop services and solutions businesses, such as predictive maintenance and proactive replacement of critical parts, to deliver more value and generate new revenue streams.

How do you capture these digitally-delivered services in trade data? Although the analytics work is done in one country, the revenue resulting from it may be booked elsewhere. And since the value delivery is entirely digital, there is no “chain of custody” to track and record such transactions, much less reflect them in trade statistics.

A senior executive at a global consumer appliance manufacturer agrees that tracking contributions to global trade will be increasingly challenging. His company has set up a global analytics centre in India to perform advanced analytics of data transmitted from its growing portfolio of connected devices. The analysis supports its services offerings to customers globally through predictive analytics and value-added digital offerings, as well as the company’s country-specific marketing and sales efforts in its various markets. In each instance, there is cross-border transfers of value. But as this executive noted, it remains unclear how this value transfer will be captured in trade statistics, both in terms of services delivered to the end-user (such as add-on purchases and new features) as well as the value of such information (in the form of marketing strategies) that is traded internally at the organisation.

The so-called Internet of Things is projected to grow five-fold from an installed base of about 15 billion connected devices to 75 billion by 2025. As connected devices become ubiquitous across industries, cross-border flows of digitally enabled services will become a significant part of the global economy. Servitisation examples in traditionally asset-heavy industries already abound. In the transportation/equipment sector, for example, they include Tesla cars, trucks connected to Volkswagen’s Rio platform, and John Deere tractors that are loaded with sensors and digital connections used to develop value-added services. Many of these services are delivered through smartphone apps to any part of the world.

The implications of these trends for global trade are huge. Using cross-border shipments of physical goods as a barometer of trade balance will become increasingly meaningless. So will conventional approaches to measuring trade in services. As more one-off transactions turn into extended, long-term contracts, the share of undocumented digital services will increase as a percentage of services trade.

Governments need to understand this paradigm shift and the multiplier effect that the growing contribution of digital services in global trade will have on economic growth. They then must align their national economic strategies accordingly. Instead of shadow boxing each other over trade balances based on trade in physical goods, it is essential that governments restart multilateral trade talks and develop common rules and standards for the new globalisation. Countries must agree on ways to measure digital trade flows and—just as they did for trade in physical goods and services—craft new rules of the game that facilitate its growth and governance.