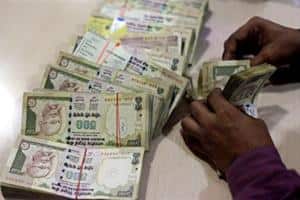 Bank of India will issue shares on a preferential basis to the government for capital infusion of Rs 1,338 crore, the public lender today said.

For the Indian banking sector—which had been seeking an effective bankruptcy law against a backdrop of the poor performance of the reforms undertaken in this regard so far—the new Insolvency and Bankruptcy Code should appear a panacea for NPAs. A quarter century after banking sector reforms were kickstarted, following economic liberalisation, banks have been a sturdy pillar propping the Indian economy, pumping credit into other core sectors. Today, India is the fastest-growing economy of the world—but the poor health of its financial engines has spiked pessimism and raised questions on the sustainability of its growth rate.

Ever since the spurt in lending following the financial crisis of 2008, Indian banks have witnessed a rise in NPAs—by March this year, these were already at R6 trillion (source: Capitaline Plus). Of this, 90% are on the books of the public sector banks, which have to mandatorily lend to priority sectors such as infrastructure and power which are chronically affected by stalled projects and untimely execution. Besides, over the past three years, loans worth R1.14 trillion have been written-off by 29 PSU banks and R7.3 trillion have been appropriated to just 10 leading companies, with threat of up to 25% of this going bad. NPAs are the reason that banks have not been able to transfer the benefit of rate-cuts to the end-consumer (due to increased provisioning requirements) and have thus hindered monetary policy transmission.

Some of the woes faced by banks can be attributed to their lending policies during the 2007-08 boom. Banks, then, had recklessly lent out to large corporate borrowers without carrying out ‘due diligence’—though it is true that even prudent lending can entail defaults, since every possible scenario cannot be controlled or accounted for. Yet, this can be minimised by careful evaluation of borrower credentials and meticulous assessment of project prospects. Also important is post-lending monitoring of the way credit is being put to use for early warning signals of loans turning into NPAs.

Also Read
ESG reporting will build competitive edge
The real banking reforms: By not implementing many of Nayak committee proposals, the govt has disadvantaged PSBs
Data Drive: Mounting PE pressure
Reading the signs: Is the US in recession?

To its credit, the government, aided by the central bank, has set banks on the path to cleanse their balance-sheets by March 2017, a welcome move—and also the reason behind the sudden spike in disquiet regarding NPAs. Moreover, RBI’s decision to consider all restructured loans as NPAs has also impeded corporate debt restructuring (CDR) mechanism conveniently resorted to by banks to camouflage bad loans. As for the Strategic Debt Restructuring Scheme, it shall take some time to permeate as banks, at present, do not have the expertise to find buyers for their debt-turned-equity assets, failing which the loans automatically slip into the NPA category.

Thus, all hopes are pinned on the new bankruptcy law, which would allow any creditor, in the event of a default, to trigger an insolvency resolution process that should typically be completed within 180 days. A significant provision of the code is the so-called waterfall provision which entails that government dues will be paid last—that is, after proceeds have been made to secured creditors, workmen’s dues, employees (other than workmen) and unsecured creditors—and that too only for two years. This shows the government’s sobriety in striking the issue at its gut.

However, it will be quite a while before the law manages to tackle the entire backlog of cases at the debt recovery tribunals because the quantum of such cases have risen by 12 times over the last three years with approximately 70,000 liquidation cases pending. This existing stock is clearly a major challenge for banks and the new code would have to address functional issues in expediting the recovery process.

Till date, India had no single law dealing with insolvency. In fact, the law which is currently in play for insolvency cases is the Provincial Insolvency Act from 1920! Besides, we have the Sick Industrial Companies Act and the Sarfaesi Act, which mean cases being moved by different agencies (High Court, Company Law Board, BIFR, etc.) leading to delays and corruption. This code would definitely bring an end to such long-drawn litigation. However, one important aspect to consider before initiating the insolvency procedure is the intent of the borrower as the real recovery value to be derived after liquidation would depend upon the existence and credibility of the principal assets.

With the passing of the law, a number of questions regarding the technical and macro-regulatory issues have started to crop up. While many of these may get clarified by the relevant authorities, certain critical issues related to the ecosystem, laws, bylaws, certification process, funding, liquidation processes, role of other professionals (lawyers, investigators, M&A experts etc.) will become clear with time. While it is too early for an attempt to assess the final implications of the law, yet there is no refuting that it can go a long way in solving India’s NPA issues. What should follow is a complete comprehension and appreciation of the nuances of the law and keeping an eye out for its enactment. It must also be accepted that the new law alone can’t help fight the NPA woes. There is a strong need to bulwark the bank ecosystems against possible defaults. This can be accomplished by building a solid foundation through comprehensive due-diligence at the time of lending, regular audits, forensic checks and periodic monitoring of books of accounts. Banks should redefine their analytics framework to monitor red flags effectively and on time. Thus, the need of the hour is for banks to forge a governance framework, with a cautious lending approach and a sound fraud mitigation mechanism as well as effective implementation of the new legal framework.

(With inputs from Dipti Chawla and Jyoti Bhowmick)