Negative rates will either mark the dawn of a new era for central banks, or finally unmask the limts of their power. 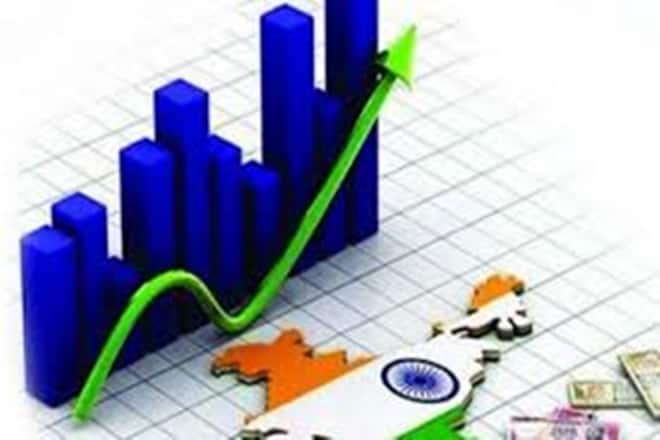 Therefore, NIRP cannot be employed for long and their side effects are immense.

In an attempt to gain sustainable economic growth, there has been a shift in the contemporary economic thinking—unconventional, rather controversial, and poorly understood monetary measures like negative interest rate policy (NIRP) are now being increasingly adopted. Setting interest rates to <0 is often viewed as an unconventional policy, but it is a continuation of the perfectly normal monetary policy practice of moving the short-term interest rate in response to fluctuations in the economy. The idea behind having NIR for excess reserves is that banks will be forced to squeeze out such reserves and lend instead of incurring costs, which in turn will boost domestic demand. Thus, NIRP could be termed as an extreme form of easy monetary policies exercised by central banks to jolt spending, spur inflation, reinvigorate the economy and boost economic growth. Let us evaluate the broader policy implications of adoption of ultra-low and NIRP by developed nations on emerging economies.

With sustained NIRs in advanced economies, the risk-taking channel becomes an issue of domestic concern in emerging markets. The persistent NIRs impede the long-run viability of financial institutions, specifically those that have committed liabilities—thereby creating the need for them to take on additional risk. Low-interest rates/NIR can result in a buildup of financial positions that are attractive only if yields continue to be low. Consequently, global bond yields and the exchange rates in emerging markets become extremely sensitive to fluctuating expectations over monetary policy changes in advanced economies. Hence, frequent bouts of volatility can be witnessed in asset prices and exchange rates of emerging economies. The most noticeable impact is the formation of asset bubbles in emerging markets. There is a high possibility that currencies, bonds, equity and real estate prices can appreciate and attract massive volumes of foreign money in ‘search of yield’. Whether such bubbles are favourable for emerging markets like India is anybody’s guess.

One can even witness the advent of shadow-banking in a number of emerging economies. Cross-border spillover is yet another issue. Central banks in such nations may counter currency appreciation by also easing their monetary policy—so, there have been repeated references to currency wars and competitive devaluations. Moreover, chaotic situations occur when emerging economies borrow massive amounts from advanced economies due to the interest rate differential. The problem surfaces once currencies depreciate, thereby posing debt challenges for emerging countries and the overall economy.
While talking about NIRs, we need to focus on financial stability risks. Though negative rates are anticipated to boost bank lending via extremely low borrowing rates, but, as we know, the impact on lending depends much on investment opportunities, confidence, and the strength of domestic banks’ balance sheets. If the negative policy rates cannot be passed on to lending rates, evidently they can’t increase the demand for loans. Again, if the negative policy rates translate into lower lending rates, but not lower deposit rates, they erode bank profits and, over time, probably weaken the banks’ ability to lend. If the negative policy rates get passed on to both lending and deposit rates, banks stand to lose their retail deposit base, making it challenging for them to attract funds. In this whole process, the intermediary function of banks, which are conventionally at the epicentre of monetary policy transmission mechanisms, could be jeopardised.

Concerning negative rates imperilling central bank independence and integrity, it can be observed that the more easier monetary policies are exercised, accompanied by numerous unconventional measures, the higher the risk to central banks’ independence. Therefore, NIRP cannot be employed for long and their side effects are immense.

Indeed, there are practical limits to pushing policy rates below zero. Hence, these point to the need for greater reliance on fiscal policy, structural reforms, and financial sector policies to increase aggregate demand, uphold financial stability, and reinforce the monetary policy transmission. Negative rates will either mark the dawn of a new era for central banks, or finally unmask the limts of their power.

Follow us on
Latest News
Birla Corporation’s MD resigns, company posts net loss of Rs 56.46 cr in Q2
Rural woes continue for FMCG companies
NSE to trim portfolio of companies
KKR to invest $400 million in Vedanta arm
Deposit rates may rise by 50-75 bps on loan demand
Vodafone goes downhill in 7 circles
Instability in Pakistan
Photos
Lunar Eclipse 2022: Did you get a glimpse of Chandra Grahan? This is how the Moon appeared in different parts of the world
9 hours agoNovember 8, 2022
Happy Guru Nanak Jayanti! A festive look into the celebrations from across the nation
16 hours agoNovember 8, 2022
Dazzling & Astounding! Proposed design of the to-be redeveloped Dakaniya Talav Railway Station in Rajasthan-PHOTOS
4 days agoNovember 5, 2022
Read More
×
Fostering rural India’s growth
Data Drive: The state of EV adoption
The antitrust conundrum
India must reinvent interest policy by surmounting past legacy
Muddying the waters
Green bonds: Work on the ‘greenium’