Sports complexes like the DDA’s Siri Fort one are the need of the hour as they provide much-needed sports infrastructure for the public. 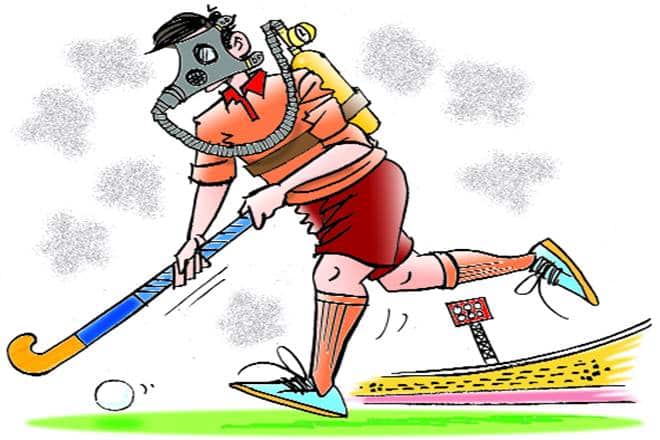 The footfall in the last six years has increased by about 50%! The complex will soon start its parking facility to accommodate nearly 850 cars.

Six years ago, one of us wrote about the Siri Fort Sports Complex in Delhi and the difference it was making to the quality of life of Delhiites. We decided to revisit the complex to see how it has changed over the years and how it has coped with the fast growing demand for the facilities it offers. Our findings are very encouraging.

There are 14 sports complexes offering facilities for more than 30 sports, which were established by the Delhi Development Authority (DDA) in Delhi over the years. They provide space, infrastructure, coaching, and “pay and play” facilities at modest charges, with discounts for school students and senior citizens. The three largest ones are the Yamuna Complex, the Commonwealth Games Complex and the Siri Complex. From skating rinks and basketball courts to swimming pools and tennis courts, from squash, badminton and golf at Siri to archery and table tennis at Yamuna, and of course, cricket fields, walking/jogging tracks, fitness centres, and yoga facilities, they provide an invaluable environment for recreation and physical workouts for Delhiites.

During our visit to the Siri Complex, we found a large number of kids playing in the after school hours. We saw young parents bringing their toddlers to run around in the children’s park next to the swimming pool or families coming together to each play their favourite sport. In the evenings, office-goers stopping by for a few games of tennis and senior citizens pacing along the walking track are a common sight.

On the cricket ground, we saw many young ones busy bowling and batting diligently at the nets. Some possibly harbour dreams of playing for India someday. Others have done it before them. The person showing us around pointed out, with some sense of pride, that Virat Kohli started his cricket with his coach Rajkumar Sharma at a similar but much smaller DDA facility at Hari Nagar.

The absolutely state-of-the-art squash and badminton stadium built by DDA during the Commonwealth Games was there when we visited Siri six years ago, but the growing enthusiasm for badminton in recent years could be seen in the much more lively environment we found inside the stadium. The 30 or so indoor badminton courts were all occupied. The stadium hosts several international tournaments such as Thomas & Uber Cup and Indian Open. About 150-200 students come to the stadium for coaching, and many more come for “pay and play”. The tennis courts at Siri are some of the best in the city, and the coach told us how he loved coaching the enthusiastic kids here even though he had to travel from another corner of the city. Siri is also the only complex that hosts a golf driving range. The football ground is well maintained where kids dribbled and showed off their futsal skills.

The Siri Complex has blossomed with the years and seems to be meeting a crucial need of the residents of South Delhi for a place to walk, to play, to swim and to engage with each other. It is well maintained, well managed and has succeeded in creating a sense of pride in those who use it regularly—members or non-members, old or young. The footfall in the last six years has increased by about 50%! The complex will soon start its parking facility to accommodate nearly 850 cars. We were told that the senior officials responsible for managing the complex are themselves regulars and therefore have their eyes and ears to the ground.

We met with D Sarkar, Commissioner (Sports) of the DDA, and were surprised to learn that he is a black belt in taekwondo and in his youth had worked as a junior instructor at the Himalayan Mountaineering Institute when Tenzing Norgay (first man to scale the Everest) was the director of field training. Sarkar has been using his knowledge of sports to improve the infrastructure facilities at the sports complexes of the DDA and also encouraging the youth to use these facilities. It is rare in government to find the right person for the right job, but Sarkar is one.

We also visited the other two large sports complexes of the DDA, the Yamuna Complex and the Commonwealth Games Complex, to compare. Yamuna Sports Complex in East Delhi is located in a busy residential area and is nearly twice the size of Siri Complex. There being less public parks as well as fewer private clubs in East Delhi, the footfall in the Yamuna Complex is about three times as much as in the Siri Complex, although the number of members seems to be fewer. This renders its infrastructure inadequate, which, in any case, has suffered from disruptions in the course of its development. There was a visible difference in the maintenance of the facilities at the Yamuna complex. The badminton and squash courts looked worn out and we could spot puddles on the football field. The archery and table tennis stadia that had come up for the Commonwealth Games 2010, were a refreshing change. Some of the country’s best archers come to practice in this facility. Some of the areas which were not required for the Commonwealth Games were left out at that time. There are now plans to develop the first proper skatepark of Delhi and a basketball centre within the complex.

The sports complex at the Commonwealth Games Village in East Delhi is the latest, having come up during the Commonwealth Games 2010. The Olympic size swimming pool and the running tracks were used by the athletes to practise and are some of DDA’s best sports facilities. However, the complex could not be completed because of the order of the National Green Tribunal for no further building along the Yamuna floodplains. The Village has facilities only for athletics, badminton, swimming, football, taekwondo, and table tennis—far fewer than all other sports complexes. Sadly, during the recent Lok Sabha elections, the facilities were shut and the complex was taken over by Election Commission officials for two months during the summer vacations.

We need more sports facilities like Siri, but to take full advantage of these facilities, we also need good quality air. Thanks to the windy weather and intermittent downpour, Delhi has been experiencing some of its best (or shall we say least bad) air quality in the last two months. The Air Quality Index (AQI) has dipped to the range of 50-75, labelled as ‘satisfactory’ by the Central Pollution Control Board. A stroll on the walking tracks or a game of tennis, badminton, or football now would do a world of good. Let us hope that the powers that be do not become complacent about the quality of air because downpour shall pass and winter will be back again. If only we can all work together to improve the quality of air, DDA Sports complexes like Siri will help us breathe.

Follow us on
Latest News
Switzerland to expand anti-money laundering regulations around cryptocurrencies
ManipalCigna Health Insurance’s ‘Health Ki Keemat’ stars brand ambassador Manoj Bajpayee
UN: 2 million children in flood-hit Pakistan missing school
US Fed expectedly hiked rate by 0.75%, here’s why the stock market close lower
Apple to launch iPhone 15 with Qualcomm modem; custom 5G chip not ready yet: Report
‘Arrest me if I have committed a crime, why question’: CM Hemant Soren after skipping ED summons
eRise announces expansion program, targets over 200 dealerships by December 2023
Photos
Heart-wrenching! Here is a look at Morbi and the suspension bridge that collapsed
3 days agoOctober 31, 2022
In Pictures: PM Modi in Kargil to celebrate Diwali with soldiers, says, ‘All of you have been my family for years now’
1 week agoOctober 24, 2022
In Pictures: PM Modi inaugurates Deepotsav in Ayodhya; World record set by lighting of over 15 lakh diyas
1 week agoOctober 24, 2022
Read More
×
Does the UN think there are ‘good coups’ and ‘bad coups’?
G20: India is ready for leadership role
Next Gen at Tata Trusts
Lula 2.0 can be a game changer
Premium
Towards zero stubble burning
Premium
One Bill to rule them all?