The National Medical Commission (NMC) Bill, introduced in the Lok Sabha on December 29, 2017, proposes sweeping changes for medical education and regulation in the country. 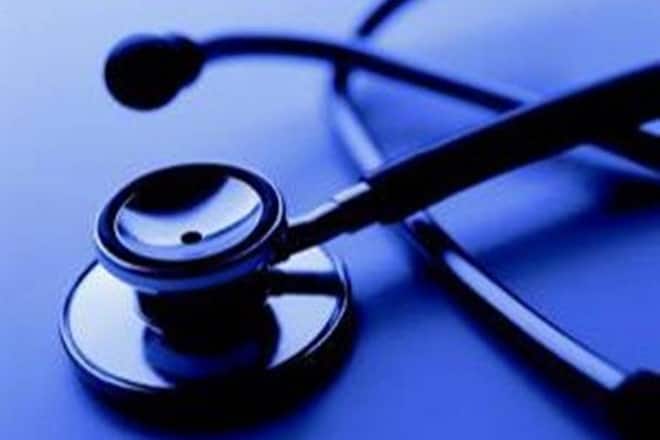 The National Medical Commission (NMC) Bill, introduced in the Lok Sabha on December 29, 2017, proposes sweeping changes for medical education and regulation in the country. (Image: Reuters)

The National Medical Commission (NMC) Bill, introduced in the Lok Sabha on December 29, 2017, proposes sweeping changes for medical education and regulation in the country. It has been referred to the Parliamentary Standing Committee on Health, in view of the debate surrounding it. If it is passed in its current form, it will replace the Medical Council of India, the existing regulator that has been roundly criticised for various failures including rampant corruption, with a 25-member National Medical Commission. The NMC will consist of not just medical experts but also experts from other areas that have intersections with medical education and practice. In an interaction with FE, the president of the Public Health Foundation of India, Prof K Srinath Reddy, outlines the strengths and shortcomings of the Bill.

Where the Bill gets it right

One of the broad positives of the Bill is that it seeks to remove many of the concerns that had led to the previous regulatory body attracting sharp criticism from the Supreme Court as well as a Standing Committee of Parliament. The attempt is obviously to create an entity that preserves overall integrity in governing medical education and practice in India. There is an intent to make medical practice in the country more standardised. Undergraduates, upon passing from medical colleges across the country, will be required to take the National Licentiate Examination to get the licence to practice. The examination will also be treated as the qualifying test for admission into postgraduate courses. The Bill has a broad vision to strengthen health research along with healthcare, though there are certain areas of concern regarding the path it proposes in the case of medical research. It also aims to address the huge shortage of medical professionals in the country, a problem that has become chronic, especially in states that have very poor health indicators.

Also Read
Muddying the waters
Given its track record, India has the moral heft to bring the developed countries to the negotiating table
Green bonds: Work on the ‘greenium’
Understanding the four Vs of operations management – volume, variety, variation and visibility

The debate in the media has centred on the so-called “bridge courses” or cross-learning pathways between Allopathy, Ayurveda and Homoeopathy. The fact this has been provided for actually reveals some measure of desperation in the face of the lack of qualified medical professionals in the country. The cross-learning pathway provision actually undermines the alternative medicine streams. It is a denigration of professionals trained in these streams and the AYUSH vision, to position them as the stand-ins for their allopathic peers missing from the system. There has to be a proper positioning within the health system for alternative medicine practitioners. Cross-learning pathways are helpful for knowledge sharing and promoting mutual respect but are counter-productive if the aim is only to promote cross-practice through hijacking of professionals from one system to another.

Section 10(1) clause (c), which talks of developing the road map for meeting of healthcare infrastructure requirements, clearly trespasses the jurisdiction of the Union and the state governments. The power to decide on where, when and how to create healthcare infrastucture rests with the state governments and the Union ministry of health and family welfare. It is surprising that the health ministry has allowed such an ambitious over-reach. It is perhaps inadvertent and is likely to be remedied.

The Bill has managed to leave out public health experts when it comes to membership of the commission even though it makes clear that three part-time members have to be experts in any of these disciplines—law, patient-rights advocacy, medical ethics, management, science & technology, economics and health research. One would think addressing public health needs are a core function of any healthcare reform. If you look at the National Health Policy 2017, it has a strong public health focus and talks of leadership roles for public health professionals and experts. Interestingly, the search committee that is to nominate members of the NMC does include public health experts.

Another key problem area is the proposed constitution of the Medical Advisory Council (MAC). It will have 67 members—each of the 25 members of the NMC will be ex-officio members. The states will have one representative each as will the Union Territories (nominated by the Centre). The UGC chairman and the director of the National Assessment and Accreditation Council will be members, too. The remaining four will again be central government nominees holding the post of director of IIT/IIM/IISc. Now, this council was supposed to give a voice to the states. However, the quorum prescribed for this MAC is 15. So, if just 15 NMC members meet and decide, it will be held valid as a meeting of MAC.This will mean the very purpose of the MAC is defeated.

What is still missing from health reforms

There is no talk of inter-professional learning. This can pivot the health system away from an over-reliance on doctors when it comes to primary healthcare and also give other health system professionals room for growth. For instance, in certain countries, including the US, there are nurse-practitioners and nurse anaesthetists, that even the National Health Policy 2017 talked about. In a model practiced in Philippines, before you become a qualified doctor, you must have had training as, among other things, a nurse and a community health professional in an integrated programme where different health professionals train together for some years.

As told to Sarthak Ray