Searching for a method in the madness

‘Criminalising’ the National Herald case, raiding a chief minister’s office and using a governor to destabilise the government in a sensitive border state are, in my view, nothing but madness. I wonder if anyone can discover a method in the madness. 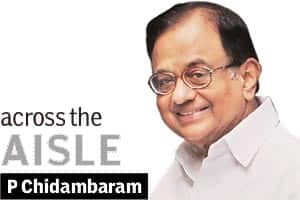 The first round of the Goods and Services Tax (GST) Bill is over. There were no losers.

It is said ‘there is a method in the madness’. The Bihar elections had a lesson for everybody. The BJP learned that there was no one-size Modi cap that will fit all the states. The Congress learned that it could not be the lead player—or a lone player—in all situations. The JD(U) and the RJD learned that there is no such thing as permanent friends or permanent enemies and they have to work hard to remain friends.

One-state parties also learned their lesson in a quiet way. If you are a one-state party, that state is where you belong and that is where you should stay and guard your turf. It is a lesson learned many years ago by the DMK, AIADMK and the BJD and, subsequently, by the Akali Dal and the Shiv Sena. The SP and the TMC have now learned that lesson; AAP will do so soon.

The general expectation, therefore, was there would be sobriety and moderation and all organs of the state would get down to business.

A quick review of the global situation is necessary to set the context. After the terror attacks in Paris (November 13, 2015) and in San Bernardino, United States (December 2, 2015), every country has turned more insecure and, therefore, more inward. Unfortunately, terror is now linked to immigration and anyone with dark skin or a beard or a Muslim name is suspect. Russia, France, then the United Kingdom, and now even Germany have no qualms about going far beyond their borders to strike at the enemies of their countries.

Terrorism now tops the agenda of the advanced—and also, militarily, the most powerful—countries. Mercifully, they spared some time for climate change and will do so for world trade. Once they have sewn up agreements on these two matters, they will go back to their foremost concern—terrorism. Given the scale and reach of the terrorist groups, especially the ISIS, it is difficult to find no merit at all (though there is much to fault) in the approach of the countries that appear to be the most vulnerable to terror.

The world will not notice if India falls off the ladder and that is what we seem to be doing—stumbling as we climb the ladder.

The Parliament session that began on November 26, 2015, offered a great opportunity to rebuild relationships between the government and the Opposition. The GST issue was a low-hanging fruit. The report of the committee chaired by the chief economic adviser could have been used to pave the way for an agreement on the three contentious issues: the 1% additional tax was anyway dead, no state was totally opposed to a dispute resolution mechanism, and a rate cap could have been provided through skilful drafting.

The government, for no reason at all, jumped into the battle and took sides.

As the National Herald issue was again moving toward the courts, the Central Bureau of Investigation (CBI) ‘raided’ the office of Mr Arvind Kejriwal, the chief minister of Delhi. The CBI claimed to be looking for old files relating to the education, health and information technology departments in which a secretary to the chief minister had worked some years ago. How did the CBI expect to find those files (old and belonging to other departments) in the chief minister’s office? No answer. In the end, the CBI did not find those files in Mr Kejriwal’s office and only lived up to its reputation of being a “caged parrot”.

Even as the war of words over the raid on Mr Kejriwal’s office was raging, the governor of Arunachal Pradesh (a BJP government appointee) took the extraordinary step of summoning the Legislative Assembly, without the customary advice of the state Cabinet, to impeach the Speaker. The unstated goal was to install a BJP government comprising defectors from the Congress party!

‘Criminalising’ the National Herald case, raiding a chief minister’s office and using a governor to destabilise the government in a sensitive border state are, in my view, nothing but madness. I wonder if anyone can discover a method in the madness.