Out-of-pocket expenditure on healthcare is falling, but to realise Universal Health Coverage, India needs much more government investment, especially from states. Compared to OOPE estimates of 69.4% of total health expenditure (THE) in 2004-05 and 62.6% in 2014-15, these reductions are welcome. But countries must go below 20% OOPE to achieve UHC 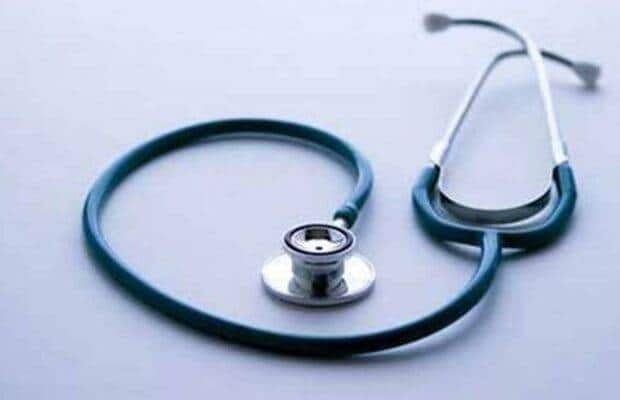 By K Srinath Reddy & Sarit Kumar Rout
The National Health Accounts (NHA) FY18, released recently, brings mixed messages. It reports a decrease in out of pocket expenditure (OOPE), but at low levels of overall spending on health and government health expenditure (as percentage of GDP). Reduction in OOPE signals that the financial burden caused by healthcare expenditure is getting lighter. However, much higher levels of government financing are required for delivering needed health services to all citizens, with assured quality and minimal financial stress.

NHA is a standard tool used to monitor resource flows to the health system and expenditures across its various components. It helps in planning, budgeting and evidence-informed policy making. Many advanced economies have institutionalised NHA within their health systems. India envisioned it in the National Health Policy (NHP) of 2002.

While initially tasked to a cell in the Union ministry of health and family welfare (MoHFW), the mandate moved to a technical secretariat in the National Health Systems Resource Centre (NHSRC) in 2014. A standardised system of health accounts (SHA 2011) enables comparisons across years within India as well as international comparisons in any year. NHA Guidelines for India were developed in 2016. State governments too should start regularly compiling and publishing State Health Accounts (SHA).

Compilation of NHA requires sourcing of information from a wide array of central and state government agencies and institutions, private and voluntary sectors and the insurance industry. The latest report is for FY18. The disruptive impact of Covid pandemic came later, altering the priorities for investing in health systems and services. Nevertheless, the report offers lessons to chart our future path towards universal health coverage (UHC).
NHA FY18 reports an OOPE of 48.8%, marking an impressive 10% reduction from 58.5% in 2016-17. Much of this decrease was due to increased capital expenditure by the government.

Excluding that component, which does not have an immediate bearing on a citizen’s healthcare expenditure in the year under review, OOPE was 55.1% of the current health expenditure (CHE). Compared to OOPE estimates of 69.4% of total health expenditure (THE) in 2004-5 and 62.6% in 2014-15, these reductions are welcome. However, countries must go below 20% OOPE to achieve UHC, according to WHO and the World Bank. We still have a long way to go.

A low OOPE is meaningful only when needed health services are widely available and easily accessed. Otherwise, paucity of health services may lead to non-utilisation of healthcare, resulting in a low level of OOPE. It is necessary to increase access to quality health services, while reducing the financial burden to those who utilise them as per need.

This criterion, which blends adequacy and affordability of health services, must guide our assessment of OOPE.
For the health system to be capable of readily absorbing and appropriately utilising increased budgetary allocations, front-end spending is needed on infrastructure, equipment and health workforce expansion. NHA FY18 reveals that government capital expenditure on infrastructure and medical education went up to 11.5%, from an average of 7% of THE in previous four years. These investments will yield future health benefits.

However, THE itself fell from 4.2% of GDP in 2004-05 to 3.3% in 2017-18. For UHC to be feasible at our level of economic development, THE has to be above 5% of GDP, with the largest fraction coming from government expenditure. THE of 3.3% reflects low financing by the government and low spending capacity of the people. Combined central and state government expenditures did rise by 23% in FY18 compared to FY17, indicating an attempted correction. This led to an 8% increase of government share in THE.

Findings from the recent NHA reveal a low level of financial protection against hospitalisation as only 12% of CHE is channelised through the insurance mechanism, of which, 3.66% and 1.88% are via social and government insurance, respectively. Appetite for private individual insurance subscription is extremely low, as this constitutes 3% of CHE. The role of PMJAY as a publicly-funded insurance will be assessed in the coming NHA rounds.
Despite an increased share in THE, government investment in health did not keep pace with the country’s economic growth.

Government spending amounted only to 1.35% of GDP, well short of the 2.5% of GDP target set for 2025, by the National Health Policy (NHP) of 2017. The ascent seen in the NHA of 2017-18 must accelerate, to attain the modest 2025 target. The share of states, in government health expenditure, decreased from 68.6% in the previous year to 59.2%, while share of the central government rose from 31.4% to 40.8%. States need to step up spending on health. A three-fold increase in funding of defence medical services contributed to the sharp rise in central expenditure. Other areas too need attention, especially primary healthcare and health workforce expansion.

Besides aiming for a further reduction in OOPE, we must also increase the level of service coverage. While coverage by India’s health services has been estimated to be 55%, other countries which have adopted a predominantly tax based funding model of UHC have done better. Thailand, for example, has service coverage of 82%, while Sri Lanka has 66%. Tax-based funding translates to higher financial protection and better service coverage, while private purchase of health services escalates OOPE while shrinking service coverage. India’s path to UHC lies in higher public financing. Future NBA reports must testify to the political will, of central and state governments combined, to raise public financing for health. The recently launched Health Infrastructure Mission is expected to raise the level of public financing.

Current government expenditure was 54.7% on primary care, 31.5% for secondary care and 6.4% on tertiary care. NHP 2017 calls for 70% of the government health expenditure to be directed to primary care. It needs sharper focus, with the urban health mission awaiting attention. Private expenditure was 37.6% on primary, 36.3% on secondary and 23.3% on tertiary care. This reflects the skew of private healthcare facilities towards advanced care. Private hospitals accounted for 33.6% of current health expenditure. A substantial proportion of CHE (around 23%) was on purchase of retail drugs, which included both prescribed and non-prescribed drugs. Pooled public procurement and distribution of quality assured generic drugs and price controls are clearly needed.

After 18 months of Covid-19, financial year 2017-18 appears to be from another era. However, learnings from that year’s NHA help us to plan for health system strengthening in the post-Covid years. The special financing packages for Covid emergency response, announced by the central government in 2020 and 2021, represent an extraordinary situation. The resolve to increase public financing for health must remain strong even after Covid.