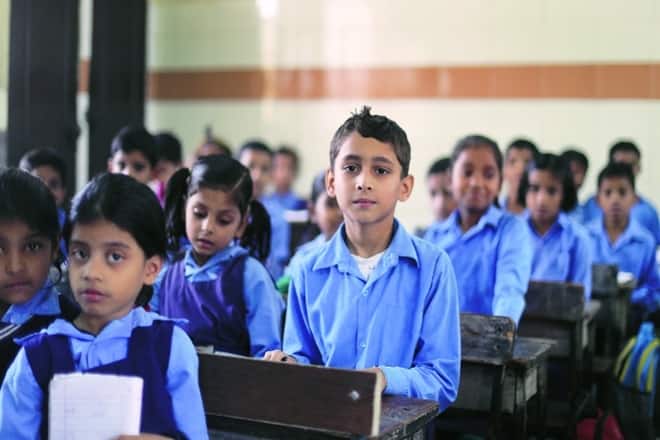 The action plan needs to focus on the teacher who plays a pivotal role in imparting education.

The first education policy was formulated in 1968. Thereafter, it was followed by the second one in 1986. Now, a committee has been constituted under the chairmanship of K Kasturirangan to formulate a new education policy. However, the key question is whether there is a need for a new education policy. It is undoubtedly true that what has so far happened in the education sector leaves a lot to be desired. However, whether the dismal performance is on account of a policy gap or there are other factors that are responsible for the current state of affairs remains to be seen. This piece looks at the rationale for a new policy in the school education sector. Let us first understand what has not happened in the education sector. Why has it not happened? How can it happen (whether through policy intervention or otherwise)?

Two things have certainly happened during the current millennium. The infrastructure (school buildings) has certainly shown remarkable improvement though there is still a long way to go. And, thanks to the mid-day-meal, we have managed to get the child to the school. However, what is appalling is the poor quality of education that is imparted in most of the government schools. This is evidenced by the fact that the learning outcomes have actually come down during the past decade despite enormous amount of investments. The number of teachers has gone up substantially and the average pupil-teacher ratio comes close to the required levels. However, this does not solve the problem of quality. To begin with, a large number of teachers are not qualified to teach, yet they are teaching. According to a rough estimate, out of 8 million teachers, around 1.4 million fall in this category. Politics has seeped into this cadre in the most insidious manner resulting in a skewed distribution of teachers in most of the states as the tendency is to hang in and around urban areas.

Also Read
Has Indian IT shot itself in the foot?
A capital concern
Walking the talk on sustainability
Labouring on reform

The Right to Education Act did precious little to salvage this. In fact, in some cases, like the no-detention policy and the mandatory provision relating to qualification and number of teachers, it created more problems than it solved. A tedious process of amendment had to be resorted to to correct some of the wrongs.

Most of the action relating to education lies with the states. In any case, the country is too diverse to consider a single mandate by way of policy for the entire country. If a teacher does not go to a school in Kerala, he could well be “lynched”, but in some of the states of northern India, they consider it their right not to go to the School. There are instances of these regular teachers employing a “substitute” to represent them and even teach on their behalf.

Can a policy solve the problems that beset this sector? In fact, as mentioned above, problems vary from region to region. In any case, if policies were to solve the problems of the country, they would have been solved long ago. There should be just a short policy statement outlining the objectives: Providing quality education to every child in the country. What is actually required is an action plan clearly outlining: What needs to be done? How it will be done? Who will do it? And, by when it will be done? The roles of respective entities should be clearly defined so that performance can be assessed. One has often wondered why should only the Central government assess the performance of states? Why can’t it be the other way round?

The action plan needs to focus on the teacher who plays a pivotal role in imparting education. The entire value chain needs to be looked at, understood, and its interventions clearly outlined. Everything from pre-service training to the selection process, to in-service training, to transfer and posting, to engagement of teachers in non-educational activities, to their promotional avenues and morale will need to be looked at. An action plan for each state will have to be worked out in detail, clearly outlining the roles of the Central government and the respective state government. Intervention for each state will vary from state to state. Unlike the present dispensation, there will have to be sufficient flexibility in the central schemes to accommodate differences amongst states. The whole approach has to be outcome-based rather than input-based as has been the case so far.

Our country has been obsessed with the western world. We had looked at Finland, England, Scotland, Holland and all the lands of the world but not at motherland. A lot of wonderful work is being done within the country but has so far gone unnoticed. “Policy” can not help in this regard. What needs to be done is to facilitate the identification, understanding and scaling of successful practices. If these homegrown practices have succeeded in the prevalent objective conditions, the chances of their replication and scaling are pretty high as compared to an ‘imported’ idea or practice. What is also required is imparting of learnings from states, like Rajasthan, that have turned it around through some remarkable state level interventions, both administrative and financial. Policy debates provide food for intellectual stimulation but what matters is what is done on the ground. Hence the dire need for an action plan.

The author is Former secretary of the government of India

Follow us on
Latest News
Apple iPhone 14 launch event live streaming: How to watch Apple Far Out 2022 event on September 7 and what to expect
Interview: Avnish Anand, COO, CaratLane
ON THE SPOT: ‘It found an opportunity where there was none’
Reliance Retail lines up popular brands buying
Nifty must break above 17800 for decisive upmove, support around 17450; 5 things to know before opening bell
Plaksha University aims to launch metaverse labs as India bats for web 3.0
7th Pay Commission DA Hike Date: When will Dearness Allowance increase for Central Government Employees?
Photos
Redmi 11 Prime 5G hands-on review in PHOTOS: First look at design, specs, features, and more
15 hours agoSeptember 6, 2022
INS Vikrant: These photos of the aircraft carrier will fill your heart with pride
3 days agoSeptember 4, 2022
Historical Day! Indian Navy gets indigenous aircraft carrier, joins niche group of countries to build its own carrier
4 days agoSeptember 2, 2022
Read More
×
Walking the talk on sustainability
A capital concern
Labouring on reform
Missing the main player
Missing the spirit of the IBC
Booster for Indo-UK ties