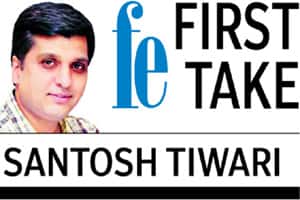 Ahead of the third phase of the crucial five-phase Bihar Assembly elections 2015 due on Wednesday, Prime Minister Narendra Modi’s almost single-handed tackling of the Nitish Kumar-Lalu Prasad Yadav–Congress combine leaves no doubt now about how critical it is to win the state for both the sides.

Never before in India’s election history has an assembly election in a particular state been fought so intensely by the central leadership of a party in power the way the Bharatiya Janata Party (BJP) is doing it in Bihar, and for obvious reasons.

Talk to any senior official in the central government about taking a decision on any important policy matter and he will tell you ‘after Bihar elections’, which is not hard to understand.

If the JD(U)-RJD-Congress coalition fails to win this election, it will not only signal cracks in the caste politics in the state, but will also weaken the opposition parties considerably at the centre and force them to rethink their strategy of obstructing the reform bills and the NDA policies.

PM Modi, therefore, badly needs to show that people in states like Bihar now favour growth and employment opportunities over caste politics. This is why he is talking about making Bihar the cradle of Second Green Revolution in the country and has successfully changed the discourse to ‘vote for progress’.

This could attract at least the youth, especially those voting for the first time – out of the 6.68 crore voters in the state, the number of newly eligible electors is 24,13,024, or 3.61%. According to the official figures, “Out of the 38 districts of Bihar, Patna at 1.42 lakh electors has the highest number of newly eligible electors, followed by Madhubani, at 1.25 lakh electors”.

Though a large chunk of people in Bihar thinks that Nitish Kumar has done a good job as chief minister – it is also true that whether they will vote for him with the RJD supremo Lalu Prasad Yadav as a partner, remains questionable. So, PM Modi is trying his level best to attract those who could be swayed by promising sustained growth and progress, which did click in the Lok Sabha polls last year.

Success in Bihar will reinforce his resolve to look at ways to push for easier Land Acquisition norms, passage of the Goods and Services Tax (GST) Bill in the winter session and easing of the labour law rules among others that are pending because of the parliamentary logjam.

The opposite will make PM Modi’s job much tougher as an emboldened RJD-JD(U)-Congress, along with parties such as Trinamool Congress with Samajwadi Party also joining the ranks could be a formidable opposition to deal with.