Narendra Modi Israel visit: Here is what India can learn from the Jewish country

Prime minister Narendra Modi will make history this week when he visits Israel, being the first Indian PM to do so since Independence. 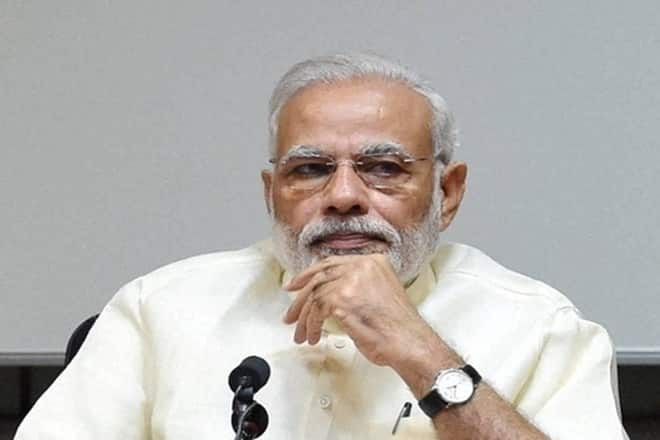 Prime minister Narendra Modi will make history this week when he visits Israel, being the first Indian PM to do so since Independence. The Indo-Israeli partnership is likely to get stronger by deepening and broadening areas of cooperation. Israel is already an important supplier of defence equipment to India, but this time, cooperation is likely to go much beyond, and include even water and agriculture. We focus on this here. In preparation for this visit, ICRIER and Israeli Embassy in India jointly organised a brain-storming session on potential partnership in water, which was attended by several experts from India and Israel.

Daniel Carmon, Israeli ambassador in India, has been extremely pro-active in leading the Israeli team. A few takeaways of this session may result in some MoU between the two countries. It is well-known that India is already water-stressed, with annual per capita availability of water at less than 1,500 cubic meters (cu m), and in the years to come, it is likely to worsen. Currently, about 78% of fresh water in India is used for agriculture.

But Israel has per capita water availability of less than 200 cu m. It is an extremely water-scarce region, and yet exports high-value agri-produce to Europe and many other countries. So, if India has to learn about how to augment water supplies and how to use it more efficiently, there is no better country-experience than Israel’s. And PM Modi is spot on in trying for a deeper partnership with Israel on water as the country is known as the land of innovations in water management, be it drip irrigation, recycling of urban waste-water for agri-use, or desalinisation of sea-water for drinking purpose.

PM Modi has already spoken of har khet ko pani and “more crop per drop” embedded in his Pradhan Mantri Krishi Sinchayee Yojana (PMKSY). The technology of micro-irrigation (drip and sprinklers) is not alien to India. In fact, Jain Irrigation Systems Limited has done wonderfully in this area, and even taken over the second-largest Israeli drip irrigation company, NaanDan. If PM needs to see for himself the wonders of drip, he could simply go to Jalgaon and see how Jains are innovating further in this technology, with a simple motto of “Small Ideas, Big Revolutions”.

India already has about 9 million hectares under micro-irrigation, but there is considerable potential to scale up. So, the issue is of scaling up quickly. And here, there is a lesson from Israel: Any scaling up of technologies needs the right policy environment. Water is not a free good. It needs to be priced to reflect its scarcity. Can Modi government usher in reforms to appropriately price water and power for irrigation purpose?

That is certainly a tall order and, so far, the government has not shown much appetite to reform the regime of high subsidies on these, leading to their inefficient use. It is not lack of technologies. Besides, as per the Israel Water Law, all water in Israel is common-property resource and the government does accounting for every drop of water, ensuring good water governance. As a result, in 2013, of the total water available in Israel, almost 16% came from desalination of seas, and another 22% from recycling of waste-water. And interestingly, almost 62% of the irrigation water used in Israel came from recycled and brackish water, thus saving potable water for domestic use.

It is this recycling of waste-water for irrigation—of course, with proper treatment to make it safe—that needs urgent attention in India. With an ambition of creating 100 smart cities, can the Modi government make recycling of waste-water for use in peri-urban agriculture an integral part of such vision? Only time will tell what PM Modi learns from Israel and what gets implemented in India at scale. Again, the technology to do it is not unknown. In fact, the municipality-owned sewage treatment plants in Surat and Nagpur supply treated waste-water to textile industries and a thermal power station, respectively.

Similarly, desalination technology can benefit India which has a long coast line, of about 7,500 km. Nemmeli desalination plant in Tamil Nadu, a source of potable water for Chennai, and the Jamnagar desalination plant in Gujarat, set up by Reliance Industries, are some of the existing Indo-Israeli partnerships in desalination of sea water. Adoption of these technologies is still at a nascent stage in India owing to the high capital cost involved. The key issue for India is who bears the cost of such technologies—the government or the beneficiaries or both? Again, this is an issue of public policy, which needs to be sorted out at our end.

Another area of potential cooperation is cleaning of polluted rivers. As per government reports, between 2009 and 2015, the number of polluted rivers and river stretches in India has almost doubled. Almost 63% of the total sewage generated in the country is discharged into water-bodies without any treatment resulting in acute river pollution. The Ganges and Yamuna considered the holy rivers of India ironically are also the two most polluted rivers. Over the last 35 years, programmes for cleaning up the Ganges have failed to achieve any significant success.

Recently, the Delhi government has decided to engage Israeli technology delivered by the Ayala Water and Ecology Limited to clean up 8 km of polluted stretch of the Yamuna. Depending upon the degree of success in this venture, one can scale up the role of Israelis in cleaning up other rivers in a joint venture framework. An integrated approach to solving India’s emerging water crisis, involving G2G, G2B and B2B interactions between Indians and Israeli counterparts has much to offer, not only to these two countries but also to several countries in Africa that are starved of water.

Gulati is Infosys Chair professor for agriculture and Mohan is consultant, Icrier