MSMEs: Back to the grind, but not out of the woods

The optimism sounded by some needs a check; the projected revenue growth in Fy22 is over a low base, and growing credit uptake must be weighed against rise in NPAs 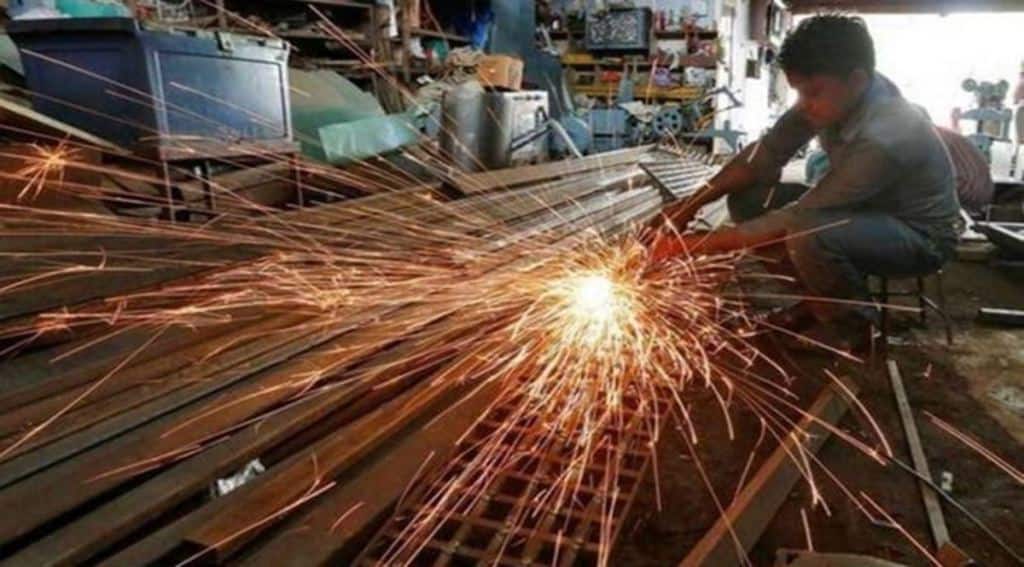 Some green shoots of recovery are emerging in construction, exports, commodities and consumption services as the normalcy of economic activities in these sectors are restored.

The Covid-19 pandemic and the protracted lockdown severely affected India’s 6.3 crore micro, small and medium enterprises (MSMEs). The government of India (GoI) announced several support measures like credit guarantee schemes, loan restructuring measures, moratorium and deferment of interest payments on borrowings, and a few others under the broad umbrella of Atmanirbhar Bharat initiatives to help the sector come out of the woods. Did such policies have any positive impact on the sector’s revival prospects?

A recent Assocham-Crisil report titled MSMEs back to the grind suggests so, based on the following. First, the sector will likely see a pro-cyclical growth in revenue of around 15-17% in FY22 and between 11-13% in the ongoing fiscal. Some green shoots of recovery are emerging in construction, exports, commodities and consumption services as the normalcy of economic activities in these sectors are restored.

Also Read
Inside track by Coomi Kapoor: 75 and counting: Firsts among many equals
Across the aisle by P Chidambaram: The economy we will take into 2023
What it will take to realise UP’s ambitious solar policy
Looking back at competition law in 2022

Second, MSME-lending by banks and non-banking finance companies (NBFCs) is exhibiting steady year-on-year (y-o-y) growth, 7% in FY21 and an expected 7-9% in FY22, implying an uptick in borrowings and investments by MSMEs. The rising digitalisation of the sector has aided access to financial services provided by new-age fintech firms.

Third, export-linked MSMEs continue to exhibit steady growth in this fiscal, as global companies increasingly adopt a China+1 strategy, in a bid to diversify their supply chains. Sectors such as healthcare, chemicals, ceramics, dyes and pigments are posting strong recovery due to such de-risking (from China) strategy.
Does all this mean that MSMEs are out of the woods? Not really.

The projected revenue growth in FY22 is on the back of a negative 10% growth in FY21, implying a low base effect more than anything else. Besides, an earlier survey across a random sample pool of 1,029 MSMEs across the country revealed that over 50% of the surveyed MSMEs witnessed an erosion of more than a quarter of their revenues in FY21. Nearly two-thirds reported a decline in profitability due to lower revenues and escalating costs. Further, as per the MSME ministry’s own admission in Parliament, the number of MSME closures increased nearly 17x—from 330 Udyam-registered entities in FY21 to 5,577 entities in FY22—clearly indicating the prevailing distress in the sector.

Similarly, the recent trend of a rise in credit uptake needs to be weighed against the fact that there has been an alarming rise in loan delinquency and NPAs of MSMEs. MSME NPAs have increased from 8.6% in FY19 to 12.5% in FY21, and are predicted to stay around the same level in the current fiscal. Worryingly, the rise in NPAs has been despite the Reserve Bank of India’s (RBI’s) four MSME-loan-restructuring schemes announced between January 2019 and May 2021. Besides, the sector remains grossly under-served despite a rise in borrowings. Latest estimates suggest that while the credit demand of MSMEs is around $500 billion, the supply from formal sources remains below $200 billion, implying that the credit gap is substantial.

The conflicting signals underscore the need for a more careful and nuanced interpretation of the recent numbers and a realistic assessment of the ground situation. Else, misplaced and premature optimism may undesirably divert policy attention from issues that continue to hinder MSMEs’ revival in the aftermath of the pandemic. The wounds inflicted by the pandemic (and the prolonged lockdown) on MSMEs are indeed deep and painful, suggesting the need for continued and targeted public policy interventions.

First, the government should focus on lowering the business costs for MSMEs, an urgent imperative given the state of high wholesale and retail inflation and the rising cost of borrowings in India. The concessional corporate tax rate of 15%, applicable for newly incorporated manufacturing units, should be extended to all MSMEs for at least the next 2-3 years. Lowering GST rates and customs duty on raw materials can also decrease overall costs, helping MSMEs stay afloat in such a challenging business environment.

Second, recommendations of the Parliamentary Standing Committee on Industry to extend the loan repayment period for MSMEs under ECLGS to 7-8 years, and at least a two-year moratorium period on the principal amount should be accepted without delay. Such steps can provide the much-needed cushion against the slew of onslaughts inflicted by the pandemic.

Third, there is an urgent need to devise MSME-specific, export-linked insurance products. If India plans to catapult itself as an alternative to China in newly emerging global and regional value chains, the government needs to facilitate export credit insurance to the export-linked MSMEs to cushion them from global uncertainties and macroeconomic shocks. The government should also mandate time-bound approval of insurance cover and claims given inordinate delays hurt businesses, especially in today’s challenging business environment.

Finally, only about 14% of total MSMEs are registered on the MSME digital registration portal—Udyam. Onboarding the remaining 86% of an estimated 6.33 crore MSMEs should be carried out in a mission mode. This is because most government support schemes, aimed at fulfilling the operational liabilities of MSMEs through low-cost credit, such as the Emergency Credit Line Guarantee Scheme (ECLGS) and the Credit Guarantee Fund Trust for Micro and Small Enterprises (CGTMSE) scheme, are available to registered entities only. Further, onboarding onto Udyam can also help MSMEs take advantage of the Samaadhan portal, a delayed payment redressal platform, in a more streamlined and timely manner. Latest estimates suggest that approximately Rs 10.7 lakh crore (amounting to 6% of India’s GVA for FY21) is stuck as delayed payments to MSMEs, severely constraining their working capital needs.

India’s economic revival from the prolonged pandemic-induced slump critically hinges on the performance of the MSMEs, which represent 90% of the country’s enterprises, employ 60% of the workforce, and account for 49% of total exports and about 30% of India’s GDP. While MSMEs are back to the grind, they are not out of the woods yet. The government needs to enact necessary reforms and policies to ensure that the growth and vitality of the sector are restored at the earliest.

Authors are with IIM-Ranchi Views are personal