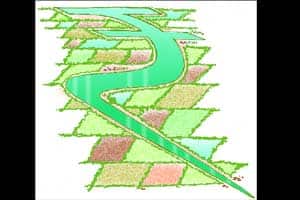 The spate of recent farmer suicides has once again drawn the country’s attention to the deepening agrarian crisis.

Media is abuzz with opinions and expert advice on how to provide succour to the farming community. Oft-repeated among these is the demand to increase public investment in irrigation.

However, we need to remember that, since 1990, public irrigation in India has proved to be a bottomless pit.

Also Read
India has finally broken its silence over the China-Taiwan tensions
An Agnipath for the IAS?
The Social Dilemma of personal data
Wracked by deficiencies

According to a Reserve Bank of India study, between 1991 and 2007, the country invested over R2.55 lakh crore (at 2007 prices) in public canal systems. Yet, thanks to poor management, the area served by government canals decreased by 38 lakh hectares during that period. The gap between irrigation potential created and utilised has steadily increased. Without reforming management, public investment in irrigation is simply throwing good money after bad.

The silver lining is that there exists in the country over 2 crore hectares of already created irrigation potential that remains unused. This can be quickly utilised simply by replacing ‘lazy’ irrigation management by a ‘proactive’ and vigorous approach. Madhya Pradesh has recently shown how.

As chief minister, Shivraj Singh Chouhan emphasised agricultural growth even more than what Narendra Modi did in Gujarat. Rapid expansion in wheat-irrigated areas in the winters has been at the centre of his strategy. This has proved to be a masterstroke and had delivered to Madhya Pradesh unprecedented agricultural growth rate exceeding 20% per year for the past three years.

In 2003, when Chouhan first assumed charge, government canals in Madhya Pradesh irrigated just around 6.5 lakh hectares. Under his prodding, irrigation inched up. In fact, in the 2008 assembly elections, Chouhan reaped rich electoral dividends from farmers for his irrigation policies. So, in 2010, after sacking a corrupt official, Chouhan brought in Radheshyam Julaniya, known to be a dynamic, upright and pushy officer, to run the irrigation department. Chouhan promised him stable tenure and total support in stamping out political interference.

A World Bank loan and internal resources were found to prioritise and quickly complete last-mile projects with high potential. Lining big earthen canals helped greatly and quickly. Dud projects started under political pressure were abandoned. MGNREGA funds were used for desilting and cleaning of canals. Small investments in rehabilitating over 4,000 minor irrigation schemes and revamping their management doubled the area served by them in just two years from 3.67 lakh hectares to 7.6 lakh hectares. About 2,000 water user associations were revived and actively involved in irrigation management.

Unstinted support of the chief minister empowered the irrigation bureaucracy to establish order and rule of law in canal commands. Local political interference was firmly crushed. When needed, the chief minister intervened directly. This had magical effect on the department’s morale, which was further enhanced by a new system that recognised and felicitated high-performing staff. The chief minister’s backing also made coordination with agriculture, forest, revenue departments and district collectors easier, quicker and result-oriented.

Time-consuming peripheral issues were decluttered. An invigorated irrigation bureaucracy was focused on the core task of delivering water to as many farmers as possible. The long abandoned practice of engineers overseeing irrigation operations in the field got revived with the secretary and chief engineer themselves frequently heading out in the field. Close monitoring of irrigation progress through regular weekly video-conferences and newly-introduced ICT systems created pressure for performance. In a masterful innovation, the engineer-in-chief compiled a 4,000-strong directory of mobile numbers of tail-end farmers in various systems and would randomly call any of them to enquire if water reached their fields. In time, constant contact with tail-end farmers on mobile phones became a standard monitoring device across the departmental hierarchy.

Obsolete irrigation schedules were revised and water allowances reduced to reflect new cropping patterns adopted by farmers and to spread available water on larger area. Lift irrigation from canals was regularised and charged for. Two months ahead of every irrigation season, the department would be mobilised to desilt and clean all main canals while water user associations cleaned sub-minors and field channels. System managers were ordered to operate all canals at full-supply level so that water reached tail-ends. Breaches, when they occurred, were quickly repaired. Department staff was in the field to manage strict canal rotations announced earlier and enforce tail-end-first irrigation protocol.

This is opposite of what happens under ‘lazy’ management when head-end farmers grab all the water first, leaving nothing for tail-end farmers.

This is how Madhya Pradesh realised 20 lakh hectares of new irrigation land by spending less than R2,000 crore.

Now, the state wants to continue this way with one-third its current staff. Is this sustainable? Perhaps not. But, for now, Madhya Pradesh’s irrigation department is a shining example of ‘minimum government, maximum governance’.

Tushaar Shah is a senior fellow at Colombo-based International Water Management Institute (IWMI). Pankaj Kela is a consultant with IWMI