From data protection to incentives, govt needs to step on the gas to push the initiative to make ‘doing business’ easier for MSMEs. No dedicated official app for Udyam registration exists. An app-based registration process instead of a web-only based process can simplify and improve the onboarding system 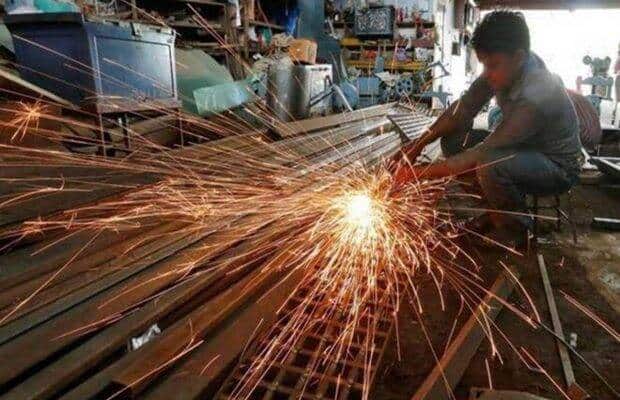 That said, the key underlying issue leading to poor response might be the fear of excessive scrutiny of business operations by government agencies and a related rise in compliance costs for the enterprises.

The Centre announced two important steps over the last year to support MSMEs disproportionately affected by the Covid-19 pandemic. First, it introduced a new composite criterion based on higher investment and turnover thresholds for classifying MSMEs so that they could continue reaping benefits provisioned under the MSMED Act, 2006. Second, the government introduced a new, fully-digital registration system called the Udyam to facilitate the ease of doing business for MSMEs.

The Udyam initiative is particularly noteworthy as it represents a significant step towards creating a level-playing field for MSMEs through digital inclusion.

First, Udyam allows MSMEs to auto-register in the Government e-Marketplace (GeM), which facilitates online procurement of common-use goods and services by various government departments, organisations and PSUs. Registration provides MSMEs with an equal opportunity to access and sell to the B2G market segment. Ongoing efforts to integrate GeM with the Indian Railways E-Procurement System (IREPS), India Post and the Ministry of Panchayati Raj will further expand business opportunities for registered MSMEs.

Second, MSMEs registered with Udyam can also participate as sellers on one of the three Trade Receivables Discounting System (TReDS)—Receivables Exchange of India (RXIL), M1Xchange and Invoicemart. Since TReDS facilitates financing of trade receivables of MSMEs from corporate buyers through multiple financiers, such a factoring arrangement can help reduce the working capital demands of MSMEs.

Third, despite some compensatory provisions under the MSMED Act, 2006, the issue of delayed payments remains a critical challenge for MSMEs. In this regard, over 90,000 complaints, involving a sum of around Rs 24,300 crore have been filed by MSMEs over the past four years. Udyam-registered MSMEs can take advantage of the Samaadhan portal, a delayed payment redressal platform, to resolve their outstanding issues in a more streamlined and time-bound manner. The Micro and Small Enterprise Facilitation Council (MSEFC) has the power to direct the buyer unit to pay a monthly compound interest of three times the bank rate for any payment default beyond 45 days.

Fourth, Udyam registration also simplifies availing of financial assistance from central and state government financial institutions. Registered entities can get easier access to benefits, including guarantees, work execution loans, bill discounting, government promissory note discounting, and equipment finance for amounts up to Rs 50 crore. Financial institutions are often reluctant to lend to MSMEs because they lack access to information regarding their creditworthiness. The Udyamportal, with its interlinking to GST and TReDS platforms, can provide the relevant data to carry due diligence exercises by the financial institutions.

Despite having several advantages, the Udyam initiative has not received an encouraging response so far. Of a total of 6.33 crore MSMEs in India, the number of enterprises registered for Udyam since its launch is only 57.1 lakh, less than the number of registered enterprises under the Udyog Aadhar Scheme (little over 1 crore). In July 2021, RBI allowed wholesale and retail traders, estimated to number around 2.5 crore, to get classified as MSME and register on the Udyam portal. Seen in this light, the registration numbers appear even more dismal.

A plausible reason could be the confusion created through different circulars concerning the need for GST Identification Number (GSTIN) to register on the Udyam portal. Many MSMEs have an annual turnover of less than Rs 40 lakh, the threshold limit for GSTIN exemption under the GST Act, 2017. While the government has now clarified that GSTIN is no longer required for registration, the same is not communicated unambiguously on the official website of Udyam. Additionally, the extension of validity for using the Udyog Aadhar Memorandum (UAM) until December 31, 2021, for claiming existing benefits could have put enterprises in a wait-and-watch mode.

That said, the key underlying issue leading to poor response might be the fear of excessive scrutiny of business operations by government agencies and a related rise in compliance costs for the enterprises. The government should allay such concerns by creating robust monitoring systems that can arrest undue harassment of small traders on account of unauthorised access and abuse of user information. The official advertorials are conspicuously silent on data protection questions.

The government should also contemplate creating additional incentives for the onboarding process. For example, Udyam registration can be tied to availing of special tax incentives for early-bird registrations, or used as an eligibility criterion for interest subvention schemes, or for availing benefits of schemes launched by different ministries of the government, and/or those offered by financial institutions for standalone or bundled products and services.

Needless to say, the government must create greater awareness about the process and benefits of Udyam registration than is the case currently. No dedicated official app for Udyam registration exists today. Given the ubiquitous usage of mobile apps for various activities, an app-based registration process (instead of a web-only based process) can simplify and improve the onboarding system.

The government must become more sensitive to the apprehensions of the MSMEs and act, even while it laudably intends to mainstream the enterprises within the formal systems.

The authors are Respectively, student, and assistant professor, IIM Ranchi

Next Story
For atmanirbharta in electronics…