Manchester City under Pep Guardiola play exhilarating football and they have won three league titles in the last four years. For a club that can afford two almost equally good starting elevens, that’s pretty much expected. 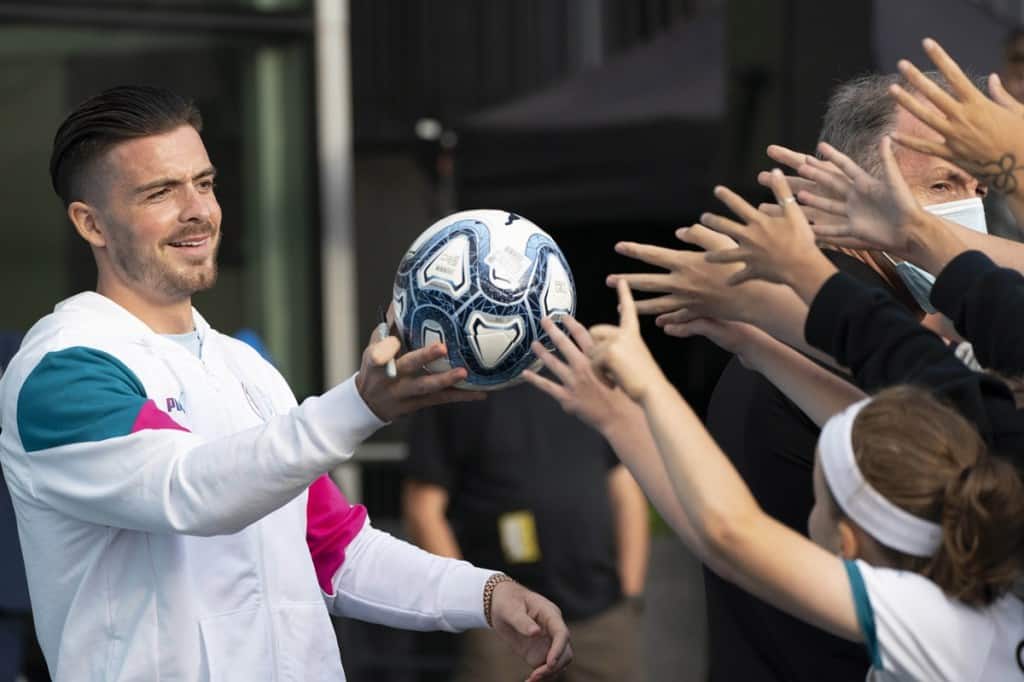 The Premier League this season is going to be a two-horse race. It will be super surprising if either Manchester City or Chelsea don’t win the title. The two clubs have out-monied their rivals. The Premier League no longer offers a level playing field.

Manchester United have made two quality additions to their squad – Jadon Sancho from Borussia Dortmund for £73 million and Raphael Varane from Real Madrid for £41 million, including add-ons. A top-class defensive midfielder remains the missing piece of the jigsaw, but they can’t go for a priority target before offloading some players. United are one of the richest clubs in the world, but they aren’t Covid-induced recession-proof.

Back in March, the club announced that they accessed a £60 million draw-down of their available £200 million credit line to cover an increasing net debt of £455.5 million. Their total revenue only grew by 2.6 per cent. From that perspective, United need to sell players before roping in a big-money midfielder.

Also Read
Making the most of millets
Tatas in an air pocket
Understanding the four Vs of operations management – volume, variety, variation and visibility
India conducts annual assessment of its cargo clearance at ports

In fact, the 20-time league champions failed to land Sancho last year because Borussia Dortmund’s asking price back then, around £110 million, was out of their reach. Compare this with City. They targeted Jack Grealish from Aston Villa, triggered the player’s £100 million release clause and sealed the deal quick enough to give Grealish a decent pre-season. Now they are reportedly preparing a £130 million bid for Harry Kane.

City under Pep Guardiola play exhilarating football and they have won three league titles in the last four years. For a club that can afford two almost equally good starting elevens, that’s pretty much expected. Since taking charge of City in 2016, Guardiola has spent close to £1 billion on transfers. He hasn’t won the Champions League with the club yet.

Recently, City lost a court appeal to keep their Financial Fair Play (FFP) battle with the Premier League secret. Earlier, German newspaper Der Spiegel published hacked emails which claimed that City had subverted both the UEFA and the Premier League FFP rules. The governing body of European football had slapped City with a two-year European ban, which was overturned when the club took their case to the Court of Arbitration for Sport (CAS). Uefa was tardy in their investigation.

The Premier League has been conducting their own investigation against City, but the League’s demand to hand over documents so far has been met with resistance.

“We know that City are going to spend a fortune, pay stupid money, pay silly salaries and all that. We know that happens. We can’t do anything about that,” the legendary former United manager Sir Alex Ferguson had said back in 2012. About a decade down the line, it still rings true.

After spending close to £250 million last term, Chelsea have confirmed bringing back Romelu Lukaku to Stamford Bridge from Inter Milan for £97.5 million. The Blues are fresh from their Champions League triumph last season. They are going to be City’s biggest challengers. For the rest of the field, it’s nigh-on impossible to compete with that kind of money. Little wonder then that some Premier League clubs want tighter restrictions in the FFP rules and they had a meeting last week.

“Do we want this to just be endlessly and absolutely free for all financial madness that enables certain types of people to buy football clubs that don’t have football at the centre,” former Crystal Palace owner Simon Jordan rightly pointed out on talkSPORT.

Pretenders and big-spenders have even marginalised legacy clubs like Liverpool and Arsenal. Liverpool’s Champions League win in the 2018-19 season followed by their Premier League success a season later had been down to Jurgen Klopp’s managerial genius. Liverpool have signed centre-half Ibrahima Konate from RB Leipzig for £32 million, the only piece of business they have done so far in the ongoing transfer window.

Arsenal have brought in English defender Ben White for £50 million. They are interested in Leicester City’s James Madison, but at around £80 million, the Gunners are likely to be priced out.

It looks unlikely that Tottenham Hotspur will have any more expensive additions beyond Cristian Romero from Atalanta for £46.7 million. At the moment, they are caught in the Kane quagmire.

Smaller clubs like Leicester City and Aston Villa have done some very good business. Villa, specifically, have shown serious nous, the way they have replaced Grealish with three players – Emiliano Buendia, Leon Bailey and Danny Ings. But those clubs aren’t title contenders. A Cup success would be excellent with some European football; read, the Europa League. Leicester City doing a 2015-16 repeat is probably no longer possible with “silly money and kamikaze spending” ruling the roost. It doesn’t augur well for English football. Top six predictions: