Modi 2.0 may not reap doubling of farmers’ income

The latest reforms are a significant step forward, but shifting to DBT for food & Fertiliser subsidies may do more to bridge the gap with the DFI goal. 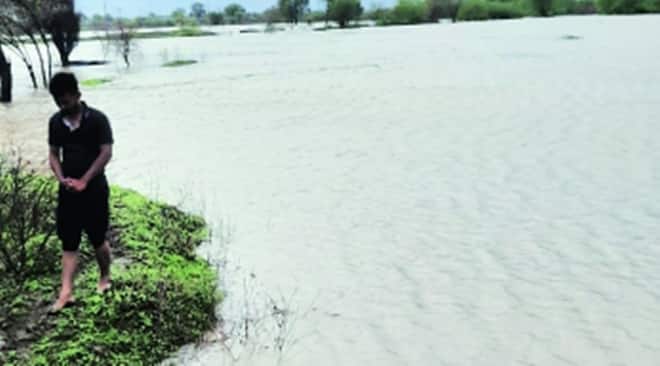 Let us start with some good news on the economic front. During the first year (FY20) of the second term of the Narendra Modi government, gross value added (GVA) in the ‘agriculture and allied’ sector registered a growth of 4%. This is commendable, especially when juxtaposed with the overall GVA growth for the country’s economy clocking 3.9%, and overall GDP (including net taxes) clocking 4.2%. And even in FY21, when the impact of Covid-19 will be on full display, and when the overall GDP of the economy may register a negative growth of as high as minus 5%, agriculture may still surprise with a positive growth of 2.5%, as per CRISIL’s recent forecast.

Agriculture matters not just for food security, but also for the good of the large masses of this country, given almost 44% of the country’s labour force is engaged in agriculture. So, ‘sabka saath, sabka vikas, sabka vishwas’ is not possible unless agriculture performs in a sustained manner—at around 4% per annum, if not more. The potential is definitely for more. Although giving the example of China nowadays is somewhat problematic, yet let me remind readers that Chinese agricultural growth has been about 4.5% over the last 40 years! Even today, China produces three times more agri-produce from a cultivated area that is much less than ours, and with a holding size that is also much smaller (0.7 ha) than ours (1.08 ha).

It is this prosperity at the bottom of the pyramid that props a large demand base for their industrial goods. Migration out of agriculture is largely “demand pull” to higher productivity sectors with better skills. In contrast in India, at several places, migration is by “push”, because agriculture can’t support a large percentage of the working population.

In any case, Modi Government 2.0 has started some reforms on the agri-marketing front. By liberalising the Essential Commodities Act (ECA), the Agriculture Produce Market Committee (APMC) Act, and the model contract farming law through ordinance route, Modi 2.0 has made a great beginning, and I am very hopeful it will invite private sector investments in building more efficient value-chains in the country, which will be beneficial for farmers and consumers alike. I had earlier called it a historic, 1991-moment for agriculture; like the delicensing of industry, this is delicensing of agri-marketing.

My only reservation was of the fine print, and in the amended ECA, they have inserted a clause when stocking limits can be imposed in case of “extraordinary price rise”. And this is being defined as 100% increase in price of perishables and 50% increase in case of non-perishables over a 12-month period. If onion prices, which are hovering at around Rs 15/kg in retail market (Safal outlets in Delhi), reach Rs 30/kg next year, and the government imposes stocking limits, the whole purpose of this exercise to attract private investment in storage would have been nullified. One can understand, if stocking limits are imposed in case of natural calamities, famine, wars, etc, but beyond that, it is only rent-seeking by the ‘inspector raj’.

There is another issue that we need to revisit in the case of agriculture and farmers. It relates to the issue of doubling of farmers’ incomes by 2022-23. As readers may recall, in Modi 1.0, after two successive years of droughts, 2014-15 and 2015-16, in February 2016, prime minister Modi said that his dream was to double farmers’ incomes by 2022-23. We did not take that political statement very seriously, as it did not mention whether he was referring to nominal incomes or real incomes. But, in April, when he set up a committee under Ashok Dalwai to double farmers’ incomes, and the Committee said that it is real income they were talking about, and this required a growth rate of 10.4% per annum till 2022-23, it was time to examine the goal carefully as all ministers and bureaucrats started rallying around “doubling of farmers’ incomes” in public speeches. While shifting the focus from production (tonnage-centric) to incomes (farmer-centric) was laudable, I had expressed my serious reservations about its achievement because of following reasons.

But if direct income transfers under PM-Kisan are also added, and continued each year till 2022-23, the short fall from the target will be much less. My humble suggestion is that if PM can convert food and fertiliser subsidies to direct cash transfers, he will be coming closer to his target of doubling farmers’ real incomes by 2022-23. If he bites this bullet, it will give him even better results than agri-marketing reforms.