The last fiscal (FY16) has been a watershed year for the microfinance industry. In the last one year, it has undergone a paradigm shift. 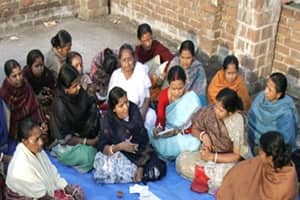 The report highlights that over 36 MFI members have reduced rates significantly in the last fiscal itself. (Reuters)

The last fiscal (FY16) has been a watershed year for the microfinance industry. In the last one year, it has undergone a paradigm shift. With Bandhan becoming a full-fledged bank and few other MFIs opting for small bank licence, it witnessed some new institutions and consolidation of business amongst others. With Bandhan, Ujjivan, Utkarsh and others embarking on a new journey, many assumed a shrinkage of the loan book, but MFIs have surprised all. According to Sa-Dhan’s “Bharat Microfinance Report–2016”, the microfinance industry is pegged at R63,853 crore. While as of March 2016, the total loan portfolio of MFIs had reached an all-time high of over R63,853 crore clocking 31% growth, if Bandhan’s loan portfolio of R9,524 crore of FY15 is taken out, the actual growth rate of the sector is over 60%.

The sector is beginning to see benefits of scale. For instance, the top-10 MFIs contributing 80% of the sector’s gross loan portfolio (GLP) or over R40,000 crore, have a weighted average interest rate of 23.13%, far below the 26% cap under PSL guidelines. The report highlights that over 36 MFI members have reduced rates significantly in the last fiscal itself.

Addition of nearly three million new clients goes on to show that the microfinance industry, having reached its inflection point, is growing steadfastly. The sector witnessed a healthy growth in its client base to over 4 crore. But the average loan per borrower of R11,425 was less than last year’s R13,162.However, more than 100% growth of 13 MFIs, does raise concern about sustainability.

The year saw a huge growth in the business correspondents (BC) model. It is an innovative technology-based model which enables people in remote areas of India access to formal financial institutions. In November 2009, the RBI advised banks to draw up a road map to establish presence in every village with a population above 2,000 individuals, through the use of business correspondents and business facilitators. With RBI allowing NBFC-MFIs to act as BCs, managed portfolio has substantially increased. In the last financial year, the BC Portfolio constituted 13% of total portfolio and 47% of the managed portfolio of MFIs. The BC portfolio amounts to R7,894 crore.

As per NSS data, a majority of population is still dependent on informal and expensive sources, including money lenders to meet their credit needs. The share of NBFC-MFIs stood over 88%, followed by societies and trusts at 9%. Moreover, nearly 88% of the portfolio is held by MFIs with a portfolio size above R500 crore. During the year, among the top-10 MFIs, six MFIs have posted a growth between 53% to 191 % in their loan portfolio.

Contrary to the view that microfinance is for rural areas, during FY16, 62% of borrowers recorded were from urban centres. One of the main reason for sustained high urban penetration is no bank provide loans to people with zero collateral. Also, the ticket size of loans required by MFI clients does not appeal to the banks from business perspective. Despite zero collateral, NPAs of MFIs is less than 1%, which in itself, speaks volume about the security of loans provided and mutual trust between the lender and the client. Building a credit history for the microfinance clients goes a long way in achieving universal financial inclusion. Directions from RBI and industry’s code of conduct requires all the MFIs to share their data to the credit bureaus. Enhanced penetration of Aadhaar is helping to increase the accuracy of data obtained from the credit bureaus, while also improving credit appraisal. Recent directions from the central bank to share details of individuals borrowings from the SHGs to the credit bureaus is expected to further enhance their utility and effectiveness.

Moving ahead, the interesting aspect for MFIs will be financial inclusion in the path of Sustainable Development Goals. On September 25, 2015, United Nations “adopted a set of goals to end poverty, protect the planet, and ensure prosperity for all as part of a new sustainable development agenda.” Seventeen goals were adopted. Ten of these 17 SDGs are closely related to the objective of the players in the financial inclusion space. There is excitement around financial inclusion and its potential to act as a force multiplier for interventions targeting social development issues. The report of RBI’s Committee on Medium-term Path on Financial Inclusion (December 2015), also sets a wide vision of financial inclusion to include savings, remittance, credit, government-supported insurance and pension products to low-income households and small and marginal farmers at reasonable cost with adequate protection, progressively supplemented by social cash transfer. The moot point in implementing SDGs is how microfinance institutions can link various government programmes on financial inclusion to create income generating assets.

Developments in the last fiscal give us the confidence to claim that we are progressing to achieve universal financial inclusion. The government, regulators and financial markets have shown immense faith in the model of financial inclusion which we have been pursuing. Provisional licenses provided to the small finance banks and successful IPOs of Ujjivan and Equitas are a testimony to that. There are also efforts to reduce cash transactions to reduce risks and increase efficiency. Advances in the adoption of technology coupled with the banks accounts opened under the Pradhan Mantri Jan-Dhan Yojana (PMJDY) have certainly helped in doing this. We hope that the sector will consolidate and grow at a sustained pace in the current financial year.

The author is executive director, Sa-Dhan. Views are personal