Many hills to climb before Digital India

The draft National Digital Communications Policy 2018 appears good, but it is a mere beginning. 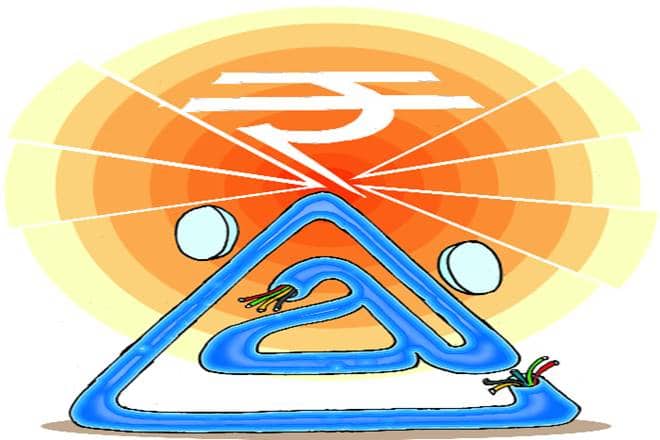 Many hills to climb before Digital India (Illustration: Rohnit Phore)

Imagine a scenario where no one in the entire continent of Europe has a mobile phone or access to the internet. Unable to access banking services, apply for jobs, get educated and avail the same benefits as people online, these nations would struggle to stay afloat in today’s digital world and their economies would plummet. A very worrisome picture, isn’t it? This is not a fictional state but a stark reality before us because this is the staggering number of Indians without access to the internet today.

The world over, a country’s economy is increasingly tied to its people being online. India, with its strong aspirations, has much to do to catch up. Liberal and relevant growth-friendly government policies and healthy market competition are the critical engines of boosting the country’s growth. India is growing at about 7% annually and is estimated to overtake both the UK’s and Germany’s economies in about 10 years, to become the world’s fourth-largest economy. India’s telecommunications sector experienced a high 7.3% growth in the past two decades, thanks to government policies such as the National Telecom Policy of 1999 (NTP 99) and fierce competition in the market. The world is changing, and battle lines are now being drawn on the digital front. Currently, digital products and services contribute only 4% to India’s economy but it is estimated to jump to 60% of the GDP within the next four years (Microsoft research).

Prime Minister Narendra Modi’s Digital India mission hopes to achieve just that. The landmark policy NDCP (National Digital Communications Policy 2018), due to release any day now, has been developed after a mammoth collaborative effort that involved all key stakeholders. While the contents of this epoch-making policy are truly remarkable, more noteworthy is the brilliant, open and consultative process followed in developing it.

Both public and private sectors came together with a singular focus and an inclusive approach on the common man’s needs with clear initiatives such as Broadband for All, Fibre First and more. Without this type of teamwork, the general public would have suffered from fractured policies that pushed individual political agendas. This type of increased joint effort by government agencies also continues to build the hopes, aspirations and pride of Indians in India and around the world. This provides greater confidence in the working machinery and efficiency of the Indian government, and sets the stage for greater global investments in India.

The Department of Telecom (DoT) set up around a dozen specialist working groups, each entrusted with one field or speciality—legislative approach and licensing, spectrum management, allocation and pricing of resources, new technologies, consumer protection and privacy, infrastructure, satellite communications, Make-in-India and Digital India.

This type of open and transparent consultative process when generating a new economic policy of national importance has never been seen before, either in India or anywhere else in the world. India has set an impressively high standard in policy-making which many other nations could use as a template now and in the future.

This was also the first time that the telecom regulator was formally involved and requested to provide recommendations for drafting the policy. This is significant because it ensures a holistic and inclusive approach for all required stakeholder buy-in prior essential to executing the policy. The Telecom Regulatory Authority of India (TRAI) launched a comprehensive process of consultations to evolve recommendations which were sent into the government.

Once a draft policy was prepared, it was made available on the internet for a few weeks and comments invited from all. The fine-tuned draft is under review by the multi-ministerial apex body for telecom policy-making, the Telecom Commission. We believe it has been approved and the policy is due to be released any day.

This teamwork means that the policy focus remains solely where it belongs—the needs of the Indian economy and Indian consumers. When all stakeholders have provided their approval, there is a drive towards execution and achieving results. Instead of multiple siloed policies, we now have a unified digital communications policy that ties all the moving parts required to ensure the Digital India vision becomes a reality. We have eschewed the obsolescent views of ‘telecom’ and girded ourselves up for entering the modern era through a digital communications policy, tailored to emerging India’s vision and requirements.
This era of digitisation is essential to benefiting all the citizens—in both urban and rural areas. The government estimates getting $100 billion in investments to the digital communications sector and generate employment. The Union minister for electronics and information technology Ravi Shankar Prasad once stated: “IT gives employment to about 30 lakh people. Once Digital India becomes reality, we can give jobs to five crore plus people”. Achieving the Digital India mission of Broadband for All and introducing innovations such as 5G and Smart Cities will be a significant part of sustaining this growth.

For India to take our rightful place as one of the largest economies within a decade, we will need a laser-like focus on all things digital and the implementation of the sterling proposals already crystallised in the NDCP. Taking steps to connect all citizens online, introduce cutting-edge innovations such as improved broadband capabilities, 5G, Internet of Things (IoT) to run Smart Cities and investing in high-quality fibre technology are critical to GDP growth.

Some critics may ask, “Why should someone with limited access to food, water and electricity care about mobile data and the internet? Why would the urban and the well-to-do, already armed with their smartphones and Netflix, care about the rest of India getting digitised through Broadband for All, optical fibre networks and greater satellite coverage?”

The ability to get an education, gainful employment, access government schemes and conduct financial transactions depends on access to high-speed internet and mobile data. Getting rural India online means access to resources to help them work and make better use of government resources and financing options. Additionally, there is a direct proven correlation between a strong economy and the rate of employed women. In India, that number is a low 26%—but digitising the country will bring Indian women the ability to work and earn a living for their families. India would be 27% richer just by empowering greater numbers of women to work (International Monetary Fund estimate). The access to quality education, safe working conditions and employment opportunities are paramount and the internet can contribute greatly to this. Take the success of Internet Saathi, the Tata Trusts and Google partnership, which provides digital literacy and employment opportunities for women. Over 1.5 million women across 150,000 villages have been trained in using the internet to help better their lives.

For Indian businesses, the Indian digitisation boom leads to millions of more consumers for products, technologies and services in all sectors—retail, banking, mobile payments, education, entertainment, industrial, healthcare and more. The introduction of cutting-edge technologies such as 5G will enable faster and more efficient communication and can establish India as a global centre for IT services, data centres and much more. Furthermore, using made-in-India products to lay high-quality optical fibre cables and develop Smart Cities will increase the demand for Indian products and boost Indian businesses even further.

Successive governments’ strategies of regularly reviewing and updating telecom policies to stay relevant and take the latest innovations into consideration provided the telecom sector a big thrust. The NDCP 2018 is the fifth wave of policy to be released by the DoT and, if executed as per plan, will help lift millions out of poverty and help India develop into a global hub for a multitude of business sectors. Nelson Mandela once said, “After climbing a great hill, one only finds there are many more hills to climb”. Similarly, the Indian telecom sector has to overcome many obstacles to become the fastest growing sector over the last 20 years—and we have many more hills to climb in the form of digital advancements to reach our desired spot on the world stage. We cannot rest on the laurels of NDCP formulation. The formidable journey of implementation is just the beginning and this is what will decide the commitment to NDCP and Digital India.

The author is a President of Broadband India Forum and Honorary Fellow of the IET (London).