For India to replicate what developed countries have done is not possible as willy-nilly we have to confront the reality of limited financial space. 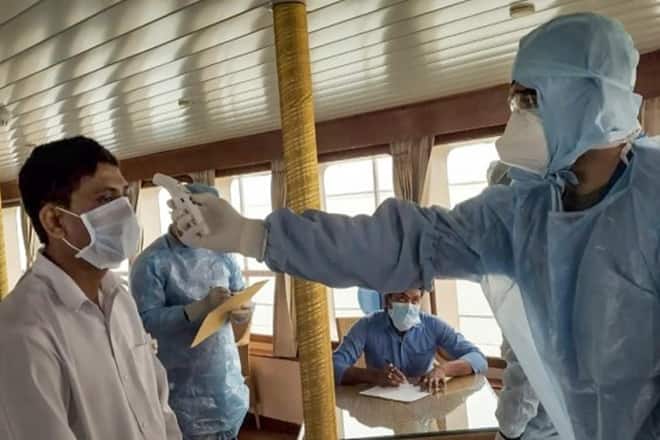 The policy roll-out over the past couple of weeks has, for the most part, been sensible. There has been some commentary that the fiscal-financial programme isn’t bold enough. Perhaps so under certain assumptions, but we have to be mindful that this is not only a constrained exercise in policy making at the current juncture, we also have to brace for likely multiple impacts over an uncertain timeline that could last a year.

The welfare support — encompassing both food and money — by the government to help the most vulnerable, as also to partially defray the cost of retaining workers in smaller enterprises, for the next few months has combined compassion and prudence. And further spending has not been ruled out. Having said this, we do need to expend more resources on preventing Covid’s spread because massive prevalence testing now could, but not guaranteed to, help avoid another national lockdown or reduce the need for multiple localised lockdowns later. So, the optimal policy timing needs to take this externality into account without delay. For the size of our population, the quantum of tests we have conducted so far seems to be too few. The government should bear the entire cost for testing, for without the requisite data we will be flying blind when making the difficult calls in the weeks ahead. The benefits are obvious, viz., credible data will infuse confidence in both the health and economic spheres, and lack of credibility will breed uncertainty, slowing down economic recovery.

Hardly any emerging market economy (EME), with the possible exception of China, can match, what developed countries like the US, UK and Germany, for instance, have announced. These countries have basically set out, at least in the short run, to offset, through generous direct government entitlements to large sections of the population and extraordinary central bank activism, the adverse demand shock following the primary negative supply shock of the pandemic. Countries that can issue reserve currencies have much more elbow room. EMEs, like India, obviously don’t have this luxury. For India to replicate what developed countries have done is not possible as willy-nilly we have to confront the reality of limited financial space.

India’s correctly measured national fiscal deficit is perpetually high, and it is about to get larger even without an increase in outlays. First, revenues will decline sharply; and, secondly, state governments who are the first responders of the health emergency will be hard pressed. This is why despite the steep cut in policy rates the G-sec yield has been sticky, and even possibly moving up. The stress is already apparent. A payments moratorium on power suppliers by government-owned electricity distributors, if media reports are correct, is a sub-sovereign default. Some of those who have argued for up front bigger packages, stimulus, asset buyback, impromptu liquidity windows, automatic monetisation etc. have, inter alia, used stability as the rationale. But if the fiscal and monetary responses are overdone, the likelihood of non-trivial consequences for macroeconomic stability increases. It is a fine line between aggressively proactive and being perceived as reckless. As it is, there is a flight to safety, essentially investment in US government bonds, with home country bias also coming into play when global risks flare up. The exorbitant privilege of the US dollar not only endures, it is reinforced during crisis.

Foreign portfolio investment in Indian equity and bonds is about US$ 300 billion. US$ 15 billion exited last month, and that is not a surprise. India’s equity performance during March in dollar terms is in the bottom half in a sample of EMEs. Our macroeconomic management should not be the driver to spook investors beyond the normative portfolio rebalancing taking place globally in recent weeks.

Last week, our breathless pursuit for being part of global bond indices gathered pace. Over the past year, we have incessantly relaxed prudential norms related to external flows management, opening up yet more the possibilities of surges and sudden stops of “hot” foreign capital with well-known attendant consequences. It is an expedient policy in the hope that it will lower borrowing costs for the central government; this may only help in the short run, and in the current environment even that is not apparent. Going down this policy route is puzzling at a fundamental level. While we erect trade barriers to imports through higher custom duties, we are opening the capital account for “bond tourists” further (even as hurdles are raised on outward remittances for households). How does one square this circle since it is well founded that high import barriers ultimately undermine national competitiveness and it is mostly export earnings that will have to service external liabilities? The strategy, leave aside the vision, behind this bi-polar economic policy is not apparent.

It is also noticeable that investor confidence has affected our banking sector more than the broader equity market; the latter declined by 23 percent in dollar terms last month, but financials declined by about 35 percent. We need to be vigilant. While non-performing assets (NPAs) will spike in virtually all economies in the coming months, initial conditions could come into play; India’s NPA ratio is over 9 percent, among the highest for important economies, and it was projected to rise anyway. Questions about the sector in India persist despite comfortable capital adequacy ratios for most banks (and certainly the large ones). Recent developments pertaining to a private bank notwithstanding, the forbearances pre-Covid together with widely reported delays in resolution and the ad-hoc dilutions in regulations have not helped; neither has poor disclosure — late last year ten banks disclosed that for the previous financial year their NPAs were Rupees 26,500 crores higher than previously reported. All this contributed to an increase in the sector’s risk premium.

Safety first suggests that instead of distributing dividends, banks may want to retain almost all profits to enhance the capital buffer and signal the resolve to remain strong in the face of the unfolding loss in economic activity. Perhaps, in December the decision can be revisited based on their results till then.

At some point, international investors will begin to sharply distinguish between countries along the principal measure of how successfully the health challenge is being met, which will determine how quickly and durably individual economies will get back on their feet. This could induce another financial “wave” that we need to prepare for by maintaining relative macroeconomic stability. The temporal uncertainty around the persistence of the virus is the most important reason for keeping some policy gun powder dry, even as we meet the challenge on all fronts.