Making Punjab great again: How to get farmers out of MSP trap

If Punjab farmers want to increase their incomes significantly, they need to gradually move away from MSP-based Paddy & Wheat to high-value crops/ livestock 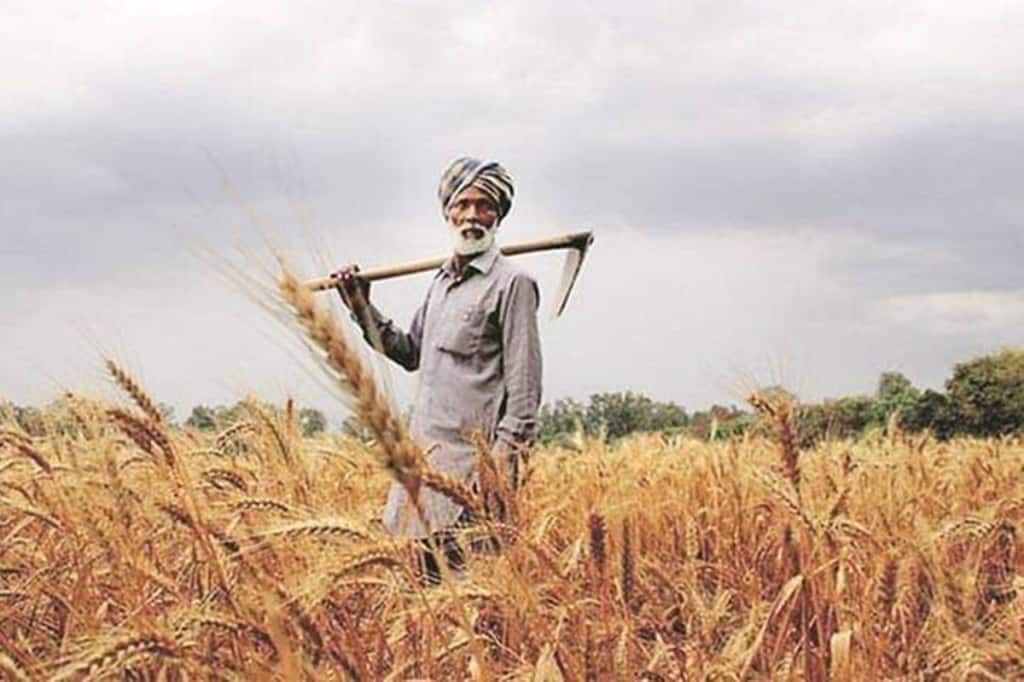 But, if one is to assess the real contribution of farmers/states to agriculture and incomes, the best way is to see what is the agri-GDP per ha of gross copped area in that state.

Punjab farmers are agitating today over the new farm laws. They are braving cold nights at Delhi’s borders as they fear that these new laws will hit their incomes adversely, and they want to protect their incomes. There is nothing wrong in that—not only wanting to protect what one is earning but aspiring to earn more on a sustained basis. How do we do that is the moot question, beyond the context of the current impasse over the new farm laws. Hoping that protests remain peaceful, and a solution is found amicably, let us focus on Punjab farmers’ incomes, an issue that will stay relevant even after the protests are over.

It is well known that Punjab rendered a yeoman’s service in ushering in the Green Revolution in the country in late 1960s through mid-1980s. India was desperately short of grains in 1965, and heavily dependent on PL 480 imports from the US—to tune of almost 10 million tonnes (mt) against rupee payments, as India did not have enough foreign exchange to buy wheat from the global markets.

The entire foreign exchange reserves of the country at that time could not buy more than 7 mt. It is against this backdrop that the minimum support price (MSP) system was devised in 1965.

That backdrop has totally changed now. Today, India is saddled with huge grains stocks with the Food Corporation of India (FCI); these touched 97 mt in June 2020 against a buffer stock requirement of 41.2 mt. The economic cost of that excess grain, beyond the buffer stock norm, was more than Rs 1.8 lakh crore—dead capital locked in without much purpose. That’s the situation of the existing grain management system based on MSP and open-ended procurement. On the foreign exchange front, India has more than $575 billion, much higher than the levels needed to be comfortable on imports.

When the backdrop changes, societies need to devise change that can lead to higher levels of development, else they stagnate and remain stuck in a low-equilibrium trap. Schumpeter’s process of “creative destruction” of the old and inefficient is a fundamental law behind development of countries around the world. India is no exception.

It is also worth noting that Punjab, in 1966, when Haryana was carved out of it and part of its territory was transferred to Himachal, had the highest per capita income among all states. It remained a frontrunner in per capita income till almost early 2000. Thereafter, it started sliding very fast, falling from the first position to below-10th position in the ranking of major states of India.

If smaller states are also included in the ranking, Punjab’s position fell to 13th by 2018-19. There are several reasons behind this, ranging from lack of industrialisation to not catching up even with the modern services sector like IT, financial services, etc.

But, let me focus here on agriculture and how to make Punjab great again, building on its past glory, and regain its top position, at least on the agricultural front if not in services or industry.

Punjab’s fertiliser consumption per ha is about 212kgs/ha vis-à-vis the all-India level of 135 kg/ha. No wonder the productivity levels of wheat and rice in Punjab stand at 5 tonnes/ha and 4 tonnes/ha, respectively, against the all-India average of 3.5t/ha and 2.6t/ha.

In Punjab, total farm families are just 1.09 million against a total of 146.45 million nationally. The subsidy provision to Punjab farmers through free power by the state government (2020-21 budget) amounts to Rs 8,275 crore, and the fertiliser subsidy (from the Centre) that went to Punjab was to the tune of about Rs 5,000 crore in 2019-20. Overall subsidy, just from power and fertilisers, therefore, would amount to roughly Rs 13,275 crore. That means each farming family in Punjab got a subsidy of Rs 1,21,788, or let us say, Rs 1.22 lakh. This is the highest subsidy that any farming household gets in India. The Punjab farming household has the highest income in India, almost two-and-half times the income that an average farming household gets in India.

But, if one is to assess the real contribution of farmers/states to agriculture and incomes, the best way is to see what is the agri-GDP per ha of gross copped area in that state. This is an important catch-all indicator, as it captures the impact of productivity, diversification, prices of outputs and inputs, subsidies, etc, in just one indicator. On that indicator, unfortunately, Punjab is placed 11th amongst major agri-states (see graphic).

It may be noted that the states in the south, Andhra Pradesh, Tamil Nadu and Kerala, which are much more diversified towards high-value crops/livestock (poultry, dairy, fruits, vegetables, spices, fisheries, etc), or even West Bengal and Himachal Pradesh score over Punjab.

The indication is clear: If Punjab farmers want to increase their incomes significantly, double or even triple, they need to gradually move away from MSP-based wheat and rice cultivation to high-value crops and livestock, the demand for which is increasing at three-five times higher than that of cereals.

What is needed is a package for diversification of Punjab agriculture, say, of Rs 10,000 crore package spread over 5 years. The Centre and the state can pitch in that, say on 60:40 ratio and that will be a win-win situation for all. Once farmers experience this and double their incomes, they will not remain stuck with MSP trap!

Can the Narendra Modi government at the Centre and the Amarinder Singh one in Punjab join hands to find a sustainable solution to increasing the state’s farmers’ incomes and also curb depletion of the its water level, soil quality, and air purity? Only then they can make Punjab great again!

The author is Infosys chair professor for agriculture, Icrier