India’s climate commitments call for greater adoption of renewables. yet, there is renewed momentum for fossil fuels 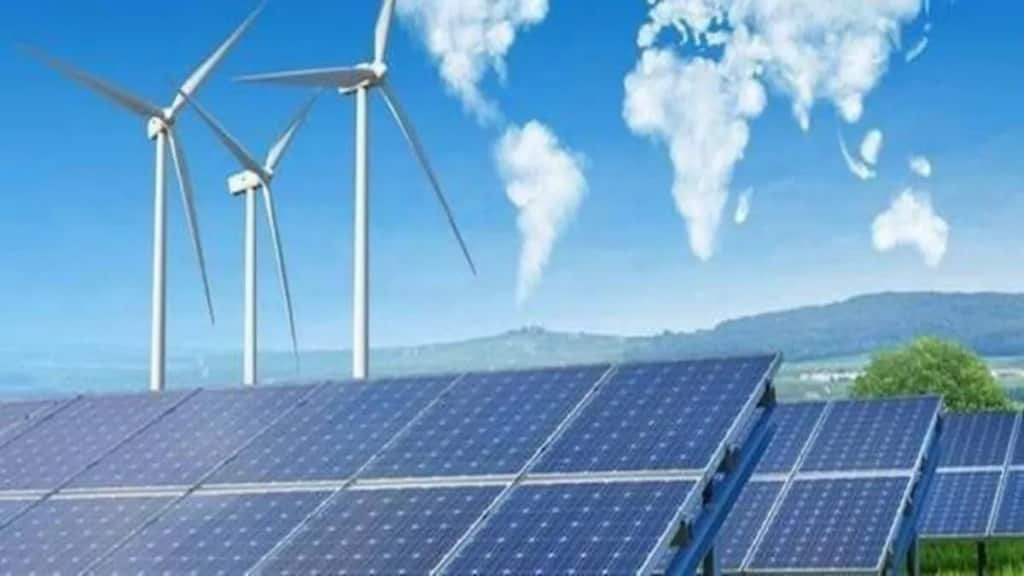 This is impacting food inflation as well—the Wholesale Price Index (WPI) crossed double digits (15%) while the Consumer Price Index (CPI) breached the comfortable 6% mark in May/June and remains high at 7%.

The Indian economy (GDP) expanded 8.7% in FY22. The Reserve Bank of India (RBI) expects it to grow at 7.2% in FY23 and 6-7% in the next few years. This revival of economic activities is leading to a surge in energy consumption. India imports 85% of its oil and 50% of its gas. It also imports coal to bridge the gap between demand and domestic supply. The Covid-19 pandemic and the Russia-Ukraine war have sent global prices skyrocketing, making the use of imported fuels expensive and adding to India’s current account deficit. Elevated fuel prices result in high inflation worldwide, and India is no different. Both wholesale and retail inflation are rising in India due to high crude, gas and minerals prices. This is impacting food inflation as well—the Wholesale Price Index (WPI) crossed double digits (15%) while the Consumer Price Index (CPI) breached the comfortable 6% mark in May/June and remains high at 7%.

Due to the pandemic, oil imports went down in FY21 but rose in FY22. While oil imports increased by 8% in FY22 compared to FY21, they remain ~7% lower than FY20, i.e., the pre-pandemic level. Even though the volume increased 8%, the import bill ballooned by 94% between FY21 and FY22. It almost doubled the previous year, leading to a huge trade deficit for the country. This is because crude oil prices increased by 77% in FY22 compared to FY21 to $80/barrel (bbl) from $44/bbl.

Looking at recent prices, the increase is 127% (at $100/bbl, though prices are now climbing down). Given the widening trade deficit and declining foreign exchange reserves, India is now scouting for cheaper options. According to the government and refinery officials, India’s main reason for buying Russian crude is to contain inflation. Russia, ranked 9th among India’s crude oil-import sources before the war, was second in May 2022, replacing Saudi Arabia, while Iraq remains at the top. The latest available data from the Organization of the Petroleum Exporting Countries (OPEC) shows that Russia became India’s largest crude oil import source in June.

The gas price surge since October 2021 has worsened India’s situation. The Japan Korea Marker (JKM), a benchmark for Asian spot liquefied natural gas (LNG) prices, increased 373% from January 2021 to July 2022, while domestic gas prices soared 240% for regular fields between April 2021 and 2022. Given that the government cannot pass on the high costs to consumers for certain products, the subsidy burden has increased. Fertiliser subsidies have been above Rs 1 trillion (almost $14 billion) for two years and are expected to be double or Rs 2 trillion (almost $28 billion) for the ongoing fiscal year, thanks to the high gas and urea prices. The government had stopped LPG subsidies, but is now reintroducing them because of high prices. Also, for some sectors like city gas distribution (CGD), the government has mandated that only domestic gas be used. Coal imports to bridge the shortfall in domestic supplies have also proved expensive and unreliable. Imported coal costs have surged. Looking at Australia, South Africa and Indonesia, the leading suppliers of imported coal to India, rates have gone up from $100/tonne (t) in 2021 to $440/t in Australia as on September 9, 2022; from $80-100/t to $280-330/t in South Africa; and in Indonesia from $50-70/t to $80/t, though it touched $130/t as well.

The Covid-19 pandemic and the Russia-Ukraine war have led many countries, including India, to turn inwards and rely on what is available in the domestic market. To address the issue of energy security and protect against the price volatility of imported fuels, the strategy is to exploit more domestic resources to meet demand. While there is an expectation of increased gas production in the KG-D6 basin, India is also trying to increase domestic coal production by opening more mines for private production. In May 2022, the government approved 10 mine-expansions with 9.65 metric tonnes (MT) of capacity without environmental assessment and opened more mines for commercial-mines auction. The government is also planning to review the pricing formula for locally produced gas to tame inflation. Even in Europe, efforts are being made to cap or de-link gas prices from power prices.

There is renewed momentum in India and in other countries for expanding the use of domestic thermal energy. However, Fatih Birol, executive director, IEA, emphasises that a faster transition from fossil fuels towards clean energy is the best way out of the current energy crisis. India has big plans for renewable energy deployment. The updated Nationally Determined Contributions commit the country to reducing emission intensity by 45% by 2030 compared to 2005 and 50% of installed capacity from non-fossil fuel sources. While Indian companies have been slow to join the race to net zero, they are getting their act together. Various government corporations have also committed to achieving net zero (the Indian Railways by 2030, Indian Oil Corporation by 2046, and GAIL by 2040).

The recently announced Energy Conservation Bill 2022 empowers the Indian government to lay down different consumption thresholds for various non-fossil sources and consumer categories. It also allows carbon trading, which will boost renewable energy deployment. The government has also introduced a Production Linked Incentive scheme to increase domestic manufacturing and reduce import dependence on products for renewable energy deployment. India is on the right track, but the pace needs to accelerate. Energy giants like Reliance, Adani, etc, have committed huge sums of money to develop clean energy in India. Global investors see huge potential in India and are betting big money on clean energy deployment. With the right policy landscape, India can attract foreign capital at low rates to meet its sustainable growth target.

The author is IEEFA Lead India

Follow us on
Latest News
Global Data study identifies VAMPIRE anti-drone system an cost effective option for Ukraine
Forex kitty swells by USD 6.561 bn to USD 531.081 bn
Can SIP date and daily, monthly or weekly frequency impact your returns from mutual fund investment?
Sensex snaps 2-day losing run amid firm Asian cues; posts weekly gain
Retail Tech Arzooo witnesses 400% jump in sales of white goods during festivities
ReelStar unveils its ReelToken called REELT
Rupee gains 47 paise to close at 82.41 against US dollar
Photos
Heart-wrenching! Here is a look at Morbi and the suspension bridge that collapsed
4 days agoOctober 31, 2022
In Pictures: PM Modi in Kargil to celebrate Diwali with soldiers, says, ‘All of you have been my family for years now’
2 weeks agoOctober 24, 2022
In Pictures: PM Modi inaugurates Deepotsav in Ayodhya; World record set by lighting of over 15 lakh diyas
2 weeks agoOctober 24, 2022
Read More
×
Money over mental health: Are we still prioritising our people?
Protecting competition in the digital space
Data Drive: IT hiring cools
Premium
Need that extra 1%
Troika at the helm of G-20
Does the UN think there are ‘good coups’ and ‘bad coups’?