Maharashtra’s MSP diktat sets the stage for chaos, will leave farmers in the lurch

Forcing traders to buy agri-produce at MSP will leave farmers in the lurch as traders may not be there to buy and the state certainly can’t buy all the produce. 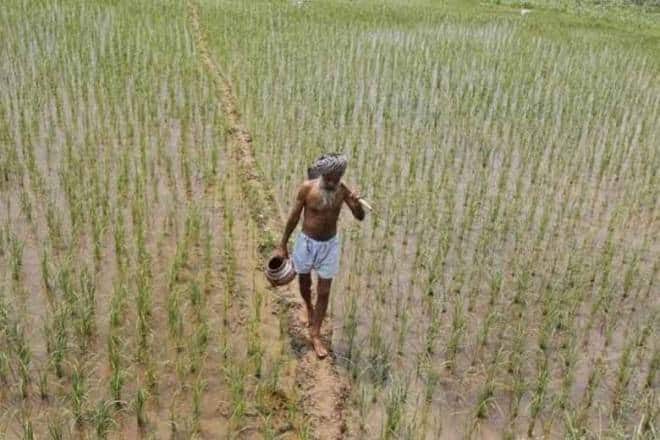 Maharashtra’s MSP diktat sets the stage for chaos, will leave farmers in the lurch

With farmers’ agitations on the rise due to low prices of several agri-products, the Centre is desperately looking for ways to win them back, lest it proves costly in the upcoming Lok Sabha elections. The Centre’s announcement of MSPs fixed at 50% above costs (A2+FL) is viewed as a game-changer in wooing back the farming community. Several states have buffered MSP increases with bonuses: Madhya Pradesh announced a bonus of Rs 265/quintal on wheat MSP (`1735/quintal) during 2017-18 rabi season and Chhattisgarh gave a bonus of Rs 300/quintal on paddy MSP (`1750/quintal) during the current kharif season. Both states are due for election in 2018. Madhya Pradesh went a step ahead in the last kharif season when it implemented price deficiency payments (Bhavantar Bhugtan Yojana (BBY)), where it compensated farmers of selected crops for the difference between the realised price and MSP. The scheme fizzled out because traders colluded. Farmers suffered plummeting prices and despite concerted efforts, state governments could not compensate beyond one-fourth of total production.

Maharashtra is the latest entrant in the race to appease farmers. In a controversial move, the government of Maharashtra (GoM) has made buying at MSP mandatory in the state for traders. In case this is not observed, the licence of traders will be cancelled, a fine of `50,000 will be imposed and each must serve a jail term of one year! Not surprisingly, the Maharashtra traders’ community is united against this decision and going on strike.

Interestingly, CM Fadnavis had proposed the same decision last year, implemented it for tur, but then withdrew it in response to farmers’ requests. It is important for him and the country to understand the likely implications of such a decision. One can think of the following scenarios:

Scenario-1: Let us assume that traders fall in line and buy everything at MSP or above. What if supply exceeds demand for some kharif products, which is likely to be the case for most of pulses, oilseeds and coarse cereals. Then, market prices would tend to fall, possibly below MSPs, as they are currently for most kharif crops (see graphic). Then, where and how does the trader sell? Will CM ensure that these high MSPs are translated into higher retail prices by not allowing any inward flow from neighbouring states? This would amount to creating a republic of its own with elevated price structures. In that case, GoM may face the wrath of consumers who would be paying much higher prices than consumers in neighbouring states.

Scenario-2: When a private trader buys at MSP, they unload in the market at the prevailing market prices that are below MSPs for several commodities and incurs heavy losses. This one is a non-starter. No rational businessman would do that, unless the government promises to compensate losses, akin to BBY of MP.

Scenario-3: When Maharashtra’s neighbouring states, like Karnataka, Madhya Pradesh, Gujarat are selling the same crops at prices below MSPs (historically, their prices have been below MSP), Maharashtra’s traders may move to adjoining states and buy at market prices. In that case, GoM becomes the buyer-of-last-resort resulting in a de-facto take-over of wholesale trade, taking us back to the Socialist Raj of 1973-74 when the Indira Gandhi government took over the wheat wholesale trade. But we need to remember that she had to give it up within a year as it led to massive chaos.

Is CM Fadnavis ready for such a chaos? Does the GoM have ample resources and storage to buy all that comes to the market of all MSP crops? And then, where and when will it unload and at what price? Pulses’ stocks are already burgeoning and market prices of most kharif pulses remain way below MSP (see graphic). In such a scenario, farmers will be left in the lurch as traders will not be there to buy and the GoM may not have that reach to buy all the produce of MSP crops.

Clearly, the GoM’s decision is a losing move, both economically and politically. In fact, contrary to gaining, GoM may lose trust and patience of both farmers and traders. The best way to deliver a better deal to farmers is to “get the markets right”. Treat farmers as businessmen and facilitate a conducive environment for them to flourish. One-time forced implementation of MSP will not alleviate their situation. Give them access to national markets. Reform archaic laws like the Essential Commodities Act (ECA) 1955 and APMC Act. The Vajpayee government started marketing reforms by de-notifying many commodities from the ECA and issuing a Model APMC Act (2003). That work, however, remains unfinished and waits for the Modi govt to take it to its logical conclusion. Invite the private sector to build storage, assaying, grading, packing facilities at the back-end with farmer-producer-organisations (FPOs). Create competition for APMCs by facilitating private mandis. Freeze commissions of the commission agents and market-fees, and possibly cap it at 2% of the value of agri-produce being transacted for all commodities across the country. Maharashtra’s Vashi market officially charges a commission of 8% on fruits and vegetables, and unofficially, it goes even higher. This is scandalous and must stop. It will have to be done by the Centre in partnership with the states, the way GST was done. Further, big agri-processors and organised retailers, including e-commerce players, should be invited to buy directly from FPOs without giving any market fee. In fact, the government should support their building of back-end infrastructure. A negotiable warehouse receipt system (NWRS) needs to be stepped-up, and also futures’ trading. Export bans need to be banned and MEPs used judiciously. Overall, the implicit taxation of farmers needs to be phased-out.

MSP formula of 50% over A2+FL costs is ill-advised. It ignores demand and supply, as well as the global price situation. It is doomed to fail. A better approach to help farmers will be to move through an income policy, a la Telangana model, which will have the least distortions. It can subsume all input subsidies setting input prices to be freely determined by markets. Can PM Modi move in that direction? It will be good economics and good politics.