Lockdown, migrants and misery: Learn from the first wave

The second wave brings with it the threat of lockdowns; the govt must ensure portability of welfare schemes to avoid the misery of last year’s lockdown 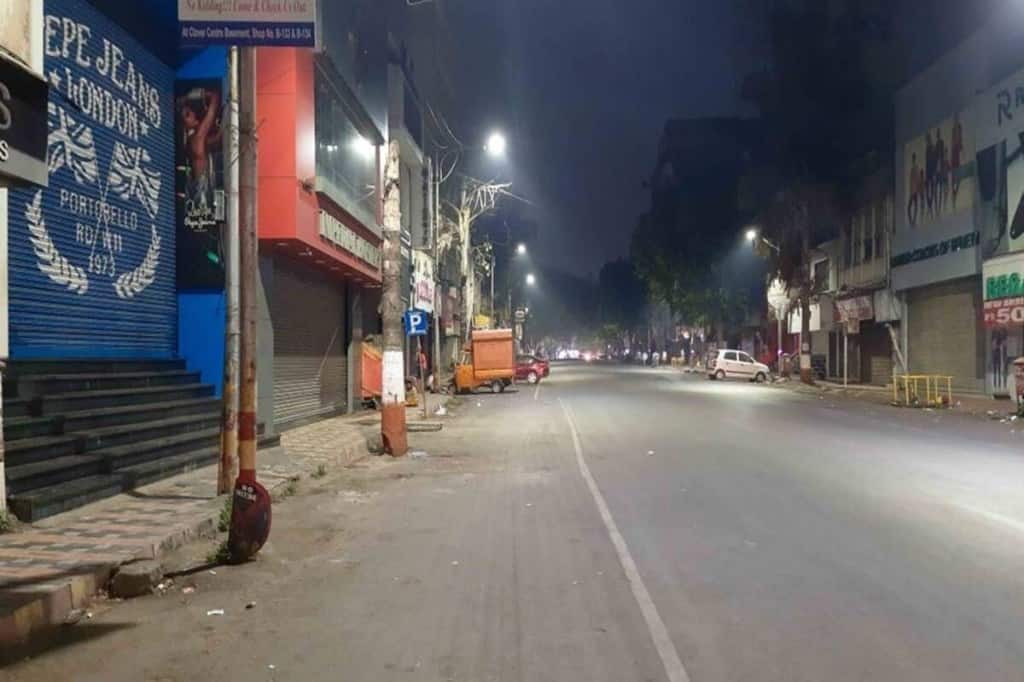 Considering the impact on economy, Balasubramanian requested and suggested consulting trade and industrial bodies before taking any major steps in this connection. Representative Image

With single-day spikes in Covid-19 cases surpassing 1.45 lakh last week, India’s second wave is likely to be longer and more intense than the first one. Many states have announced partial lockdowns and more are likely to follow. The fear of full lockdown has already triggered some migrant workers moving back from industrial centres and cities to their native villages.

The Centre and the state governments have failed to learn from the previous lockdown, which resulted in disrupted supply-chains, considerable decline in output growth, significant increase in unemployment and reduced earnings and savings, threatening food and livelihood security of millions of workers in the country. The worst-hit were the migrant workers.

These migrant workers, who faced the brunt of the pandemic, have not fully recovered from the previous lockdown. In a recent study by ICRIER in collaboration with the Inferential Survey Statistics and Research Foundation (ISSRF), we examined the impact of the pandemic on migrant workers using a survey of 2917 migrants in six states, namely, Bihar, Chhattisgarh, Jharkhand, Odisha, Uttar Pradesh, and West Bengal, which accounted for two-third of the reverse migrants during the first lockdown. We conducted the survey in three phases: Phase-1 between June and August 2020; Phase-2 between November and December 2020; and Phase-3 during the last week of February 2021, to capture the varying degrees of vulnerabilities among the migrants prior to, during, and after the first lockdown.

The study found that the sudden imposition of first lockdown had a severe impact on the earnings and savings of the migrants once they reached back to their villages. More than a third of the reverse migrants (38.6%) reported having no work after returning to their native place. With no proper employment opportunity for these migrants in their native places, their household incomes fell by as much as 85% during the first wave (see graphic).

Although the migrants’ household income has increased after remigration to their destination places, there is still a contraction of 7.7% in their income relative to the pre-lockdown level. However, the fear of another lockdown can devastate the momentum of this recovery. Besides, if the migrants decide to return to their native place, their household income will again drop by as much as by more than 80%, as it happened after the first lockdown.

Interestingly, the study also finds out that while some relief and welfare measures announced by the Centre and state governments did reach the migrants, many other measures bypassed them. For example, survey showed that almost 74% migrants had access to some form of subsidised cereal (rice or wheat) but only 12% got access to subsidised pulses. Moreover, only 7.7% of migrants in their native place reported being engaged in Mahatma Gandhi National Rural Employment Guarantee Act (MGNREGA) or any other public work. Further, the demand-driven skills-training under Garib Kalyan Rozgar Yojana (GKRY) has not reached most of these migrants. For instance, only 1.4% of migrants reported getting any skill upgradation or training at the native place in our survey. These employment schemes, including GKRY, have either neglected these migrants or migrants did not want to be engaged in MGNREGA work. Notably, many migrant workers reported a fall in the quality of food consumed during the lockdown and post-lockdown compared to the pre-lockdown level.

The examination of the first wave of Covid infection offers important policy lessons for the administration of the ongoing second wave. Firstly, we need to digitise all the data on migrants to formulate any action-plan in case another mass exodus starts. This needs to be backed by a periodic database on migrant workers, say, updated every five years, for any meaningful policy and action-plan based on this data.

Second, the portability of entitlements and social safety nets needs to be prioritised, be it food with ‘One-nation, one-ration card’ with an option to receive cash or grain in kind, or health insurance and treatment at any place, and a universal social protection programme for the vulnerable sections against such a pandemic.

Third, the scale of permissible work under MGNREGA could be broadened to absorb the wide range of skilled and unskilled migrants. A local digital platform can be created at the Gram Panchayat level to register and connect the migrant workers and employers so that they get an opportunity to work closer to their home. The skill mapping of the migrants could be conducted through this portal at Gram Panchayat or block-level to provide employment on a demand-driven basis under GKRY. The eastern states also need a massive reconstruction programme-like Roosevelt’s New Deal during the Great Depression in the US, to build infrastructure, agricultural markets and rural housing, alleviating distress migration in the medium to long run. Lastly, amid the rising cases, vaccine production needs to be ramped up to inoculate the most vulnerable population.

However, there remains a big question on the table: With our political and religious leaders flouting all norms of Covid-appropriate-behaviour during election rallies and religious congregations, how can we bring discipline amongst general public? The moral credibility of our leaders to impose lockdowns has surely eroded. India may have to pay a heavy price for this, surpassing Brazil and the US in number of Covid cases in the coming months. A sad story indeed.

Follow us on
Latest News
Jio seeks to speed up insolvency process for Reliance Infratel
Sugar exports of 6 mt allowed : Lower quota in view of high domestic prices, review later
Your Money: Buy corporate bonds in a public issue
Health Insurance: Can pay premiums on monthly basis
Tech makes city commuting smart & hassle-free
Rapz Active 786 Smartwatch: This promises freedom from wires
Samsung Galaxy Buds2 Pro: Everything but the price sounds good
Photos
Dazzling & Astounding! Proposed design of the to-be redeveloped Dakaniya Talav Railway Station in Rajasthan-PHOTOS
1 day agoNovember 5, 2022
Heart-wrenching! Here is a look at Morbi and the suspension bridge that collapsed
6 days agoOctober 31, 2022
In Pictures: PM Modi in Kargil to celebrate Diwali with soldiers, says, ‘All of you have been my family for years now’
2 weeks agoOctober 24, 2022
Read More
×
Will Lula’s Brazil be a game changer at COP27?
Pakistan: Chaos at the cross roads and what it means for India?
Inside track by Coomi Kapoor: Deadline postponed?
Across the aisle by P Chidambaram: No apologies, no resignations
Ringside view by Tushar Bhaduri: Power hitters
Doing Business redux