Lessons from the Hayes conviction 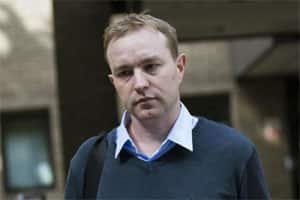 While it may no longer be shocking to hear Hayes pleading that such interest rate manipulations were common knowledge, both to his seniors and the banking sector in general, it may be heartening to note that RBI has taken proactive steps to counter similar manipulations of MIBOR—Mumbai Interbank Offered Rate—which was originally set up on the lines of LIBOR. Although it is not a global benchmark like LIBOR, it is, as the NSE defines it, the “yardstick for the money market”, serving as a reference in the interest rate swap market in India and a benchmark rate for majority of deals struck for interest rate swaps, forward rate agreements, floating rate debentures and term deposits.

MIBOR is a weighted average of lending rates of a group of banks. Since India’s banking system is largely composed of public sector banks, coupled with the fact that RBI—under the Banking Regulation Act and the RBI Act—could be more autonomous, it leads to a dangerous combination, putting the key actors of the Indian financial system and their stakeholders at risk. This regulatory oversight could not only incentivise traders to manipulate the system as it happened in the case of LIBOR but also lead to an erosion of trust in the financial system and in interbank transactions. Transparency and greater confidence in the system would lead to more usage of the benchmark. Like LIBOR, MIBOR could become a tool of measuring financial stress in the system and so there is an urgent need to regulate it.

Also Read
Promoting whose prosperity?
Band-aid for Vodafone Idea
Pressure on the rupee recedes
Agility – A superpower for organisations of tomorrow

A 2008 study, jointly conducted by the MIT, the IMF and the Harvard, found that reform was most effective in societies with intermediate constraints, like India. The proposal to constitute a Monetary Policy Committee with a majority from the government and no veto power for the RBI governor could undermine the apex bank’s autonomy.

It not only adds to the dangers of a possibly politicised monetary policy but also imposes stronger constraints on the underlying political economy, leading to distortionary and less effective policy-making. The contours of the monetary policy committee, as finally agreed upon between the finance ministry and the apex bank, remains to be seen. However, the problems of the current system need the introduction of institutional safeguards, the first of which must be to increase the autonomy of the apex bank, not only to send a signal of credibility to the market but also to undertake faster and more nuanced reforms.

Following the recommendations of the Bhaskar Panel in 2013, coupled with the study of other international reports, RBI announced the Revised Methodology for Overnight MIBID/MIBOR, which seeks to strengthen the existing framework for the benchmark setting process and notifies a code of conduct for submitters. While this sends out a signal of integrity and credibility to the local market, the efficacy of this benchmark, operational from June 22, remains to be seen.

The statutes at present give overarching powers to the central government, with respect to the removal of the RBI governor, overruling decisions and even superseding the Board. This means that any regulatory action by RBI, as permitted under the laws, could either be too late to be implemented or be completely thwarted. Under section 45W of the RBI Act, the bank is only allowed to issue directions, call for information, statement or other particulars from the agencies dealing in this market, or at the most cause an inspection of such agencies to be made. Thus, the current mandate of the law is mostly preventive and there are no specific provisions for the regulation of financial benchmarks.

Global developments in this field include the notification of LIBOR as a regulated activity under UK’s Financial Services and Markets Act 2000, the introduction of stringent provisions, including civil and criminal sanctions for the manipulation of financial benchmarks in both Europe and Singapore, and the sweeping changes made to the Japanese TIBOR. Thus, Hayes’s conviction might pave the way for others and it would do well for India to follow suit.

An independent central bank, with better control of monetary policy, could be achieved with effective mediation between the finance ministry and the central bank. An amendment of relevant statutes to introduce specific provisions for the regulation of financial benchmarks, coupled with more powers to the regulatory authorities, could protect the local market from abuse.

The same was suggested in the 2014 Report of the Committee on Financial Benchmarks, advocating an “increased role of RBI for oversight of the benchmark determination in line with international experiences,” particularly to empower the bank to issue directions to the benchmark administrators and frame adequate policies. The question of criminal sanctions, in line with the developments in other countries, is one of enormous significance but, to begin with, regulatory authorities in India must be given a larger mandate to increase transparency and liquidity in the market. The reduction of regulatory oversight and netting of such scandals can only be achieved through greater autonomy and more explicit regulations.