JRD Tata, whose 112th birth anniversary is today, was instrumental in creating a platform that would nurture a highly-skilled workforce in sectors as diverse as engineering, IT-ITeS, consumer and industrial products 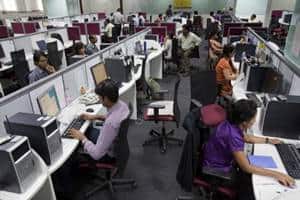 The future of India belongs to the younger generation. All of us have to do our bit to get them involved in improving the lives of Indians. If we do not do so, there will be serious social conflicts. (Reuters)

Today, India celebrates the 112th birth anniversary of the iconic industrialist Jehangir Ratanji Dadabhoy (JRD) Tata, often referred by his close associates as Jeh. All through his life, JRD Tata represented an exalted idea of an Indian identity: righteousness, forward-looking approach, competence, benevolence, commitment and compassion. He believed that “no success or achievement in material terms is worthwhile unless it serves the needs or interests of the country and its people, and is achieved by fair and honest means.” The economic prosperity of India, and development of its people and their happiness remained his life-long priorities.

JRD’s immense contribution to developing a skills-centric Indian industry has not been focused upon adequately because the skill development sector did not get galvanised into a national priority during his lifetime. Skills essentially thrive on a foundation of corporate excellence, educational and vocational institutions, progressive human resource policies, labour welfare, healthcare and demographic equity—where JRD’s role was truly exceptional.

In 1922, JRD joined Tata Sons as an unpaid apprentice for hands-on skilling and perhaps as a silent recognition of the dignity of labour. Under his leadership, most Tata companies later became the haven for India’s apprenticeship programme. As its elected chairman, JRD steered the Tata Group for several decades, with a significant presence in sectors of national priority. When he stepped down from chairmanship, Tata had become a conglomerate of 95 enterprises, having brought skills to the centre-stage of the Indian economy.

JRD was instrumental in the birth of Tata Motors (TELCO earlier), Tata Consultancy Services (TCS), Tata Tea, Titan and others. These companies signalled a significant shift towards a highly-skilled workforce in sectors as diverse as engineering, IT-ITeS, consumer and industrial products. These companies also invested in top-of-the-line vocational skilling facilities for their recruits as well as for continuous skilling of workforce. Companies such as TCS laid the foundation of an IT sector which bolstered employment and made skills both essential and aspirational for a large section of the Indian middle class.

Widely respected for being the father of Indian civil aviation, JRD took up flying very early and became the country’s first licensed pilot. At a personal level, he exemplified the importance of being highly skilled. JRD founded Tata Airlines in 1932, India’s first commercial airline, which later became Air India that earned the distinction of being among the best airlines worldwide known for among the best hospitality skills and aviation sector’s service standards.

JRD was also the trustee of the Sir Dorabji Tata Trust from its beginning itself. Under his mentorship, the trust started the Tata Institute of Social Sciences (TISS), which remains the largest reservoir of top-notch social sector skills in the country. He also established Asia’s first cancer hospital, the Tata Memorial, exemplifying the highest skills in healthcare. The Tata Institute of Fundamental Research (TIFR) became the cradle of skills in atomic energy in India. The National Centre for Performing Arts was also set up to provide a platform of opportunities for skilled as well as budding artists.

JRD’s deep care for workers is well known. He started “employee association with management” to give the skilled and semi-skilled workers a voice in the management. He championed the principles of eight-hour work, free medical aid, accident compensation and provident fund much before the government made these mandatory. JRD would often say, “to lead men, you have to lead them with care and affection.”

In 1979, JRD instituted a new practice; a worker is deemed to be “at work” from the moment he leaves home for work till he returns home from work. The Tata Steel Township also emerged as a UN Global Compact City because of the quality of life, skill development and education opportunities, sanitation standards, infrastructure and staff welfare.

JRD was bestowed with the UN Population Award for his crusading endeavours towards initiating and successfully implementing the family planning movement in India backed with strategy, skills and a process rigour. When he was awarded India’s highest civilian award—the Bharat Ratna—he is reported to have remarked in all humility, “But why me?”

As much for as the Tata empire that he built with highly skilled people, JRD would always be known for adherence to the highest ethical standards and uncompromising values. Paying tribute to JRD, MV Kamath wrote, “In his life what JRD did was what any ordinary pilgrim might have wished to do—go always beyond the last blue mountain, wishing to know what lay there.”