Is ‘Trumpism’ just what the doctor ordered? For India, it might well be, when it comes to drugs

President Trump will be different from his rabble rousing Republican candidate avatar who managed to alienate almost everybody, except those who voted him into the US president’s chair. 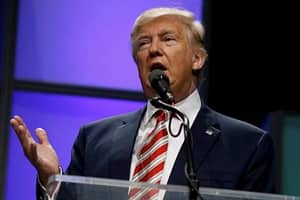 Against all odds, Donald Trump has beaten Hillary Clinton to win the US election, much like the Indian pharma industry’s hard won rise as the go-to country for affordable medicine. But is ‘Trumpism’ what the doctor ordered for the US? Fortunately, there are already early indications that President Trump will be different from his rabble rousing Republican candidate avatar who managed to alienate even his own party members. His acceptance speech for example, was almost conciliatory, when he promised to be a “President for all Americans”. Has he been advised to tone down his anti-immigrant pre poll rhetoric on what was one of his primary election issues?

Granted, a lot could happen between now and his actual entry into the White House. Good or bad, the world’s largest economy is in for change rather than continuity, which was his rival Democratic candidate Hillary Clinton’s main pre poll offering. The US is also the world’s largest pharmaceutical market, so it was to be expected that the US election results would send stock prices of both global and Indian pharma companies into a tizzy, with stocks jumping in anticipation of an easier ride. Trump has promised to roll back and replace the Affordable Care Act, which is as much a reflection of Republican policy as an effort to discredit the most ambitious project of President Obama’s two terms. Trump’s seven point health care agenda, Trumpcare if you like, has the same intent as Obamacare, i.e. to reduce the price of healthcare, but differs in the method.

Indian generic companies are expected to directly benefit from Trumpcare’s seventh bullet point, which promises to break down import barriers to allow US drug providers and consumers access to less expensive, safe products from overseas. India already accounts for more than a third of the medicines sold in the US. Stock prices of companies like Sun Pharma, Lupin, and DRL, which have a sizable presence in this market are trading at attractive valuations and are being tipped as good buys as their revenues from the US market could see an uptick thanks to Trumpcare.

But the devil is in the details, so we have to wait and watch.