IPR in Digicomms era: An essential constant amidst welcome changes

IPR in Digicomms era: The recently-released Draft National Digital Communications Policy is a universally-acclaimed shift in how the telecommunications industry in India is to be viewed. 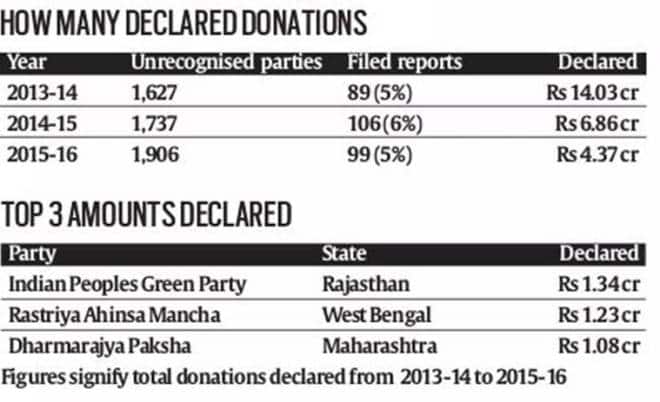 IPR in Digicomms era: An essential constant amidst welcome changes

IPR in Digicomms era: The recently-released Draft National Digital Communications Policy (DNDCP) is a universally-acclaimed shift in how the telecommunications industry in India is to be viewed. It points to a brighter path forward, since it covers a comprehensive look at India’s telecom industry—infrastructure, services, security and impact on the economy. From the unshackling of satellite communications to the release of the explosive potential of WiFi, the DNDCP is truly a brilliant stroke in the cause of ‘Broadband for All’. The policy is formulated on a results-oriented outlook to 2022, with clearly outlined objectives and milestones. It warmly embraces the alluring forward-thinking innovations such as the Internet of Things (IoT), 5G and Artificial Intelligence, so essential for the future of the telecom sector.

This integrated digital approach to telecom policy has been heartily welcomed by a wide circle of stakeholders across the industry. While many of the separating lines do blur significantly, it is also extremely important to recognise and highlight the areas that will remain unchanged as a result of the policy. One of these is the guidelines around IPR, or Intellectual Property Rights.

The Indian government released the National Intellectual Property Rights Policy (NIPRP) in 2016, which focused on tightening and enforcing IPR laws. It also highlighted the importance of building greater awareness around IPR. In fact, the protection and commercialisation of IPR is a significant part of the Narendra Modi government’s growth strategy. It is to be remembered that, with respect to safeguarding IPR, India does not present a pretty picture, ranking very low and even below countries such as Indonesia, Nigeria, Ukraine and Vietnam. There is, therefore, an urgent need to strengthen IPR and patents policies—and at least not dilute them.

Also Read
Still a net negative for people’s privacy
Understanding the four Vs of operations management – volume, variety, variation and visibility
The rising importance of the middle class in India
Cop out at COP27

The DNDCP covers IPR under its research and development strategy section. It mentions an intention to embrace an “Intellectual Property Rights Regime that promotes innovation.” In particular, it mentions a plan to review the legal regime around copyright, patents and trademarks that pertain to digital communications in the NIPRP.

The government requested feedback on the DNDCP prior to finalising it, and, in the light of a new telecom policy, it may be prudent to clearly indicate what has not changed. The overarching, existing provisions of the NIPRP, IPR laws and regulations are still applicable and are, in fact, the final authority on IPR decisions. The Department of Industrial Policy and Promotion (DIPP) released the NIPRP and has been the final authority on IPR-related matters since its inception.

With such a huge undertaking and several players, it is beneficial to all to clarify about the enforcement authority for any IPR-related issues that may crop up. Although the existing DNDCP seems to take into account the governing ambit of the National IPR Policy 2016 as enunciated by DIPP, it would be highly desirable that a specific statement in this regard is made in the final NDCP. The key is to recognise that the legal protection and right to monetise IPRs rests with NIPRP 2016 when it relates to digital communications.

Similarly, another area where the DNDCP may further clarify an important issue is the one concerning the differentiation between digital applications and infrastructure/carriage layers. DoT has always taken a progressive stance in this regard and the acceptance of TRAI recommendations on net neutrality was a step in the right direction. However, given the focused approach of DoT to promote broadband access even through the use of digital applications—better known as over the top, or OTT—it would be good if it is affirmed in the policy that the appropriate regulatory framework for such platforms rests within the confines of the IT Act 2000.

One of the primary highlights of the DNDCP, and rightly so, is the objective to achieve “Provisioning of Broadband for All.” This includes all tier-1, tier-2 and tier-3 cities and towns in India, fixedline broadband access to 50% of households and ensuring connectivity to all uncovered areas. This falls under the “National Broadband Mission—Rashtriya Broadband Abhiyan.” Additionally, it discusses the creation of a policy framework specifically for OTT services. Such a treatment should be a movement forward in liberalisation as compared to the present and not one of more stifling regulation.

OTT in India is poised to grow at a high rate. India accounts for 81% of the pay TV and OTT subscriber base among SAARC countries, according to a Dataxis report. This amounts to an estimated Indian market of $15 billion. It is a relatively new technology in the Indian market and can facilitate socioeconomic inclusion through new digital applications. There are huge consumer benefits and hence these should be positively encouraged. Policy clarity in this area is essential for the expeditious achievement of Broadband for All and the creation of a Digital India.

Undoubtedly, the DNDCP is an innovative and much-needed comprehensive look at India’s digital future and lays a roadmap to achieving our goals as a global leader in the decades to come. New changes, new innovations and objectives are outlined for the telecom industry to establish India’s digital future. The final NDCP could, however, clearly state areas where the existing policies will continue to play a strong role—for example, the NIPR Act of 2016 and the IT Act of 2000. As our digital communications evolve, there may be boundary and jurisdiction disputes that are inevitable in the face of multiple stakeholders, but policy clarity could avoid much of this and smoothen the digital ride on the broadband highway for all—especially the consumers.