IPL vs sugarcane: That’s really the equation in Maharashtra

Maharashtra’s annual sugar production of 10 million tonnes is the problem, not the IPL matches. 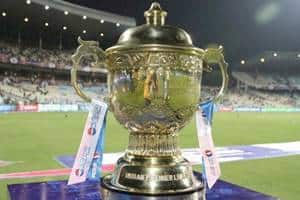 Given the acute scarcity of water in Maharashtra, so much so that the state even had restrictions on holi parties this year, it is not surprising that people should want to ban IPL matches from the state – according to the petitioners who have approached the courts, the IPL matches will uses 6 million litres of water. Put another way, that’s the water requirement for 45,000 people a day, a lot in a water-starved state. Evocative as that is, it’s the wrong way to look at it since, by that logic, a lot of water can be saved by not watering the huge lawns of the Raj Bhavan or emptying all swimming pools. The real culprit, as this newspaper pointed out a few years ago when Ajit Pawar made the insensitive statement about whether he should be pissing to fill the state’s empty dams, is the state’s policy that encourages production of the water-guzzling sugarcane. Each kilogram of sugar requires 2,068 litres of water which translates to 2 million litres of water per tonne of sugar. So, if the water usage numbers for IPL are correct, we just need to reduce Maharashtra’s sugar production by 3 tonnes! Last year, Maharashtra produced 10 million tonnes of sugar, so that’s a drop in the ocean.

It is, of course, unfair to single out Maharashtra alone. It is, of course, true that moving out sugarcane from Maharashtra to Uttar Pradesh will lower water consumption by half. But so will moving out rice production from Punjab – 5,389 litres of water get used up per kg of rice – to West Bengal. But the reason why that does not get done is that, with rice procurement by FCI mainly centred around Punjab and Haryana, it is farmers in these states are encouraged to grow rice – there is hardly any procurement in West Bengal.

The problem gets worse when you consider, as Kotak Institutional Equities report points out, that India gets around 2,600 billion cubic metres (bcm) of rain and water from snow melting in even a bad monsoon year while it needs around 1,100 bcm to meet all requirements. So what’s the problem? With India’s capacity to store water a mere 253 bcm, most of the water gets lost and, when there is a failure of rain – we’ve had two back-to-back poor monsoons this time – the water shortage reaches epic proportions. Fixing this problem requires building more dams – as compared to 1,294 dams in the 1970s, we’ve built a mere 330 since 2001 – and coming up with sensible agriculture policies that discourage farmers from growing water-guzzling crops in states like Punjab and Maharashtra and, instead, giving enough marketing support – including free water and power subsidies – in states like Bihar and West Bengal where the water table is very high. Neither pissing in the dams to fill them up or stopping IPL matches is going to help – to borrow from Ajit Pawar’s terminology, that’s like pissing in the wind.