Should telcos and internet companies join hands or fight? 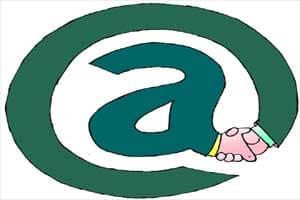 In India, while fierce battle by mobile operators is expected in the spectrum auction to retain or augment their precious and often pittance spectrum holdings, the internet companies have been pitching to be part of the government’s Digital India campaign.

At the Mobile World Congress in Barcelona, while Google was fighting for internet independence from the telecom companies, Facebook was pitching for close collaboration with them. With the recent announcement of the new Net Neutrality Regulatory Framework in the US which intends to bring in the Internet Service Providers under the Title II provisions of the Communications Act of 1934—thus reclassifying internet service offerings as telecommunication service—these debates have profound consequences.

In India, while fierce battle by mobile operators is expected in the spectrum auction to retain or augment their precious and often pittance spectrum holdings, the internet companies have been pitching to be part of the government’s Digital India campaign. We analyse the strategies of three players in this context.

Facebook, through its Internet.org initiative, is orchestrating a more collaborative effort with the telcos to bring internet access to the masses, mainly in developing economies. There are indications of operators such as Reliance Communications bundling the internet of “Facebook” for minimal or even zero price (aka zero rating). While this is likely to come under the regulator’s lens sooner or later, Facebook realises that it is important for its content to flow through the high capacity pipe owned by the telcos.

On the other hand, Google has taken a diametrically opposite view and is trying to put itself in the carrier’s shoes without, of course, incurring high-cost investments, including that for spectrum. Using drones, loons and optic fibre, Google is trying to enter into the access market. Though senior vice-president Sundar Pichai downplayed Google as an access provider at the Mobile World Congress, it plans to start its first Mobile Virtual Network Operator (MVNO) service in the US with possibly leasing spectrum from T-Mobile and/or Sprint. In all possibility, the new Nexus devices will come bundled with its service offerings, providing consumers with all they want from a single point of sale—access, device, applications and services. In India, if Google enters as an MVNO, the dormant Android One will (could?) get a facelift, making available Android smartphones at very low prices (or even free!). Will this come under the Net Neutrality violation as a vertically bundled offering giving preference to Google devices and services?

The third, not so active protagonist in this play, is Microsoft. Satya Nadella during his visit to India met with the Prime Minister to promote the company’s TV White Space technology (aka Super Wi-Fi) for the masses, and there are indications that Microsoft may be given an experimental licence (much similar to that given in the US and other countries) to test its access technology in the 470-585 MHz in the TV spectrum band. A version of this technology that uses unlicensed spectrum in the 54-790 MHz spectrum band has also been standardised by the IEEE (as IEEE 802.11af)—the body that promoted the ubiquitous Wi-Fi. Although the intentions of Microsoft are not clear at this point (as they have not been a vocal and active content player as yet in the consumer space), it might revolve around Microsoft devices being bundled with Super Wi-Fi chip-sets running Windows 10 operating system and providing access to Windows App store for content. Unlike the other two, Microsoft is on a safer ground due to its use of unlicensed band and hence not under the direct purview of Net Neutrality regulations!

In parallel, Qualcomm, the venerable chip-maker, announced at the Mobile World Congress a new series of products that support the 4G technology—LTE-U in the unlicensed band of 5 GHz (which is being used in Wi-Fi). This is the first time that Qualcomm introduced chip-sets that work on unlicensed band and hence the indications of mobile operators combining both licensed and unlicensed bands to provide access services. It is expected that Qualcomm and other chip vendors are likely to introduce products that work on other unlicensed bands including TV White Space spectrum in the years to come, thus overlapping their offerings with the intentions of Microsoft and Google.

At the end, what consumers want is high-quality internet access at affordable prices that maximise their utility and surplus, and hence will avail any of the above options accordingly. Ideally, the governments and the regulators should take a stance (i.e. allow or not) on any of the above after taking stock of the benefit it will bring to the masses. Telcos are likely to invest heavily in spectrum and infrastructure to handle the expected increase in traffic. Internet companies (the ones whose approach works out) get their larger objectives met. However, they need the support of the telcos for infrastructure and customer reach.

Hence we will likely see telcos and internet companies joining hands to develop suitable techno-economic models for the internet of masses.

The authors are professors at the International Institute of Information Technology, Bangalore