Inside Track: Political debut on the cards for Raihan Rajiv Vadra?

No question hour, alternating four-hour sessions daily for the Rajya Sabha and Lok Sabha, and MPs to be spread over seats in both the Houses and the visitors’ galleries. 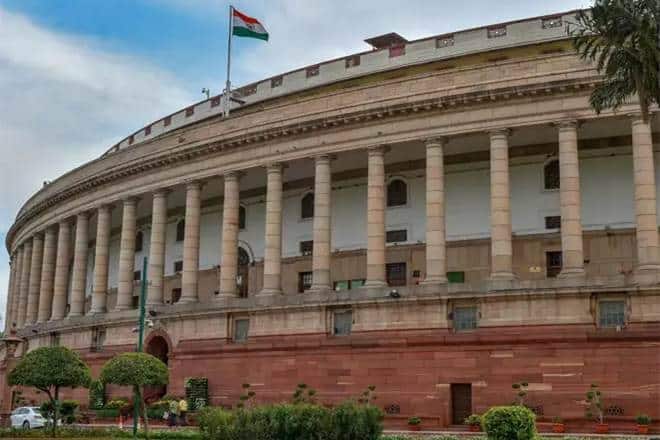 Entry in the premises will be allowed only on production of a COVID-19 negative report, with the test conducted not more than 72 hours before the start of the session.

Artful czar
The cultural czar in Modi-II is neither the Culture Minister, Prahlad Singh Patel, nor the Secretary, Culture, Anand Kumar. The man who calls the shots is Raghavendra Singh who retired as culture secretary last year and was appointed to the newly created position of CEO, Development of Museums and Cultural Spaces. Singh’s most recent coup is the appropriation of 4,000 priceless art works owned by Air India, for which an MoU is to be signed shortly. The paintings will be stored at the National Archives in Delhi, which does not have adequate wall space to display them. Logically, the collection should have gone to the Museum of Modern Art, which does not fall under Singh’s purview, or it should have been auctioned off to cover the airline’s debts.

Singh first came to notice when as culture secretary he was put in charge of setting up a museum for all Indian prime ministers at Teen Murti Bhavan, as well as looking after the Nehru Memorial Museum and Library. The CEO’s empire has grown steadily since. Ten British-era Army barracks at the Red Fort have been converted into exhibition halls, and, in one, a private Delhi art gallery is permitted to display its own collection. Another hall has been requisitioned by an industrial house. In Kolkata, Singh has opened a museum in the Old Currency Building with the private Delhi gallery again favoured.

New parliament
It is a strange new Parliament which begins on Monday. No question hour, alternating four-hour sessions daily for the Rajya Sabha and Lok Sabha, and MPs to be spread over seats in both the Houses and the visitors’ galleries. Even Central Hall will seat Lok Sabha MPs. Only 39 journalists will be permitted in the press galleries and except for seven they will rotate daily. Despite the precautions and compulsory Covid tests, threat of infection looms. Already 50 Parliament staff members have tested positive.

Political debut?
Raihan Rajiv Vadra opened a Twitter account early this year. Judging from his tweets, Priyanka Gandhi Vadra’s son is more interested in photography than in politics, though his profile states he is co-founder of a panel for creating communities around democracy. That he will eventually enter the family profession seems likely since he already has a fan club on Twitter. In the last few years, Raihan’s middle name Rajiv is regularly included, leading to speculation that like his uncle, Feroze Varun Gandhi, he may opt for his second name in politics. Both Feroze and Raihan, which means sweet basil, are Parsi names, from their great-great-grandfather Feroze Gandhi’s side. The name Rajiv is more likely to resonate with voters.

Selective axing
Government offices such as Shastri Bhavan, Rail Bhavan, Nirman Bhavan, Krishi Bhavan, Vigyan Bhavan et al, with the soulless architecture of the 1950s, are slated for demolition in the proposed Central Vista project. But there is uncertainty whether the Indira Gandhi National Centre for the Arts (IGNCA) and Jawaharlal Nehru Bhawan will survive bulldozers. Sceptics joke that their names alone make them vulnerable, although Nehru Bhavan which houses most of the Ministry of External Affairs was built less than 10 years ago for Rs 220 crore. One learns that the Nehru Bhavan building will remain, though MEA staff will shift to the new inter-connected secretarial building complex bordering Central Vista. However, the IGNCA, with acres of land which has been put to very little use, is to be re-located.

Undiplomatic tales
Retired diplomat Pascal Alan Nazareth has interesting anecdotes in his autobiography. In 1989, as consul general in New York, he was asked by an ED team to authenticate a customer copy of a bank in St Kitts island which stated that V P Singh and his son had $21 million in their account. Nazareth refused, pointing out that it was customary for the bank customer to ask for the verification. The ED team was furious and an IFS joint secretary in the PMO pressured Nazareth. But he was adamant. In October 1989, the Arab Times and some in Indian media carried reports of the fake bank account. Soon, Rajiv Gandhi lost the elections and V P Singh became PM. A CBI case was registered against those who planted the St Kitts story, including the Enforcement Director. The joint secretary, however, was let off the hook.