Inside track: From movie on Bal Thackeray to new book by Jay Panda

Manmohan Singh’s Rajya Sabha membership from Assam ends on June 14 and Sonia Gandhi is keen that the former PM continues to represent the party in Parliament. 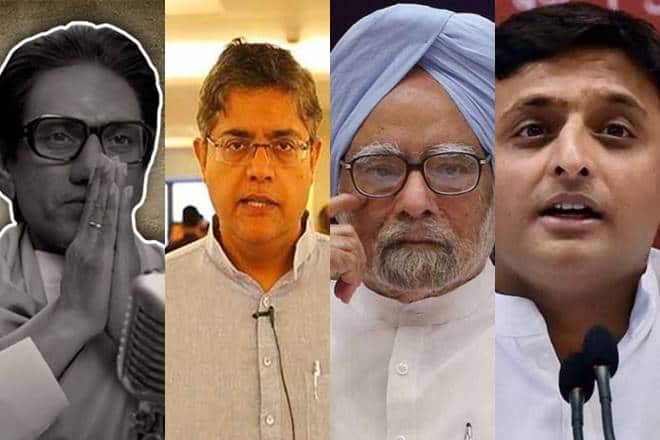 Long before polls have been Jay Panda sees himself as a politician with one foot in Lutyens Delhi and one in real India.

Ides of Jan
The Thackeray family has a busy schedule this month. On January 25, Sanjay Raut’s film on Bal Thackeray is to be released with Nawazuddin Siddiqui playing the lead. Mumbai theatre owners have been informally told that no other film should be released that weekend. On January 27, Amit Thackeray, son of Balasaheb’s nephew Raj, is getting married. Politicians across party lines have been invited, including feuding cousin Uddhav Thackeray and the BJP’s Nitin Gadkari, but not PM Narendra Modi. Within the same month, Uddhav has to decide whether the Sena will continue with the BJP. Uddhav is playing hardball and insists that if there is to be an alliance for the Lok Sabha polls, an agreement should first be reached for the Assembly. Most Sena MPs are keen that the tie-up remains, since their seats are at stake. But Amit Shah made the possibility of a meeting ground even more difficult with his tough talk in Latur, threatening that allies who leave the NDA will be uprooted.

High table, high talk
The mood was buoyant at the dinner hosted by Sonia Gandhi for party MPs at the end of the current Parliament session. Surprisingly, at the head table, the conversation was not about the 2019 elections or the party’s recent poll victories. The conversation took a philosophical and religious turn when Rahul Gandhi compared Shaivism to Taoism and the talk veered on to Buddhism, Jainism, the Adi Shankaracharya and the difference between Gandhi’s and Buddha’s non-violent movements. Shashi Tharoor was in his elements with Anand Sharma and Kumar Ketkar joining in the discussion. Sonia Gandhi, Manmohan Singh and Mallikarjun Kharge mostly listened in silence.

Shortfall of 100
Long before polls have been announced, Delhi’s armchair analysts have already pronounced their verdict. The question in Lutyens drawing rooms these days is whether it is possible for Narendra Modi to reach the halfway mark of 272, since it looks like the BJP will lose at least 90 seats it won in the last elections. The calculation is that in UP if 2014 figures are taken as the benchmark, the SP and BSP vote share combined would give the two parties 41 seats and the BJP would be left with well under 40. In the light of the recent Assembly results, the BJP is also expected to lose some 30 seats in the Hindi heartland and 20 elsewhere in the country. It is difficult to make up the shortfall from the rest of India. Amit Shah may be hopeful of better results in the East, but most of the remaining constituencies are in the South.

Seat adjustment
Manmohan Singh’s Rajya Sabha membership from Assam ends on June 14 and Sonia Gandhi is keen that the former PM continues to represent the party in Parliament. Since a re-election from Assam is impossible, it has been suggested that Ambika Soni should resign her Rajya Sabha seat from Punjab, of which three years remain, to accommodate Singh. In return, Soni has been promised that she can be the Congress’s Lok Sabha candidate from Anandpur Sahib, where she is assured of victory. Soni is reportedly not enthused by the idea. At 76, she wants a break from the rough and tumble of the campaign trail.

Same birthday
Akhilesh Yadav once addressed Mayawati as ‘bua (aunt)’ and made fun of her extravagant birthday parties. The BSP leader, in turn, dismissively referred to Mulayam Singh’s son as “babua (little boy)”. But now that the two have sealed an alliance in Uttar Pradesh, they treat each other with new-found respect. Bua immediately expressed solidarity with babua, when the CBI decided to probe Akhilesh in an old mining scandal. She pointed out that the CBI had foisted the Taj corridor case on her. The two share more in common than just an alliance and the CBI cases — the birthday of both Mayawati and Akhilesh’s wife Dimple is on January 15. Will the former feuding families, now political friends, celebrate their birthdays together this year?

Maverick’s salute
Long before polls have been Jay Panda sees himself as a politician with one foot in Lutyens Delhi and one in real India. He has titled his just released book Lutyens’ Maverick. Panda marches to his own tune and when he quit Naveen Patnaik’s BJD last year, he also resigned his Lok Sabha seat. Present at his book launch were his former parliamentary colleagues from most parties, including the BJP, Congress, AAP, SP and NCP. But there was not a soul from the BJD. Sanjaya Baru, who also fell out with his former boss Manmohan Singh after authoring The Accidental Prime Minister, tweeted, ‘Lutyens maverick salutes another such maverick’.