Trinamool Congress chief Mamata Banerjee’s attempt in Delhi to reach out to politicians and intellectuals disillusioned with the Gandhi family’s hegemony over the Opposition and looking for a viable alternative to the BJP was not as successful an outreach as she had hoped. 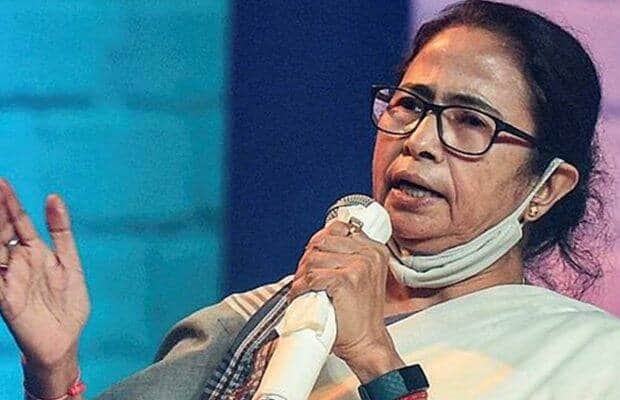 Agitated leaders from South India, cutting across party lines, are reportedly planning to meet in the Capital next week to discuss organising a joint protest against any attempt by the government to implement delimitation of parliamentary seats, scheduled for 2026. Delimitation would require each constituency to have roughly the same population. An indication that the government was planning to go ahead with a delimitation exercise was seen in Prime Minister Narendra Modi’s instruction to Bimal Patel, the architect for the new Parliament building, to increase the seating capacity of the new Lok Sabha hall from 543 seats to over 750. If delimitation is implemented, states with low population growth rates such as Kerala and Tamil Nadu will see their share of representation in the House fall, while UP, Bihar and Rajasthan would increase their clout. Southern politicians say they will not allow their states to be politically marginalised for better family planning.

There is some concern over Maharashtra Chief Minister Uddhav Thackeray’s health. Thackeray, 61, was admitted to a private hospital for a spine surgery on November 10, and was discharged on December 2, after 22 days. He conducted Cabinet meetings from the hospital and his residence has been fitted out to handle any medical emergency. With doctors advising Thackeray complete bed rest, he skipped father Bal Thackeray’s death anniversary function on November 17, and deputed his son Aditya to meet Mamata Banerjee when she visited Mumbai last week. The Maharashtra Assembly Session has been moved from December 10 to December 22 and curtailed to a week. Also, in a departure from tradition, the Winter Session will be held in Mumbai and not Nagpur.

The new team additions to the Indian Premier League were puzzling as Kolkata industrialist Sanjiv Goenka opted for the Lucknow franchise over the more lucrative Gujarat franchise. Goenka’s firm Rs 7,090-crore bid was way above the next highest of Rs 5,625 crore, by a little-known European private equity firm, CVC Capital Partners. So it could have picked either venue. Since the Narendra Modi Stadium in Ahmedabad has a seating capacity of 1,30,000 and the Lucknow Ekana Stadium can accommodate only 50,000, it made more business sense to opt for the Ahmedabad franchise, particularly as it was also likely to attract more advertisers. Goenka, who owns the India Super League football club Mohun Bagan, attributed his surprise choice to the fact that he has business interests in UP and saw potential in the populous northern region. But sceptics wondered whether the real reason was that he did not want to rile Mamata Banerjee, the CM of his home state, by owning a team which would be viewed as a brand ambassador for Gujarat. Incidentally, Gautam Adani, who was widely expected to bid for the Gujarat franchise, stayed away.

A Congress MP on a recent visit to Jharkhand came across some news which he considered alarming. The government, with the Jharkhand Mukti Morcha and Congress as partners, was in danger of collapsing, due to crisis brewing within the Congress. Some Congress MLAs were being wooed by the BJP, he learnt. The MP promptly messaged Rahul Gandhi that the situation was serious and immediate steps should be taken. He received a perfunctory response to his SOS 14 hours later, assuring him that his information would be checked out. Gandhi was out of the country for three weeks in November and in no hurry to act.

Trinamool Congress chief Mamata Banerjee’s attempt in Delhi to reach out to politicians and intellectuals disillusioned with the Gandhi family’s hegemony over the Opposition and looking for a viable alternative to the BJP was not as successful an outreach as she had hoped. Several of those invited to meet Banerjee were taken aback when they discovered Banerjee’s nephew Abhishek Banerjee, Prashant Kishor and Derek O’Brien sitting close by. The presence of the three made conversation awkward since many were afraid to speak openly fearing that the talks would leak. One member of the Congress G-23 dissidents group cancelled his meeting when he learnt there was to be company. A Trinamool Congress member felt humiliated by the overzealous frisking by security personnel. Banerjee complained to her people that the meetings were badly organised. In Mumbai, Banerjee held a joint get-together with prominent civil society members.