Shah and Fadnavis have long patched up their differences, but Shah saw Shinde’s elevation and Fadnavis’s humiliation as part of a long-term strategy to bring the powerful Maratha caste into the BJP fold and weaken the Sena. 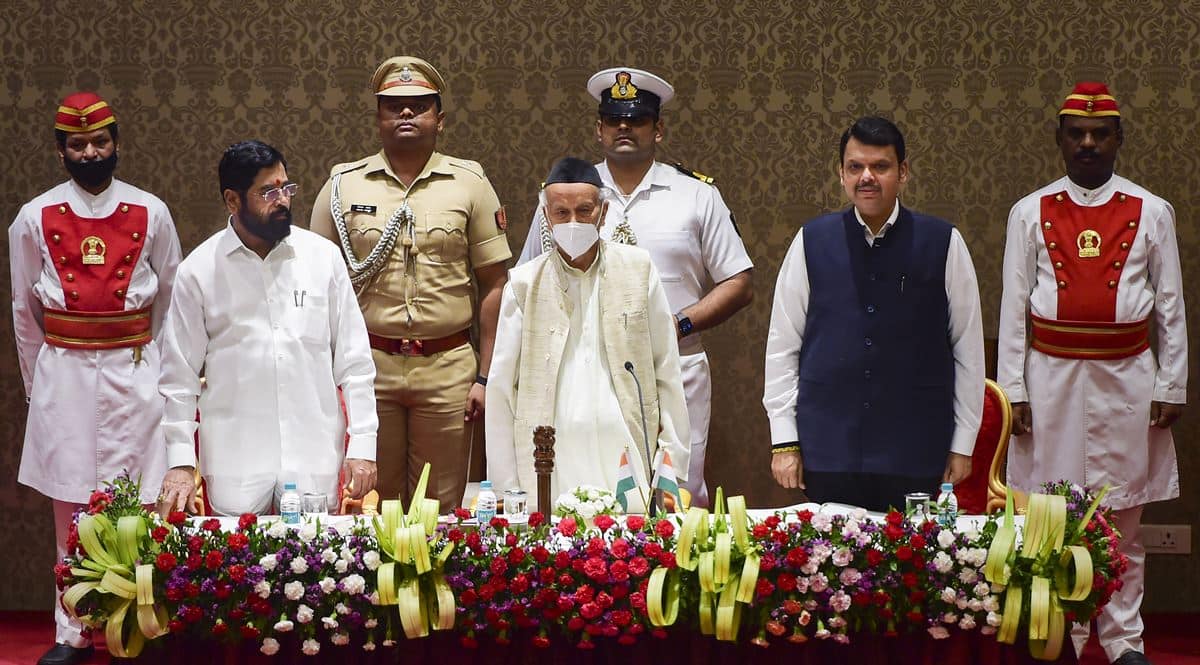 The latter cautioned the over-ambitious Fadnavis against revealing his hand too soon.

The surprise anointment of Eknath Shinde as Chief Minister, and Devendra Fadnavis’s acceptance of the junior position, had Amit Shah’s imprint. Fadnavis played a secondary role in the Sena rebellion. He kept Shah in the loop over Maharashtra developments from the beginning. The latter cautioned the over-ambitious Fadnavis against revealing his hand too soon. Operation topple was so secret that when Fadnavis flew to Vadodara to meet Amit Shah and Shinde on June 25 night, he first caught the plane to Indore to put Thackeray’s men off the scent. The BJP worked on Shinde for over six months. The Sena leader was particularly rattled when the premises of a close associate were raided by Income Tax authorities. Shah and Fadnavis have long patched up their differences, but Shah saw Shinde’s elevation and Fadnavis’s humiliation as part of a long-term strategy to bring the powerful Maratha caste into the BJP fold and weaken the Sena. Fadnavis was, himself, kept in the dark about his own future role till the very end. Hence his initial reluctance to accept the deputy CM’s post.

While the BJP’s manoeuvring is half the story, Uddhav Thackeray has also to share the blame for the disenchantment of his MLAs. The mild-mannered Uddhav is temperamentally unsuited for politics, especially heading a party teeming with toughtalking street fighters. He was never keen to be CM, but his wife Rashmi and son Aaditya were ambitious on his behalf. Rashmi placed relatives in key positions in the government and she and Uddhav’s close aide Milind Narvekar blocked all access to Uddhav. The Hindutva-minded Sena MLAs felt closer to the BJP representatives whom they had known for years. In contrast, they were suspicious of their NCP allies, their long-time adversaries in Maratha-dominated constituencies. Incidentally, besides Shinde, there is a BJP mole in both the NCP and Congress camps. Both were willing to assist the BJP in its defection plans, but unlike Shinde they could not promise a defectionby two-thirds of the MLAs. And the BJP wanted to ensure that a fresh election was avoided.

Also Read
Right call on BSNL: Company executing critical projects no private firm will ever touch
A GIFT that keeps on giving
This time’s different: A US recession can shave 100 bps from India’s growth
Banking on bancassurance

Rahul Calls EPS
After the BJP announced the name of Droupadi Murmu as its presidential candidate, Rahul Gandhi telephoned AIADMK leader Edappadi K Palaniswami (EPS), seeking backing for the Opposition candidate Yashwant Sinha. The DMK was understandably concerned over an overture to its rival. But Rahul has been suspicious of the DMK’s intentions since its chief and Tamil Nadu Chief Minister M K Stalin’s representatives in the Opposition discussions searching for a presidential candidate stopped short of categorical support to a joint candidate before the BJP announced Murmu’s name. Though Murmu’s profile, which sends a social justice message, suited the DMK better than the upper-caste Sinha, it eventually fell in line. The go-between for the Congress talks with the AIADMK was Sunil Kanugolu, a pollster who worked for the AIADMK and is now with the Congress. Rahul reportedly wants to keep his options open in Tamil Nadu for 2024, in view of the DMK’s lukewarm support on certain issues, including the National Herald case against him, Sonia Gandhi and other Congress leaders.

Borderline Tales
In his latest book, Scars of 1947: Real Partition Stories, the affable Congress politician, journalist and cricket administrator, Rajiv Shukla, has laced his reminiscences with some intriguing tales from Pakistani high society, with whom Shukla has been rubbing shoulders for over three decades. For instance, he recounts the mysterious circumstances under which the bruised body of Mohammad Ali Jinnah’s sister Fatima was discovered in 1967. Fatima lived alone. A day earlier she had attended a wedding and was in fine spirits. There was a demand that the corpse be exhumed, but the then government of Ayub Khan refused. Shukla also recounts that singers Noor Jehan and Lata Mangeshkar were close friends. Lata, though she had numerous fans in Pakistan, refused to visit the country. So the two singers met at the BSF guest house at the Wagah border, both of them carrying culinary delicacies from their homes. Writing about Sharmila Tagore’s late husband, Nawab of Pataudi Mansoor Ali Khan, Shulka notes that he and his father were both captains of the Indian cricket team. But Pataudi senior, Iftikhar Ali Khan, was appointed captain because the initial choice, Bhausaheb Babasaheb Nimbalkar, an outstanding cricketer, came from an ordinary family and members of royal houses in the team refused to be led by a commoner.