Need to reduce farm sector’s vulnerability to critical resources, not be sanguine about its pandemic-year showing 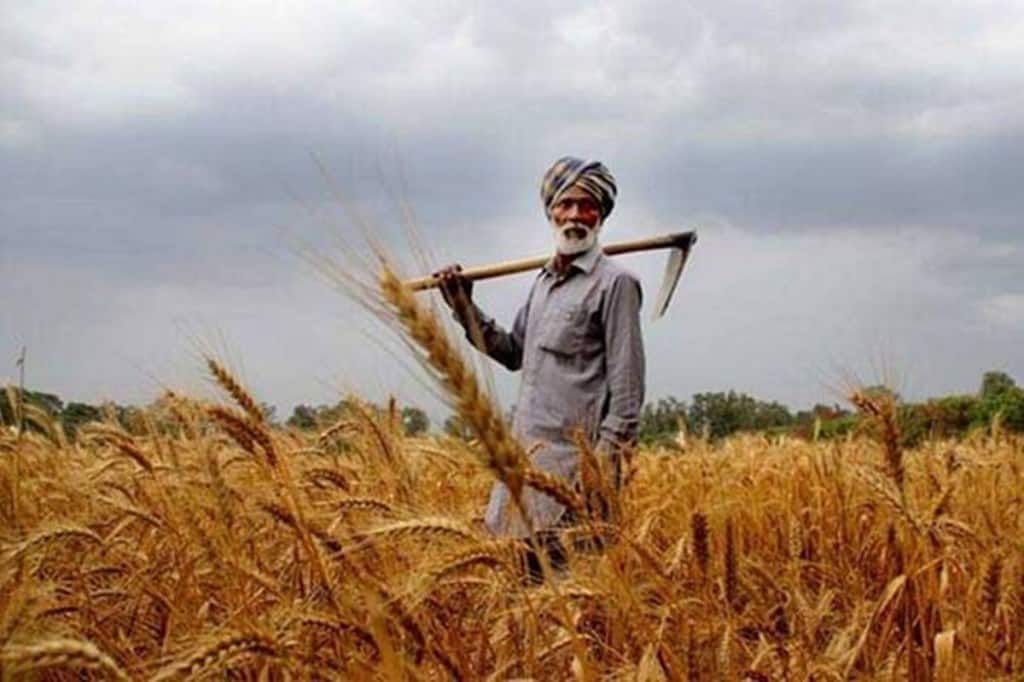 During the economic downturn of the past year, agriculture’s performance was a saving grace. But continued growth cannot be taken for granted. Erratic monsoons, groundwater stress, soil degradation, and unmet nutrition demands exert stress. If the pandemic has taught us anything, we must use good times to prepare for the bad. The maxim is equally true for judicious use of resources in agriculture.

When the economy shrank by 24.4% by June 2020, agriculture grew 3.4%. By Q3, against barebones economic recovery (0.4%), agriculture grew 3.9%. The trend, however, is of slow agri-growth, at half (or less) than the economy’s average. This year’s foodgrains production target is 307 million tonnes (MT) compared to 301.92 MT last year. The spread of Covid to rural areas could further dampen prospects. The operative question is what drives farm growth. The answer—luck, water and fertiliser—doesn’t inspire confidence.

Also Read
Inside track by Coomi Kapoor: Deadline postponed?
Across the aisle by P Chidambaram: No apologies, no resignations
Ringside view by Tushar Bhaduri: Power hitters
Understanding the four Vs of operations management – volume, variety, variation and visibility

Agriculture’s fortunes periodically swing depending on monsoons. This year, the Met has forecast a normal monsoon (98%) (June-September). With 60% of net sown area being rainfed, good monsoons matter critically. When rains fail, pressures mount on small and marginal farmers.

Of 1,123 billion cubic metres (BCM) of usable water resources, 690 BCM is surface water. India’s reservoir capacity for surface water resources is only 258 BCM. With limited access to surface irrigation for most farmers, the default is to pump groundwater, enabled by low/zero electricity costs. India has become a groundwater economy, using more than China and the US combined. Overexploitation of this critical resource gravely threatens agricultural output. Farming in India is notoriously water-inefficient. Consumption can range from 2,719 cubic metres per hectare (m3/ha) for oilseeds to 4,581 m3/ha for rice to 8,957 m3/ha for sugarcane. To reduce water footprint and improve nutritious diets, farmer incentives and dietary preferences must shift towards coarse cereals (jowar, bajra, ragi). Even for water guzzling crops, there is huge potential to improve water efficiency without compromising output or food security. A recent study of eight crops compared consumption of the most efficient and least efficient farmers. For paddy, for instance, shifting farming practices to the most efficient ones could reduce water use by 25% in Maharashtra and 73% in Andhra Pradesh. Overall, 20-47% of irrigation water could be saved between 2030 and 2050—and reallocated to other sectors— if farmers adopted water-saving irrigation practices.

As India grows, total water withdrawal will jump from 949 BCM in 2010 to 1,058 BCM in 2050. Agriculture’s share will rise from 77% in 2010 to 81% in 2050. Savings of just 1 BCM in agriculture could provide water to 4.2 million urban households annually. The Har Ghar Jal and Make In India programmes would need additional 82 BCM and 117 BCM, respectively. Inefficient water use in agriculture will create tensions with other sectors. Economywide, there is a massive cost of not improving agricultural water efficiency and not reallocating the savings to more productive sectors. CEEW researchers estimate this at nearly `48 tn ($869 bn) in 2030 and `138 tn ($2.520 tn) in 2050.

Farming is not just about water but seeds and soil as well. Intensive fertiliser use has driven the Green Revolution. This kharif season fertiliser demand will rise to 35 MT. As with water, there are limits beyond which application of (chemical) inputs yields diminishing returns.

The good news is that there are substitutes for input-intensive farming. Another study has identified 16 most promising sustainable agriculture systems and practices around India. The bad news is that they remain marginal. Only five—crop rotation, agroforestry, rainwater harvesting, mulching, and precision agriculture — have scaled to more than 5% of the net sown area. Crop rotation covers 30 million hectares (Mha) and agroforestry about 25 Mha. Although India has the largest number of farmers practising natural farming (800,000), they account for only 0.7% of farmers. Organic farming covers just 2% of net sown area. What holds back sustainable agriculture? First, we do not know enough. We need more studies not only on yield and incomes but also potential benefits for biodiversity, public health (from reduced fertiliser use) and gender dynamics. Second, we do not spend enough. The National Mission for Sustainable Agriculture gets only 0.8% of the agriculture ministry’s budget (even smaller if INR 71,309 crore for fertiliser subsidies were counted).

Third, we do not experiment enough with alternative water pricing strategies and restructured input subsidies to increase efficiency. We must test the macroeconomic benefits, at a basin or sub-basin level, of reallocating water to more productive sectors without dropping farm output. Fourth, we do not market enough. Sustainably-farmed produce could command a premium in markets. Government support should account for total farm productivity (including ecosystem services). Farmers need reliable insurance cover to de-risk their experiments with alternative cropping systems.

Fifthly, we do not disseminate enough. Information on better farm practices and their outcomes should be readily available on integrated data platforms. India has recently promoted 2022 as International Year of Millets at the UN. We must educate farmers and consumers about the nutritional and environmental value in sustainable agriculture.

Rather than be sanguine about agriculture’s relatively better performance in a year of economic contraction, India must act to reduce its farm sector’s vulnerabilities to critical resources. Luck, water and healthy soil will eventually run out.

The author is CEO, Council on Energy, Environment and Water

Follow us on
Latest News
Delhi pollution needs long-term steps, targetting select sectors not way forward say experts
Assembly by-poll results: BJP leading from Gola Gokarannath, Rutuja Latke leading in Andheri (East)
Five ways how artificial intelligence impacts PGDM students
Twitter Blue to launch in India in less than a month, Elon Musk confirms
How different CTV advertising strategies can help in the reach of a brand
How social platforms may help you grow your e-commerce business
Bangladesh opt to bat against Pakistan in virtual QF
Photos
Dazzling & Astounding! Proposed design of the to-be redeveloped Dakaniya Talav Railway Station in Rajasthan-PHOTOS
15 hours agoNovember 5, 2022
Heart-wrenching! Here is a look at Morbi and the suspension bridge that collapsed
6 days agoOctober 31, 2022
In Pictures: PM Modi in Kargil to celebrate Diwali with soldiers, says, ‘All of you have been my family for years now’
2 weeks agoOctober 24, 2022
Read More
×
Inside track by Coomi Kapoor: Deadline postponed?
Across the aisle by P Chidambaram: No apologies, no resignations
Ringside view by Tushar Bhaduri: Power hitters
Doing Business redux
Paving the way for climate in finance
Must banks be big to succeed?