Industrial waste: Here’s what govt must do to stop water pollution 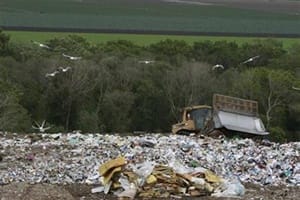 In many low and middle income countries, weak laws and ineffective regulatory bodies have led to rising incidences of industrial waste flowing into ponds, lakes and rivers.

Industrial waste is one of the major sources of water pollution in all parts of the world. As a process, it occurs for many reasons, and has negative externalities in terms of making water unfit for drinking and domestic purposes, for animal use and for supporting the surrounding flora and fauna.

In many low and middle income countries, weak laws and ineffective regulatory bodies have led to rising incidences of industrial waste flowing into ponds, lakes and rivers. If we examine the causes, the role of the pharmaceutical industry is similar to printing, chemical and paint industries. Pharma effluents contain hazardous chemicals which are leading to antimicrobial resistance or AMR where the human body is resistant to antibiotics, and thus, becomes susceptible to common infections. The very same ingredients used to manufacture antibiotics get mixed up with the bacteria during waste disposal, through our waters. Studies have shown that high levels of antibiotics are found in streams and lakes in the area close to many plant than in the body of human beings. The phenomenon is such that it is assuming the form of a serious public health issue in developing as well as developed countries. Over 700,000 people die every year because of antimicrobial resistance (AMR) all over the world. If this trend persists and resistance continues, McKinsey studies has shown that by 2050, around 10 million people globally will die because of AMR (Antimicrobial Resistance)

According to a report commissioned by Nordea Investments of Norway, “The city of Hyderabad in India, regarded as an important manufacturing destination for pharma products in the whole world has a notorious practice for releasing pharma waste or active pharma ingredients (API) into the environment i.e. rivers, lakes, ponds, etc, without treatment at its source. Hyderabad accounts for one-fifth of pharma products produced in India. Further, according to an assessment made by the Central Pollution Control Board in the year 2015, the number of contaminated waterways has more than doubled in the past five years and that half of the country’s rivers are now polluted.

Also Read
Understanding the four Vs of operations management – volume, variety, variation and visibility
Need to rethink MSP: Time has come to look at alternatives like deficiency payments & direct income support
The track to transport decarbonisation: Imperative to boost efficiency of terminal operations through innovation
Presidential polls: Inequity in representation

The Bollaram-Patancheru region in Hyderabad, Telengana is famous for being one of the most polluted industrial areas in India. The periphery around the area has become so toxic one 2001 article recommended that “most of the soils should be removed from agricultural production” in Patancheru. There is an increase in higher abortion rates to birth defects and stunted growth in children, as well as greater incidence of skin diseases in the region. In the district of Medak in the state of Telangana, Greenpeace in its several reports has identified that people, animals, crops and land have been afflicted by the pollution of industrial waste. Villagers report many serious health issues, including miscarriages, skin disorders, cancers and intestinal problems. The livestock suffer from the same problems. Most, not to say all, food grown in the village is unfit for human consumption. An inspection report published by Centre for Science and Environment (CSE) in November 2015 noted that most companies in Pattancheru-Bollaram were manufacturing pharmaceutical ingredients for which they did not have permission; using more water than the permitted limit and dumping more hazardous waste than allowed. Two of the units were operating without clearance from authorities.

In the case of the Ghaggar river in Punjab, all along its river course, one can witness foul smell, contamination of subsoil water, spread of water borne diseases and chances of damage of crop due to the presence of industrial chemical waste due to industrial waste from the industries in Punjab and Himachal Pradesh.

Media reports report similar occurrences around the Bhiwadi belt, where pharmaceutical companies discharge untreated effluents into drainages which then seep into the groundwater, making way into drinking water supply and agricultural land, resulting in environmental and health risks of unimaginable proportions. It is pertinent to note that New Delhi metallo-beta-lactamase superbug (NDM-1), a bacteria, first found in New Delhi’s public water supply in 2008, is resistant to almost all known antibiotics and has spread to over 70 countries in the world.

There exist several challenges such as lack of pro-active action by the central and state water pollution boards, paucity of trained manpower and resources in investigating those who flout environmental regulations and presenting new local data to policymakers through research, to initiate action. However, in order to address this serious issue in India, it is imperative that key stakeholders come together to discuss, mediate and explore the best solutions to mitigate the problem. The government is by far the key stakeholder in the issue and it alone has the mandate to develop the required policies and regulations. It can set up a task force or an expert group to engage with multilateral organisations, NGOs, civil society partners, pharmacists associations, pharma industry boards, public health organisations and legal activists/groups for mooting the way forward. Most recently, a very significant development took place when prime minister Modi spoke about AMR and related concerns in his monthly radio talk, “Mann Ki Baat” on August 31, 2016. This is a very positive development and shows the government’s recognition of the issue and the resolve to take necessary steps to control it.