Without measuring employment correctly, it will be near impossible to monitor and manage it 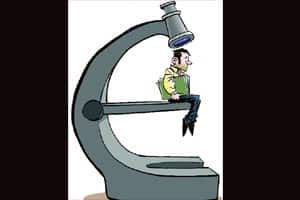 It’s one of those questions everyone asks but no one wants to answer: What’s the unemployment rate in India?

Burgeoning unemployment is flagged as a menace but any attempt to ascertain its proportion is promptly parried on the ground that employment data isn’t meaningfully captured in India.

We hear the government is planning collection and dissemination of comprehensive employment data. It is imperative that the process be accelerated.

Employment statistics are a key input in designing macroeconomic policies. In a country like India, which adds a million people to its workforce every month and urgently needs to create jobs for them, reliable and timely evidence on jobs can help decision-making in a big way.

Yet the statistical system in the country today reveals a gaping hole. Employment statistics are produced by three bodies:

The reliability and timeliness of the data leaves much to be desired. Indeed, results of analyses based on these are often conflicting and confusing. For example, in July 2014, the Labour Bureau released the provisional results from its Sixth Economic Census. This data pointed towards an increase in job creation rate in India in the last 5-6 years—a finding not supported by the NSSO data. True, the timeframes and coverage of the two data bases aren’t strictly comparable, but to send out contradictory messages?

The Economic Census defines establishments as those engaged in economic activities in both organised and unorganised sectors. However, it still leaves out some parts of the economy. For instance, employment in crop plantation, public administration, defence, compulsory social security is out of coverage. It also excludes services by drivers, cleaners and other household support staff, these not being ‘an establishment’ in nature. For the same reason, jobs under the National Rural Employment Guarantee Scheme, too, might not be included. Given these exclusions, total employment under the census data is lower than that under the NSSO.

Despite that, the two datasets can be compared to glean trend growth in employment. An article, ‘Comparing Census and NSS Data on Employment and Unemployment’ by Kannan Kasturi in Economic & Political Weekly (2015), brings out the following similarities between the two datasets: the two exercises (1) use the same reference period of one year for employment data, (2) have similar criteria for identifying workers, and (3) largely agree on the set of production related activity that can be accepted as economic activity.

The contrast in employment growth rates at the state level is striking. In Maharashtra, non-agriculture employment growth as per NSSO was 2.8% per year, but grew at a faster rate of 4% per year as per the census data. Uttar Pradesh is a peculiar case where employment in establishments (census data) grew the fastest at 7.3% per year, but non-agri employment under NSSO grew only 3.8% per year. This suggests that in these two states employment growth in the rest of the excluded sectors, especially public administration and compulsory social security staff, might have fallen significantly. In contrast, in Madhya Pradesh, non-agri employment growth as per NSSO (4.2% per year) was nearly double that of the census suggested growth rate. So, among the major states, while census data suggests that employment rose at the fastest pace in Uttar Pradesh, Gujarat and Rajasthan, NSSO data suggests it was Bihar, West Bengal and Punjab that took the top three slots.

At the same time, the sample of quarterly employment data released by Labour Bureau is too thin to draw any meaningful conclusion from. The latest round, released in April 2015 for the period October 2014 to December 2014, covers only 2,077 sample units across eight sectors—textiles, leather, metals, automobiles, gems and jewellery, transport, IT/BPO and handloom/powerloom. The dataset leaves out several labour intensive sectors such as food processing, personal services, trade, hotels/restaurants—most of which are likely to have seen significant employment gains in recent years.

Such confusing employment data can hobble policymaking. The Make in India programme, for one, focuses on states to generate employment by setting up manufacturing and investment zones. State-wise analysis of demographics suggests the government’s grit for rapid employment creation will be tested in states like Uttar Pradesh, Bihar, Madhya Pradesh and Rajasthan, which will account for more than 50% of the increase in working age population between 2011 and 2021. These four states—the poorest in terms of per capita income—will add nearly 54 million to India’s working age. While the four affluent states—Maharashtra, Gujarat, Punjab and Haryana—will add only 22 million.  Reliable monitoring of employment situation is, therefore, critical for assessing the success of this policy.

The government needs to focus on improving the measurement of employment and wages even as it works towards improving the ease of doing business and enhancing India’s manufacturing and employment capability. Peter Drucker had rightly said, “If you can’t measure it, you can’t manage it.” Without measuring employment correctly, it will be near impossible to monitor and manage employment. Data on the number of people employed by key sectors, age groups and wages at an annual and quarterly frequency will help take appropriate policy action. It is of little policy relevance if the numbers came in at an interval of five years.