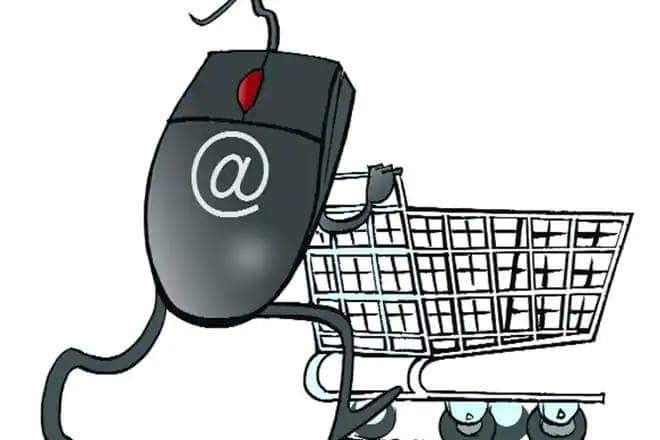 Joseph Schumpeter had once observed that “the capitalists’ achievement does not consist in providing silk stockings for queens but in bringing them within reach of factory girls.” Inequality, however vulgar it is, ought not to be held up as the reason to preclude interventions that allow an improvement at the lower end of the income distribution. The litmus test for new policy in India, including for e-commerce, ought to be whether it helps the economy to grow and create jobs, especially when evidence is showing a decoupling of job growth from GDP growth. The fact is that with more and more young people entering the labour market, and with India looking more and more labour abundant than ever in its history, it is important we do not repeat mistakes of the past. Placing limits on competition for e-commerce platforms, as the new e-commerce policy attempts to, might actually be counterproductive. The Indian experience with licensing still haunts those who lived through the dirigiste period of the 1980s and earlier. Put in place to limit concentration of economic power in the hands of a few, licensing actually produced outcomes the policy intended to prevent in the first place.

Also Read
Why management is both art and science
A green-energy boost
Focus on clean coal for now, not zero coal
Understanding the four Vs of operations management – volume, variety, variation and visibility

India’s retail sector is growing at unprecedented rates, and as is often the case, growth brings about structural changes. Retail in India is becoming more organised. It is adopting modern technology thus spawning new platforms, both multi-format stores in malls and internet driven e-commerce. There is evidence that e-commerce is growing rapidly in tier-2 and tier-3 towns and in areas where the demand for variety is not being met by the brick-and-mortar outlets. It is a fallacy to assume that e-commerce is catering only for the rich—in fact, on the contrary, it is making inroads into relatively less well-off households, , and one can only imagine the impacts it will have when internet in rural areas improves with the completion of the much-delayed Bharatnet project. Already, there are over half a billion internet users and the average Indian phone user now consumes more mobile data than most Europeans. On the demand side, the rise in e-commerce across urban and rural households alike can be attributed to sharp shifts in consumer preferences for convenience, variety and brands. Millions of Indian consumers are buying products on the internet. E-commerce platforms such as Flipkart and Amazon attract customers using their deep discount models. More recently, prices were brought down by moderating delivery charges and offering cashbacks through integrated payment portals. Other spillovers that a strong e-commerce sector promises are improved logistics, reduced prices and above all, jobs that a labour abundant country like India so desperately needs.

This process needs to be helped along. Increase in e-commerce is likely to have disproportionate impacts on GDP because of the reasons mentioned above. While robust evidence exists for other countries, for India, it is yet anecdotal and needs to be spelled out. Sooner rather than later, it will emerge and, hopefully, corroborate the global evidence. Meanwhile, policymakers in India are being cautious for multiple reasons.

One, the sector is politically sensitive, and there is a mindset that India is not ready to compete globally on e-commerce, and therefore runs the risk of being dominated by foreign e-commerce firms. As an aside, if one studies the history of foreign direct investment (FDI) in China, it emerges that it had a relatively smooth ride because there was no strong domestic industry that pushed back (Tarun Khanna, 2008). We, however, feel that Indian e-commerce doesn’t need protection to thrive—it underestimates its own ability to compete. India is an acknowledged powerhouse in IT services and knowledge of the Indian market is an unequivocal advantage for operating here. What is hard for both Indian and ‘foreign’ firms is policy uncertainty. We should make it clear once and for all what model of e-commerce-inventory or market place we will allow in the country. DIPP’s Press Note 2 of December 2018 clarified regulations governing the e-commerce sector, including control over inventory, the relationship between a marketplace and its sellers and additional compliance requirements for e-commerce platforms with foreign investments. The fear of “capital dumping” in the inventory-based model thus discouraging Indian start-ups due to their ability to offer deep discounts doesn’t stand up to deeper scrutiny. The evidence weighs heavily in favour of companies creating complex arrangements to circumvent these. More importantly, the optimal regulatory response would be to invoke competition law to address this, and simultaneously create a financing ecosystem to encourage start-ups. Discouraging the inventory-based model is a sub-optimal policy response if the intent is really to promote domestic start-ups.

Recently, India decided to opt out of the World Trade Organisation’s (WTO) e-commerce discussions—the primary concern being unfair market access to foreign players. This is the first time India has formally opposed any negotiations on e-commerce at the WTO. E-Commerce entered the WTO in 1998, when member countries agreed not to impose custom duty on electronic trade, and the moratorium on free trade was to be reviewed periodically. There are several reasons that explain India’s resistance to entering a dialogue on e-commerce, including the fact that domestic manufacturing is still reeling under the effect of India’s decision to ‘over-commit’ under WTO’s Information Technology Agreement of 2000. Moreover, the dynamism of e-commerce makes conservatism a safe regulatory response. The scope of negotiations on e-commerce have widened since then to include other issues of digital trade, such as cross-border data flows, server localisation, intellectual property rights, etc.

Data and its newly discovered utility is the second, and perhaps more compelling, reason for the reluctance to politically commit to a liberal model. To our mind, whatever the reasons, it is not justified to abandon dialogue on a sector that will be hard to contain within domestic boundaries. After all, Flipkart and Paytm, to name two erstwhile start-ups, began as domestic players, and have grown enormously due to fund infusion from abroad. There is no doubt that the views central in the draft Personal Data Protection Bill (2018) and the draft E-Commerce Policy (2019) that emphasise the sovereign claim on data management and ownership need intense debate, but not solely from the lens of encouraging domestic industry. The Indian consumer has been subject to much monopoly abuse during the days of the ‘license raj’, contending that reposing her data and trust in an Indian company is better seems a disingenuous argument to make.

But data and cross-border data flows must be discussed for their own sake. What are the implications of the data regime on India’s competiveness for IT outsourcing? What is the regulatory burden on SMEs that we wish to promote as the backbone of our structural transformation? Forcing data centres and server farms to be located in India without adequate access to power and water may just turn them away instead. Building a strong local industrial base is an absolute necessity but it is irrelevant as to who builds it. Data rules should be equally applicable.
The draft e-commerce policy inspires comparisons with the discredited protectionist model of yore. As mentioned above, growth of e-commerce is important not only for itself but more so for the spillovers on the rest of the economy. In a fascinating new book, Radical Markets by Posner and Weyl, the new protectionism visible in the world today is rooted in what they call ‘stagnaequality’ lower growth combined with inequality being experienced globally. India, on the other hand, and by its own admission, is the fastest-growing market in the world, albeit with rising inequality. If the intent is to provide silk stockings to factory girls, limiting competition to powerful domestic industry is exactly the opposite of what should be done. It is a lesson we learnt the hard way.