Given how a large part of India’s emission-reduction commitments at Paris—2030 emission-intensity is to be cut by a third of 2005 levels—are based on what the Railways is going to be able to achieve, it is critical that all arms of the government come together to help it succeed. 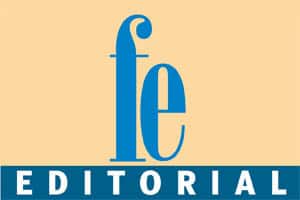 Given how a large part of India’s emission-reduction commitments at Paris—2030 emission-intensity is to be cut by a third of 2005 levels—are based on what the Railways is going to be able to achieve, it is critical that all arms of the government come together to help it succeed. This includes, as India’s Paris commitments say, raising the Railways share of domestic traffic from 36% right now to 45% by 2030. This, in turn, requires all six dedicated freight corridors to be in place since, according to a UNEP–IIM-Ahmedabad study, the six freight corridors will lower India’s cumulative railway emissions from 1.26 billion tonnes between 2016-2046 to 0.29 billion tonnes, and to 0.09 billion in a low-carbon scenario. How quickly Railways is able to switch from diesel to electricity—38% of network is electrified right now—will also decide the pace of reduction.

A study by Climate Policy Initiative (CPI) and Icrier points to Railways demand for power tripling by 2030—Railways accounts for 2% of electricity and 3.2% of transport sector diesel consumption in the country right now—so how much the carbon footprint reduces depends upon the fuel mix since carbon reduction requires more solar and wind power. According to this study, which looked at various carbon scenarios, the average yearly cash out-flows are 17-32% cheaper than a business as usual scenario in the passenger/freight segment—for the railway stations or non-traction business, the outflows are 40-61% cheaper. This is where power minister Piyush Goyal comes in. While Railways estimates it can save at least R5,000 crore a year—that’s 3% of FY17 expenditure—if it buys cheaper power from private producers instead of state electricity boards (SEBs), few states are giving Railways the necessary permission required to wheel the private power into the grid. Similarly, while Railways has ambitious plans to produce solar/wind energy, unless states absorb this power when Railways doesn’t need it and supply it when/where it does, the plan comes to naught—according to CPI/Icrier, few states are ready with this.

Railways producing this power on its own, of course, will lower costs even more than if it purchases from the private sector, and this is where the finance ministry and PSU insurance companies like LIC come in. All the calculations on costs/savings done by CPI/Icrier are based on the cost of debt for either Railways or private power producers—that’s 8.28% and 12.76%, respectively. But the costs will come down dramatically if, for instance, the same solar power is financed by LIC—Railways have signed an MoU with LIC to borrow R1.5 lakh crore—or through multilateral loans sourced via the finance ministry. Solar power based on a commercial loan at a 13% rate of interest would cost R5.19 per unit. This would reduce to R4.65 based on Railways average debt cost, to 4.14% based on the rates LIC would charge and a mere Rs 3.71 if a Japan International Cooperative Agency loan was taken and hedged for currency risk. If ever there was a need for major arms of the government to come together and work on mission mode, energising Railways is probably it.