Though economics of women talent is an established fact, numbers at the top are not changing. In India, women make up 42% of new graduates, but only 24% of entry-level professionals. 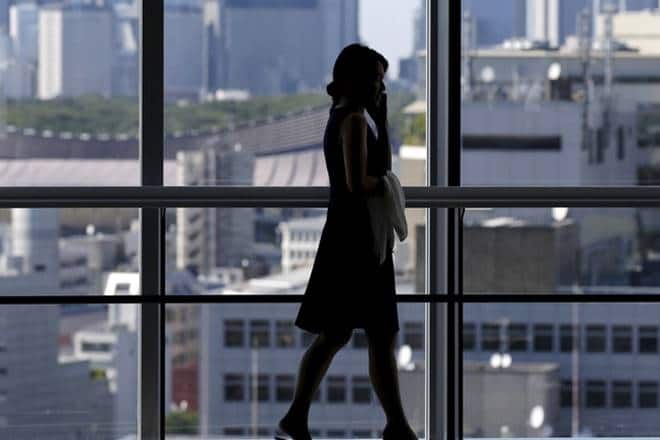 Many leaders, while professing equal opportunity for all, still exhibit clear biases and preferences for having men in critical roles, with the belief that women cannot handle the same pressure. (Reuters)

Though economics of women talent is an established fact, numbers at the top are not changing. In India, women make up 42% of new graduates, but only 24% of entry-level professionals. Of these, about 19% reach senior-level management roles. Women hold only 7.7% of board seats and just 2.7% of board chairs.

Women leaders are missing across sectors. To gain momentum and drive change, women need to “lean-in” and they are doing so—at least more than before. But the work-life environment for women has not changed sufficiently for them to overcome the hurdles to join, stay and rise to leadership roles.

Hiring, retention and growth of women—all are a big challenge. Let’s take hiring. When 42% of new graduates are women, why are only 24% of entry-level jobs held by them? Either women are being pressurised to opt out of the workforce or they are simply not being hired. Why is that so and what are companies doing about it? In order to capitalise on the women talent, we need two things:

We need more CEOs to walk the talk! Just having gender equitable policies will not impact gender parity. Many leaders, while professing equal opportunity for all, still exhibit clear biases and preferences for having men in critical roles, with the belief that women cannot handle the same pressure. In their effort to be considerate and protective of women, they do disservice to gender parity. In these instances, all diversity policies and practices of the company will be a waste of time and effort for HR.

But there are leaders who make visible efforts, who set aspirational goals for the percentage of women in leadership roles, ask for diverse shortlist of candidates for senior positions, spend money on unconscious bias training, initiate mentoring programmes, call for internal reviews of all staff related policies—all with the intention of strengthening the pipeline of women leaders.

These help, but don’t always get the expected results because of the “second generation bias”. The second generation bias is less overt discrimination, harder to deal with and much more prevalent. The subtle messages that associate certain key roles with men, leadership competencies with “masculine traits”, job descriptions and growth paths designed for men, often drain motivation of women to aspire for leadership roles. So the leadership commitment has to go beyond setting visible targets and policy changes to having a clear purpose to build a culture that is as inclusive for women as it is for men.

“Diversity and inclusion should not only be a phrase on a piece of paper, it’s a mindset and should be lived actively every day,” said Claudia Marshall, Ikea distribution area manager, Northern Europe.

In 2015, Ikea Switzerland became the first company in the world to reach the highest level of gender equality certification from EDGE (Economic Dividends for Gender Equality) and Ikea globally has 48% female managers. Ikea’s gender-related philosophy is all pervasive in their business. It extends beyond their organisational wall to their vendors, suppliers and customers. There is no substitute for visible top management commitment to gender equity. But there are specific actions that are complementary to the leadership commitment.

Review job profile: Words matter. A study in the Journal of Personality and Social Psychology in 2011 compared over 4,000 job ads and found that masculine wording in job advertisements like “ambitious”, “dominant”, and “competitive” can be off-putting for women. Companies need to re-examine job posting vocabulary and make the language more growth-oriented. It’s not black and white, about having a skill or not, it’s about the willingness & ability to learn a new skill.

Diversify interview panel: Organisations have used hiring targets to ensure equitable hiring across gender. But an all-male interview panel is a reflection of the bias that impacts women. Some firms have made it mandatory to include women in interview panels and training is offered to managers, both men and women, to recognise their unconscious bias during hiring interviews.

Offer incentives: VMware offers its employees 150% referral bonus for every successful female candidate. Such steps encourage employees to refer more women candidates, and demonstrate the value women candidates have for the company. Intel pledged $ 300 million to build a more diverse workforce and vowed to tie executive compensation to promoting diversity.

Set performance indicators: Specific gender equality KPIs can be assigned to the managers, relating to increasing gender diversity on recruitment shortlists, on project teams, in promotions etc. “Make sure partner evaluations include promoting women as an objective. It’s just as important for partners to be evaluated on building their people as it is for them to be evaluated on building the business—so make sure you measure it,” said a senior female partner at Taj.

Train the next generation: An alternative approach is partner with colleges to groom women talent as pipeline for new hires. In 2014, Microsoft India launched Women in Tech, an initiative to train and mentor 1 million girls in a year, enable the next generation girls to find suitable careers in IT and accelerate their growth. UNDP with support from Ikea Foundation launched Disha—an initiative to make a million educated but underprivileged college girls employable. Companies can partner with such programmes and gain access to a large pool of women talent.

Leverage social media: Lastly, social media could be used to highlight company’s women-friendly work culture. Women staff should be encouraged to use this platform to share their positive experiences in order to attract more talented women.

Equitable hiring is fundamental to bringing men and women to the same footing. Only then shall a discussion about retention and growth of women at workplace matter.