India need a medical commission at central and state levels; Here’s why 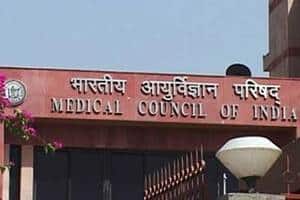 The National Medical Commission Bill, 2016 put out in the public domain for comments is one of the bold expressions of the central government to own up and assert its democratic responsibility for the health of citizens, and the regulatory responsibility that comes with it in the context of our free market economy. (Source: PTI)

To be, or not to be: that is the question’ Central government policymakers have asked themselves regarding the responsibility and regulation of health care in the country, given that health is legally a state subject.

This persistent ambivalence in centre-state relations is one of the biggest challenges and probably the principal factor for the lack of accountability, efficiency and equity in the Indian health care system. Who is responsible for the health of citizens and who should, therefore, regulate health care, are not easy questions in our country and need to be part of the broader public debate.

This is part of our transition process to a free market society, but the sooner we address questions like these, the better it is for the health and wealth of the nation. We are already the world’s largest contributor to all levels of premature deaths, not to talk of the losses that the burden of disease and disability imposes on the economy at large, on both poor and middle-class households in particular.

The National Medical Commission Bill, 2016 put out in the public domain for comments is one of the bold expressions of the central government to own up and assert its democratic responsibility for the health of citizens, and the regulatory responsibility that comes with it in the context of our free market economy.

Doctors are drivers of health care systems and custodians of patients’ trust. If the state of our health care system, health outcomes and patients’ trust can be taken as indicators, the central government has done well to go after the Medical Council of India (MCI) and reassert its authority in the regulatory space as far as medical education, services and ethics are concerned. Given severe shortage of doctors in the country in the context of rising demand for health services, doctors should focus, as many of them do, on compensating for this shortfall—which, some argue, is of MCI’s making—than engage in the regulation and politics of medical education and services.

However, the issue of centre-state relations remains and clarity in this regard would determine the degree to which this regulatory transition could potentially yield the desired results.

To begin with, the centre should be the leading player in the country’s health sector—in terms of national vision and policies, financing and regulation—and, as such, establish the National Medical Commission (NMC). State/UT governments should not merely be engaged in this setup, but also have their own state-level commissions (SMCs) and affiliates that operate within the broad ambit of the national commission.

The NMC and affiliate bodies should be multi-stakeholder and multi-disciplinary entities which should develop, coordinate and monitor the implementation of a broad-based framework of norms and guidelines in the context of evolving health needs of the country. The SMCs, on the other side, should be concerned with official licensing of medical education and providers, registry as well as issues of service delivery and medical ethics from the perspective of patients, to whom they should be ultimately answerable.

Secondly, to ensure ‘adequate supply of high quality medical professionals’, as stated in the Bill, in rural or underserved areas, both central and state governments should reserve their institutional subsidies and individual scholarships for those who are ready to serve in such areas for a specified period of time under a legal contract.

Public financing of medical education—not medical services though—should be strictly reserved for publicly provisioned health care services. This is especially critical given rising burden of chronic diseases, for the prevention, early detection and treatment of which a robust system of primary health services is critical. India’s private health care providers have, by far, not ventured here—as such, the onus of such provision lies squarely on governments. Even those who study in private medical colleges could be incentivised to serve in such areas with public scholarships or public repayment of educational bank loans.

Thirdly, as a continuation of the above, the education of family physicians/general practitioners as well as those who specialise in the priority disease areas should be incentivised through various financial instruments. The regulators of medical education and services have to think in the context of a free market economy, and an effective system of incentives and disincentives should, therefore, be central to their plans. A similar set of signals should be developed for private institutions who go in this direction. Such signals, again, could be the primary responsibility of the central government, and it can help states in developing a set of local incentives to attract the best talent. Doctors should be free to register or serve wherever they want in the country—or outside of it. However, freedom comes with a price, and in such cases, they should squarely pay the price of their education.

The author leads the Health Policy Initiative at ICRIER, New Delhi.Views are personal