India must act soon on plastics 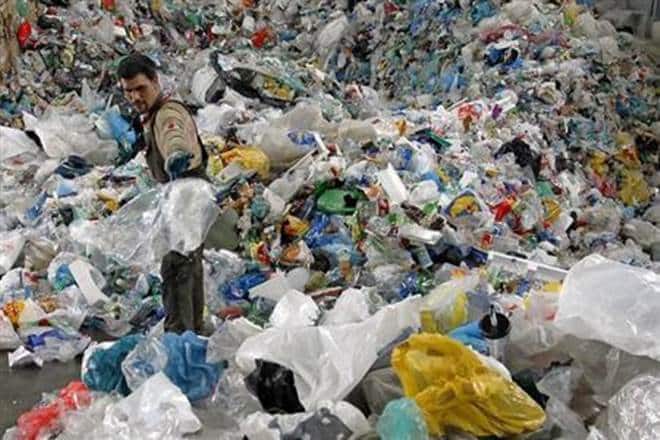 India must act soon on plastics

Asia consumes 50% of global plastic packaging, which could quadruple by 2050. Food, beverage and healthcare represent 75% of plastic packaging use. New consumption patterns, including Asia’s rising appetite for e-commerce and food delivery (+84% y-o-y) add to demand for plastic packaging.

Tackling plastic packaging will see re-tooling of the supply chain, with associated cost and capex. We examined disclosure from 41 companies in Asia exposed to plastic packaging—packagers/ petrochem (12), FMCG/Retail (22) and pharma/electronics (7). We see higher risk for “coloured flexibles”, e.g., and snack packets, over “rigids”, e.g., shampoos and beverage bottles.

Plastic represents 37% of packaging in Asia, worth $150 billion. Plastic consumes 6% of global oil and at current growth rates could account for 20% of oil consumption by 2050. Now, there are obvious benefits of using plastic: durability, safety, hygiene, and lightweight. However, 95% is designed for short-term (single) use and could take more than 500 years to biodegrade.

Since the early 1950s, more than 8.3 billion tonnes of plastic has been produced globally but only 9% of plastic waste ever produced has been recycled, 12% incinerated and 79% ended up in landfills, dumps or the natural environment.

Majority of the plastic waste in Asia is “mismanaged”. Low economic value contributes to the circa 45% of Asia’s plastic waste which is mismanaged (i.e., dumped). Recycling rates are disclosed by some markets—Australia (14%), Japan (82%), Singapore (7%) and Taiwan (35%).

Few markets measure recycling rates
Reporting of plastic generation and recycling varies across the region. Countries that disclose clear metrics include Australia, Japan, Singapore and Taiwan.
Average waste collection rate across China, Indonesia, Philippines, Thailand and Vietnam is just over 40%. This low vale could be because of—

High rate of pigment contamination: Clear plastics have the highest value and are preferred in the recycling market. Dyed and pigmented plastics contain contaminants and are often disposed rather than recycled.

Cheaper to dump or export than to recycle: Absent subsidies from the government, it is often cheaper to export and dump plastic waste in landfill. China’s recent waste import ban may see the value of plastic scrap fall and encourage further investment in recycling initiatives.

In January 2018, China banned the import of plastic waste. Prior to the ban, China imported up to 56% of global exported plastic waste. The largest exporters of waste to China included the US, the UK, the EU and Japan. After China’s ban, we are likely to see more stringent plastic waste policies introduced across the globe and in Asia.

We have examined a subset of 41 companies in Asia with exposure to plastic packaging. There is growing acceptance of plastic reduction in these companies. Cut-back in quantity of material per package and use of recycled material demonstrate commitment to plastic waste reduction. Risks are higher for those exposed to “flexibles”.

The author is Research Analyst, Bank of America Merrill Lynch