India and the distance to SDG realisation

NFHS-5 shows how far we are, which can inform policy action to close the gap. The most shocking statistic in NFHS-5 is the rise in anaemic children (below five) from 59% to 67%, keeping us far from realising the SDG 2.2 (eliminating all forms of malnutrition) 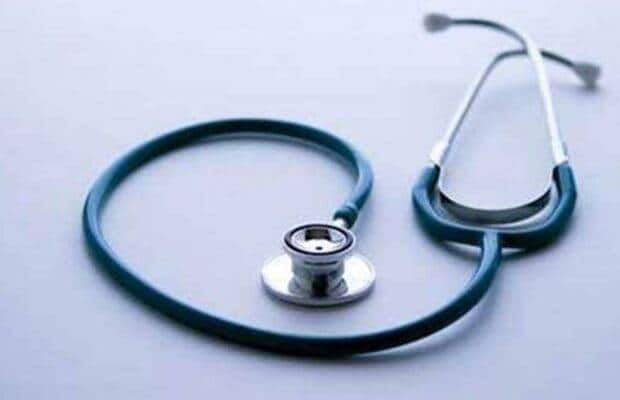 Besides the problem areas, NFHS-5 can also point towards targeted locations for intervention.

On November 24, 2021, the Union government released the fifth National Family Health Survey (2019-21). NFHS-5 is not just India’s largest health and nutrition survey, but also well-known for its remarkable quality and national as well as sub-national representation. This is why the data from NFHS is used to track India’s progress to achieve sustainable development goals (SDGs) by 2030. We summarise a handful of most important indicators from NFHS-5 and elucidate how close or far off India is, in achieving these goals.

We begin by discussing three important indicators of the household environment. Households using clean fuel have gone up from 44% in NFHS-4 (2015-16) to 59% in NFHS-5 (2019-21). Similarly, there is an increase in households using improved sanitation facilities from 49% to 70% in NFHS-5. But India is significantly lagging behind the goal of SDG 7.1.2 (universal access to clean fuel) and SGD 6 (universal sanitation). Moving to securing oneself from risk, the percentage of households with any member covered by health insurance or financial scheme has gone up from 29% to 41% in NFHS-5; still, a long way to achieve the SDG 3.8 (universal health coverage). However, the timely launch of the Pradhan Mantri Jan Arogya Yojana, a health insurance scheme to help the economically vulnerable Indians needing healthcare facilities, might help achieve SGD 3.8 by 2030.

From household, we now discuss the members of households, specifically women, and first discuss their two key social indicators: women with ten years or more of schooling (an increase from 36% to 41%) and women (currently aged 20-24) married before the legal age of 18 (a decline from 27% to 23%). However, India has miles to go before reaching the SGD 4 (ensure girls and boys complete quality primary and secondary education) and SDG 5.3 target (eliminating child marriage). The contraceptive prevalence rate (any method) for the currently married women, aged 15 to 49, has gone up from 54% to 67%, a significant increase and yet far from reaching the SDG 3.7 target, i.e. universal access to family planning by 2030. One of the worse outcomes was the four percentage point rise in the prevalence of anaemic women, i.e. 57% in NFHS-5. SDG 2.2 (elimination of all forms of malnutrition) seems like a distant goal.

Moving from women to mothers, NFHS-5 reports that the antenatal care (ANC) visits in the first trimester has gone up from 59% to 70%, having the mother-child protection (MCP) card has also risen from 89% to 96%, and four or more ANC visits are up from 51% to 58%. There is still a long road to achieving SDG 3.8 (universal health coverage), but these numbers show a rising trend. Another important indicator of maternal health is institutional delivery, which rose from 79% to 89%, almost achieving the universal target. The rural (94%) and urban (87%) percentages for institutional delivery in NFHS-5 also exhibit no disparity. An unintended consequence of the rise in institutional delivery has been the rise in caesarean delivery (from 17% to 22%). Caesarean deliveries in private institutes have gone up from 41% to 47%, defying any reasonable medical explanation and can be attributed largely to physician-induced demand, which needs to be curtailed to reduce this trend.

Coming to children, NFHS-5 informs us that the prevalence of three most important child nutrition outcomes: stunting (low height-for-age), wasting (low weight-for-height) and underweight (low weight-for-age) is still the highest in the world at 36%, 19%, and 32%, respectively. The most shocking statistic in NFHS-5 is the rise in anaemic children (below five) from 59% to 67%, keeping us far from realising the SDG 2.2 (eliminating all forms of malnutrition).

NFHS-5 data is useful to earmark the areas that are in urgent need of improvement; for instance, anaemia prevalence in the country. Evidence suggests that only 45-50% of anaemia can be addressed through iron supplementation. The remaining anaemia is caused due to malaria, sickle-cell, hookworm, and other infections, which often lie outside the purview of government interventions of making India anaemia-free. Hence, the inclusion of comprehensive strategies to combat anaemia is necessary. Similarly, another area of intervention—women’s education and marriage age—are governed by socio-cultural practices, and hence it necessitates context-specific behavioural interventions along with other financial incentives.

Besides the problem areas, NFHS-5 can also point towards targeted locations for intervention. We recall that NFHS-5 is representative at the national, rural/urban, state and district level, helping the policymakers identify precise locations of urgent intervention. For instance, the major problematic states for “the four or more ANC visits” are Nagaland, Bihar, Jharkhand and Arunachal Pradesh. Or, the unavailability of institutional births is an issue in just some districts of northeast India. The sampling design, methodology and results from NFHS-5 can make it possible for the policymakers to identify critical areas of intervention and for India to achieve the SDG targets by 2030.