With climate-change portents for agriculture in the business-as-usual mode, we must invest in innovation and policies to beat climate effects 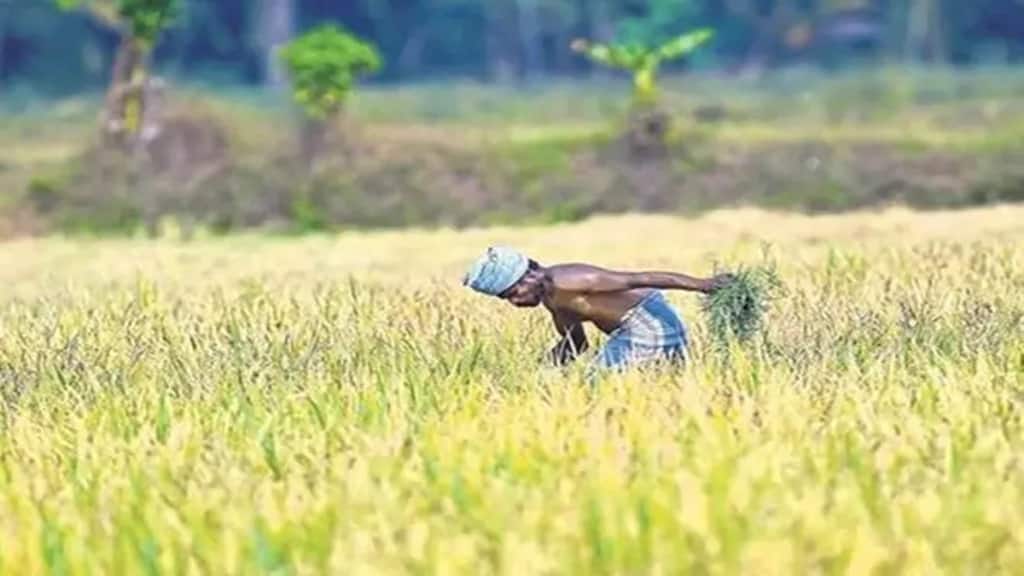 Access to food at affordable prices still remains a challenge for a substantial segment of humanity, which leads to malnutrition.

October 16 is celebrated as the World Food Day. It is actually the foundation day of the Food and Agriculture Organisation (FAO) of the United Nations that was set up in 1945. Just out of the World War II, several nations were badly bruised and devastated, and the fear of hunger was looming large. It is against this backdrop that nations in their collective wisdom thought of establishing the FAO with a global vision to ensure enough food is produced to feed increasing population. The global population at that time was a little less than 2.5 billion and increasing at an annual rate of about 1.9%per annum. Today, there are almost 8 billion people on this planet, and there is ample food to feed them, provided they have money to buy. Access to food at affordable prices still remains a challenge for a substantial segment of humanity, which leads to malnutrition.

Nevertheless, it is time to rejoice that Homo sapiens, who learned practising agriculture only 10,000-12,000 years ago in their long journey of 200,000-300,000 years, have been able to produce so much food that the entire population can be fed. But how this became possible is a story of science and innovation in the agri-food space. Countries that are guided by scientific knowledge and spirit of innovation, instead of ideologies and dogmas, have produced ample food even in deserts (viz. Israel). And many countries have suffered terrible outcomes when they are driven by ideologies. China is a case in point; during 1958-61, more than 30 million people died of starvation during the ‘Great Leap Forward’ orchestrated by chairman Mao Zedong of Chinese Communist Party, who wanted to transform China from being an agrarian society to becoming a commune-based system under the communist ideology. It failed miserably, causing extreme hardships to millions of people. Finally, it was Deng Xiaoping in 1978 who ushered in reforms in Chinese agriculture, dismantling the commune system.

India, the second-most populous country on this planet, also suffered by placing heavy industry-led development strategy as a means to wipe out poverty and become an advanced nation under Jawaharlal Nehru’s leadership in 1956. The two successive droughts in the mid-1960s brought India literally on its knees for meeting the basic food requirement of its people. India was forced to rely on PL 480 food aid from the US, living from ‘ship to mouth’. Although it did not have starvation deaths at a scale anywhere near China’s, India soon realised that such high dependence on others for food could lead to political compromises.

Technological breakthrough in high yielding varieties (HYV) of wheat, made by Normal Borlaug and his team in CIMMYT, and by Henry Beachell and Gurdev Khush in rice at the IRRI, ensured that humanity can have plenty of basic staples that this planet can produce. As is well known, Borlaug received the Nobel Prize for peace in 1970, as there is no Nobel Prize for agriculture, for saving millions of lives through his scientific research. He, in turn, envisioned setting up the World Food Prize, some what equivalent to the Nobel Prize for agriculture. It was established in 1986, and was sponsored by General Foods and the John Ruan family, and many others. The World Food Prize is given every year on October 16 in a special ceremony in Des Moines, Iowa the US. I have participated in these events, and I can safely say that the nearly-week-long programme to showcase advances in agriculture science, policies and programmes is an eye-opener, and perhaps the best in the world. Many Indians, from MS Swaminathan to Verghese Kurien, Gurdev Khush to Rattan Lal have been recipients of the World Food Prize for their valuable contributions in improving food production. However, lately, the focus has been shifting from just augmenting food production to nutrition and climate resilience. This year’s award goes to Cynthia Rosenzweig for her pioneering work in modelling the impact of climate change on food production. Nothing can be better timed than developing tools to understand the impact of climate change when climate shocks are already knocking on our doors, with higher frequency and intensity of heat waves, droughts and untimely floods, putting millions at risk of food security.

Interestingly, while agriculture gets severely impacted by climate change, it also is the cause behind 28% of the global green house gas (GHG) emissions, contributing to global warming. So, it is time to invest not only in climate adaptation strategies but also re-work our policies that can mitigate GHG emissions within agriculture. Net zero is an ambitious resolve, though a bit late. Yet, if sincerely implemented, it can serve humanity well and this planet can still feed more than 10 billion people.

But changing the behaviour of people can not be achieved with a business as usual approach, even when you develop new technologies. One has to work on policies that incentivise people to change the way of doing things, be it agriculture or non-agriculture operations. Policies are lagging behind, while technologies are sprinting ahead. It is high time for India to wake up, and double or even triple its expenditure on agri-research, development and education. Currently, it hovers around 0.6% of agri-GDP for both the Centre and the states combined; this needs to be a minimum of 1%, but desirably anywhere between 1.5-2%, of agri-GDP. Only then India can be atmanirbhar in food even in the face of adverse climate change.

This World Food Day, let us commit to give our best to this planet as well as people’s basic need of food. At ICRIER, we are bringing out our October issue Af-TAB on Synergising food and nutritional security with environment. Stay tuned!

The author is Distinguished professor, ICRIER
Views are personal

More Stories on
Research and Development