In ‘soft power’, China cuts no ice with India, but are such investments elsewhere paying dividends?

In ‘soft-power’ stakes, famously defined by American scholar Joseph Nye (who coined the word) as “the ability to get what one wants by attraction and persuasion rather than coercion or payment,” China has not cut ice with India or where Indians are concerned. 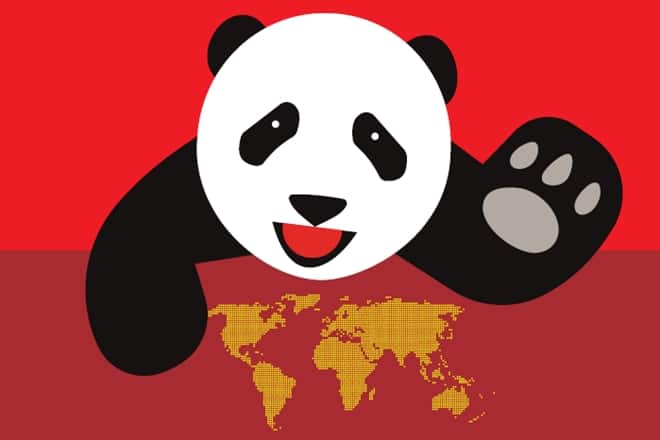 While China has yet to “ni hao” (lit. hello) neighbour India, it is reaching out to the world. But are China’s scripted efforts to “ni hao” the rest of the world really working?

In ‘soft-power’ stakes, famously defined by American scholar Joseph Nye (who coined the word) as “the ability to get what one wants by attraction and persuasion rather than coercion or payment,” China has not cut ice with India or where Indians are concerned. Elsewhere, China has been spending billions—between $7-10 billion a year—on “overseas publicity work” refurbishing and embellishing its overall image. While China has yet to “ni hao” (lit. hello) neighbour India, it is reaching out to the world. But are China’s scripted efforts to “ni hao” the rest of the world really working?

China’s billions are pumped into a ‘soft power’ or “external propaganda” drive with various components such as cultural exports and ‘soft’ economic loans and aid. The instruments range from unlikely emissaries such as the cuddly panda, hand-picked from the forested environs of Sichuan to extravaganzas, such as oversize hoardings at the Times Square, New York extolling the finesse of Chinese art to 500-odd Confucius Institutes teaching the world to “ni hao” to trains, ports and football stadiums at various African and Latin American destinations.

In India, it is an open secret that China carries a largely negative public image, the dangers of “yellow peril” honed in more ways than one by Bollywood (eg Haqueeqat, 1964; Hamsaya, 1968; and perhaps, the embrace of Danny Dengzopa as a villain par excellence in the 1970s and 1980s). Of course, India does the contrary too, where voices such as filmmaker Rafeeq Ellias’s documentary, “Beyond Barbed Wires” (2015) on the internment of the Chinese at Deoli, Rajasthan (in the 1960s) has found an audience, and where a Chinese-Indian lawyer Lawrence Liang is as Indian as you and me, right down to the Indian accent.

Also Read
Why management is both art and science
A green-energy boost
Focus on clean coal for now, not zero coal
Good, but not enough

But think about it: there are no cuddly pandas munching bamboo in the Delhi or Hyderabad zoo. China hasn’t bothered to activate its famous “panda diplomacy” (China’s pandas made it to the US in 1972, on the heels of President Richard Nixon’s visit). China’s cultural exports are yet to reach India—be it Sichuan’s face-changing opera, Beijing’s crosstalk or the amazing popular musical, “Liu Sanjie” staged on the Li River (directed by Zhang Yimou).

It has not helped that Chinese diplomacy in India is dogged by a “schizophrenic quality” as American academic David Shambaugh noted (in another context) where it wants to engage with India economically, invest in the infrastructure and manufacturing boom but expects India to tow the Beijing-line, when and where it suits Beijing: eg the fuss over the Dalai Lama’s scheduled trip to Tawang in Arunachal Pradesh.

China may not be charming us, but what about the rest of the world? American journalist Joshua Kurlantzick (2007) chronicled that in the 2000s, Chinese ‘soft power’ was making inroads: from the sleepy casino town Mong La (Myanmar) to Phnom Penh’s riverfront (never mind the painful realities of Tuol Sleng where heaped skulls stand as stark reminders of the atrocities of a China-backed Pol Pot and Khmer Rouge in Cambodia) China had a strong presence.

It seems, China had switched on a “charm offensive” also known as “smile diplomacy”, where it was trying to be “nearly everyone’s friend” (presumably all, except for Taiwan, Japan and the Dalai Lama).

This was not Chinese luck, by chance. China took conscious steps to whittle down long standing border disputes, sign bilateral cooperation projects and became a dialogue partner of ASEAN (in 1996). Today, CAFTA (ASEAN-China Free Trade Area, 2010) is the world’s third largest trade zone after the North American FTA and European Union. Many Laotians, Cambodians and even Russian Far Easterners began to get enthralled by the “China dream,” as Kurlantzick noted. Indeed, in the 2000s, when this author was at a University in China, thousands of Koreans and Japanese students were already making a beeline for China.

Perhaps the mid-2000s were the golden years, as China was assiduously carving out its share of the economic pie whilst showcasing the benign face of China’s “peaceful rise”. China successfully staged the Olympics (in 2008) and the Shanghai Expo (in 2010), showcasing its coming-of-age.

In tandem, China’s Communist Party threw its weight behind the sprucing up of media. Xinhua started an English news channel (China Network Corporation or CNC World, in 2010) targeting audiences in Europe, North Africa and the Middle East. Good old CCTV went global too, with CCTV International (CCTV-9, in 2011) broadcasting in six languages. Chinese broadcasters began to sport American or British accents. China Daily cleaned up its staid image and re-launched in 2010. Lately, Hong Kong’s well-known South China Morning Post joined the league of being on the right side of the Communist Party.

China cast a wide net with increased engagement not only in the Asian neighbourhood but also with Latin America and Africa, joining American led Organization of American States (OAS, permanent observer 2004) and backing the African Union. Many African nations switched recognition to China (instead of Taiwan), so much so, that recently Taiwan successfully sued Guinea-Bissau (Central African Republic) and the Democratic Republic of Congo for $212 million in unpaid loans, as a warning to those who switch sides. Taiwan is recognized by 22 countries; 12 of them are in Latin America and the Caribbean.

Over the years, China is out there in Latin America and Africa, with the promise of greater connectivity by road, rail and sea—three ports in Djibouti, a rail line linking Djibouti to Addis Ababa (Ethiopia) to football stadiums in Angola and Gabon, in a practiced Chinese charm described as “stadium diplomacy”. China is constructing football stadiums in Cameroon, which will be hosting the African Cup of Nations in 2019.

These “win-win” goodwill gestures rest on the back of Beijing’s commendable long-term strategic vision, cheque-book and undeterred commitment, buoyed by the presence of a strong diaspora. Many of the tycoons in Asia are ethnic Chinese—eg Hong Kong’s Li Ka-Shing, Malaysia’s Robert Kuok, Thailand’s Chearavonont family (CP or Charoen Pokphand conglomerate) and the Shinawatra family.

However, the Pew Research Centre Survey (The Economist, March 2017) noted that less than 20% of the people in Japan have a favourable view of China. In France, US and India, less than 40% have a favourable view of China. Pew Research Centre (2013) and Latin American Public Opinion Project (LAPOP, 2014) found that in Latin America, positive attitudes about China as a role-model are declining. In Asia, but for ally North Korea, “all-weather friend” Pakistan and Cambodia—many countries from Japan to Myanmar to Philippines to Singapore have reservations about China.

Many read China’s actions as contrary to the spirit of “peaceful rise”. In the South China Sea, the buffering up of reefs with airports and land reclamation efforts has created visible heartburn cutting across ideologies and national temperaments.

Many historians suggest that China may lack the “mentality” to be a superpower. Chinese scholar Wu Xinbo says China is largely a “traditional regional power rather than a global power” and thus “lacks real global thinking in its foreign policy and worldwide diplomatic activism”.

As the second largest economy, more people are looking eagerly at China, but is China embracing its status with commensurate global responsibility? American scholar David Shambaugh suggests that China plays a “transactional” style of diplomacy, carefully weighing national costs and benefits, rather than contributing to global collective “public goods”—China punches way below its weight. For example, it is only the seventh largest contributor to the UN operating budget, falling short of its current economic status and share of global responsibility.

Joseph Nye had noted that the “best propaganda is no propaganda”. While China spends billions, America spends millions, and yet, more people in the world, including us in India, are thinking and dreaming America. India is no match for China in ‘hard power’, but where India’s ‘soft power’ is concerned—be it yoga, or the Khans of Bollywood or its business innovators, India just could be racing past its neighbour.

‘Soft power’ is not something that flows from the barrel of the government but disseminated and spread as organically as the love for the American peanut butter and jelly sandwich. In that sense, China’s government backed efforts have found ‘limited’ success. Thus, China’s ‘soft power’ drive finds itself in an unenviable quandary—low bang for the buck.