The lockdown is an opportunity to mainstream sustainability in economic policy as it has made citizens amenable to decisions that have a high discount rate. 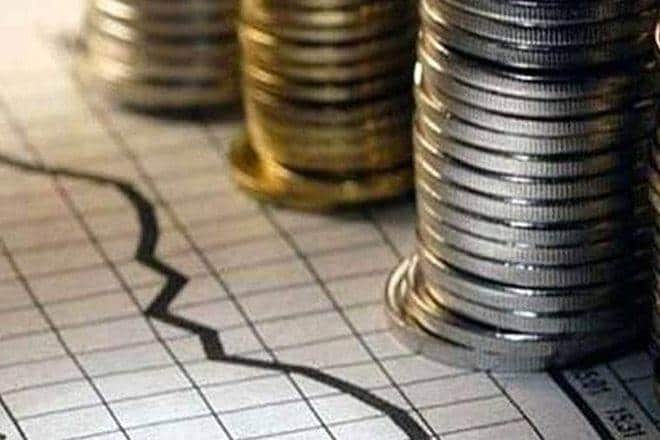 The last time India’s real GDP growth rate crashed to less than 1% was in 1991. The opportunity, however dark that might sound, was not wasted. India unleashed a series of structural reforms that placed greater faith in the market than ever before, freed firms from the shackles of licensing, reduced import tariffs, and created regulatory institutions to oversee liberalised product markets. What followed was not unexpected but, to many, it was a miraculous outcome. India not only breached the ‘Hindu Rate of Growth’ for consistently long periods of time but also established a new normal growth rate that was structurally different and an order of magnitude greater than that in the past.

The miracle lay in the empirical vindication that markets could actually deliver if given a chance, and that the mistrust of markets on which much of our previous development model was based was essentially unfounded. Markets did not need to be distrusted, they needed to be regulated.

The largely uninterrupted high growth brought in its wake development impacts that were truly exceptional. Millions were lifted out of poverty, trade flourished, and India exported goods and services to developed markets that was, at one time, reckoned to be impossible. India became a favoured destination for Foreign Direct Investment (FDI), with the peak gross investment touching 36% of GDP just before the financial crisis hit in 2008. More recently, growth has slowed to below 5% for the first time since the structural reforms of 1991, and the outlook for next year, in the wake of Covid-19, is rather bleak. Much before Covid-19 struck, the economy was already in poor shape and cracks in the growth model were palpable.

The resource-intensive growth of the last two decades has been associated with severe local air pollution and lasting harm to lives and livelihoods, especially of the poor. The damage due to more and more extreme weather events has raised anxieties over the sustainability of the business-as-usual (BAU) model of economic growth. In fact, everywhere, it is the poor and vulnerable who get hit the hardest, whether they live in rural areas or in the city. Covid-19 has already sharpened this disparity.

Taken together, climate change and Covid-19 pose a massive risk of undoing the poverty alleviating benefits of the high growth witnessed in the last decade. About 140 million people were lifted out of poverty between FY05 and FY12, and we risk dumping many more millions back into poverty unless we act decisively now. The resurgence of mass poverty will be a tragedy of monumental proportions.

While we know the medical shock of Covid-19 will be transitory, the economic damage is likely to be persistent. A fiscal stimulus of around 1% of GDP has been introduced as a preventive against job losses, and to make sure people who have lost jobs, or will lose them, have money to spend on essentials during the economy-wide lockdown. Both, people and companies, need large doses of support from government and banks, which, in turn, need support from the Reserve Bank of India (RBI). Essentially, the immediate focus must be to prevent as many individuals and firms from slipping into traumatic bankruptcies as possible.

The pandemic has exposed the weaknesses in India’s public distribution, social security, and public health systems. The presence of a very large informal and migrant workforce in need of urgent state support has added several dimensions to the challenge. An immediate fallout of Covid-19 is the unambiguous warning that these systems will need to be overhauled to build resilience against the next pandemic, and to lay the foundation for a strong, humane, and inclusive economy.

Economists, Nobel Laureate Amartya Sen among them, have for long lamented India’s inadequate public spending on health and education. This is a moment to correct that failing. This is also an unprecedented opportunity to take a long view. Fiscal injections are compelling during a crisis, but what is equally, if not even more compelling is how the economy can be restored and sustained post Covid-19. Fiscal stimulus is a means to start the recovery rather than an alternative to it.

Eventually, the stimulus will have to be gradually retracted as the wheels of the economy start to move again. The post Covid-19 revival ought to focus on the root causes of our growth model going awry. The massive environment degradation and unchecked air pollution are as much a worry in and of themselves as they are for being a reason for exacerbating unequal outcomes. We have reason to believe that climate change will magnify existing inequality as the poor will bear the brunt of its impact.

It is too easy simply to point to the ongoing regeneration of natural capital in India (blue skies, clean air, and breathing rivers) during the Covid-19 inspired lockdown and claim that growth produces negative externalities, and that damage to the environment is a cost which must inevitably be borne during the development process. According to The Economist, at one monitoring station in central Delhi, levels of nitrogen dioxide are 85% lower.

America’s space agency, NASA, says that levels of suspended aerosols are lower than at any time since it started measuring them twenty years ago. The narrative that concerted action against climate change will compromise economic growth, however, ignores the technological and financial innovations that now exist and which can lead the transition to a low-carbon economy. It also ignores effective public policy that could be designed to address the challenge.

A reason we cannot abandon economic growth is that it speaks to people’s aspirations, and also provides resources for public policy programmes, not to mention jobs that are fundamental to India’s future. The absence of economic growth also leads to political instability and the potential for disturbance. The path to climate mitigation, and adaptation and inclusion is far better served not through slower economic growth, but through economic growth that is steered toward environmental sustainability.

Globally, efforts to reduce GHGs through mitigation measures—phasing out fossil fuels, increasing energy efficiency, adopting renewable energy sources, improving land use and agricultural practices—continue, albeit slowly. Our demand for climate justice must continue at the global level, but domestic policy change should not be kept hostage to it. Climate change is upon us, blighting lives of millions of people in India.

Investments in infrastructure will assume centrestage post Covid-19. Since they are long lasting, the right investments will deliver what is now referred to as the “triple dividend” by avoiding future losses due to stranded high-carbon assets, stimulating economic gains through innovation, and delivering social and environmental benefits. Updated building codes, renewing urban infrastructure, scaling energy efficiency, making agriculture more climate resilient by investing in research and development are a few examples.

But, the point is, we must mainstream sustainability and inclusion in our economic policy discourse. There have been extraordinary developments in technologies such as AI and robotics, materials, biomedical and biological, and renewable energy to name a few that have the potential to transform our ability to manage cities, energy, transport, and land use.

The nationwide lockdown and the accompanying hardships will perhaps have made citizens more willing to accept decisions that have a high discount rate, i.e., benefits of which will be more apparent in the future. One could argue whether strong climate policy has a high discount rate or not, but even if it does, then political anxieties over strong climate policy action could well be more palatable post Covid-19. Never let a crisis go to waste is a sagely advice often heard in India and acted upon once, in 1991. With its large population and many vulnerabilities, it is time for an encore.

The author is Director and chief executive, ICRIER. Views are personal