An open letter to the CAG on the PPP project where,among other things the VGF has been unlawfully appropriated, given contract terms on user-charges were violated 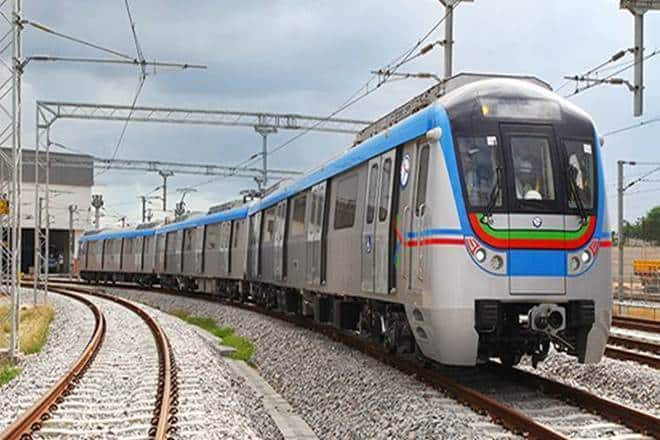 The project was honestly structured and transparently awarded through open competitive bidding based on the bidding documents that were duly approved by the Union Ministry of Finance (MoF).

Dear Shri Mehrishi, This is to draw your kind attention to an ongoing scam that involves very large sums of money and very valuable commercial real estate, besides unlawful exploitation of millions of commuters using the Hyderabad metro rail. This scam could be further divided into four sub-scams, as briefly described below:
A. Unlawful appropriation of Central VGF Grant of Rs 1,458 crore

*The project was honestly structured and transparently awarded through open competitive bidding based on the bidding documents that were duly approved by the Union Ministry of Finance (MoF). According to the terms of MoF approval, the project was eligible for viability gap funding (VGF) of Rs 1,458 crore from the central government, and the same was payable to the Concessionaire of the Project.

* Under the VGF scheme, the state government had to certify that the user charge/fare shall be as specified in the bidding documents, and that it was not possible to increase the same in order to reduce the VGF. The Concession Agreement (forming part of the bidding documents) accordingly stipulated the user charges that the Concessionaire could recover from year to year. The sole rationale for providing VGF was to bridge the viability gap that could not be covered by increasing the pre-determined user charges.

*The Concessionaire, in collusion with the state government, has unlawfully increased the fare by more than double, and yet, received and misappropriated a large proportion of the aforesaid VGF. Since the principal terms of the central VGF grant have been grossly violated, the Union MoF is duty-bound to recover the entire grant released so far, along with interest thereon.

B. Illegal misappropriation of user charges

*This project is substantially supported by a large component of real estate since metro projects across the world are otherwise unviable. This entire real estate, as stipulated in the Concession Agreement, was meant to support a 71-km-long project. However, so far, only about 40 km has been commissioned while the entire real estate meant for supporting 71 km is being commercially exploited by the Concessionaire. There seems no intent to make a reduction in real estate corresponding to the reduction in project size. This has provided undue and unearned gains of large proportions to the Concessionaire at the expense of the public exchequer.

* When some of the above violations came to my notice, I wrote to the then secretary, DEA on January 3, 2018, requesting him to withhold any further release of VGF and also recover the grant already released. My letter was followed by letters dated July 6, 2018, August 30, 2018, and July 18, 2019.

* The foundation of a public private partnership (PPP) project is a fair and balanced contract that clearly allocates the risks and rewards among the respective parties. Sanctity of the contract is critical for the credibility of a PPP project. A few cases of malfeasance can destroy public confidence in PPPs, thus losing a valuable resource for national development. Exemplary action is, therefore, essential whenever malfeasance is detected.

* As this case is nothing short of organised plunder of public money on a large scale, I would request you to kindly consider a special audit, both at the central and the state level. Since I had structured the project and written the Concession Agreement, RFP etc, I will be happy to provide such assistance as your audit team may need for comprehension and interpretation of these complex documents. More than my assistance, it is ultimately the legal experts who will have to be consulted for assessing the criminality involved in this case.

With regards,
Yours sincerely,
Gajendra Haldea

PS: A PPP project is meant to be driven entirely by a contract between a public authority and a private entity. Sanctity of the contract is, therefore, of paramount importance. When violated, away with unintended gains! This also opens the floodgates to crony capitalism and corruption, which increases the project costs beyond what may have been spent if the project were undertaken by the public sector. As such, PPP projects should be abandoned, in public interest, if the government does not have the will and wherewithal to recognise and enforce the sanctity of contracts. Furthermore, offenders involved in malfeasance must be brought to book and made to face the legal consequences so that short-changing of public interest is suitably addressed.