Hyderabad metro fares: Need to eschew crony capitalism if the vision of New India is to be realised

For the Hyderabad Metro, it may take no more than a simple PIL writ in the Andhra High Court to send the metro fare southwards, besides mandating a refund of the excess fare. 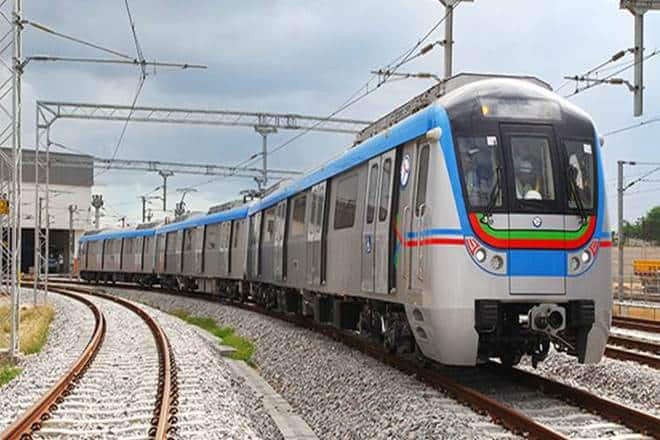 For the Hyderabad Metro, it may take no more than a simple PIL writ in the Andhra High Court to send the metro fare southwards, besides mandating a refund of the excess fare. (Image: Reuters)

At the request of late YS Rajasekhara Reddy, the then chief minister of Andhra Pradesh, I had structured the PPP (Public Private Partnership) model and drafted the concession agreement for the Hyderabad Metro Rail project, besides overseeing the bid process. My objective was to make it as innovative, efficient and fair as possible while enhancing user interest. For, a good PPP is one that improves services and reduces costs. I recall that based on their past experience elsewhere, some prospective bidders had conveyed their reservations about the credibility of this state-level PPP project of such magnitude. During pre-bid interactions, I had personally assured them of utmost transparency and as the process unfolded, not an iota of doubt was ever expressed. Over the years, I have often referred to this project with some pride and indeed, it is now the best in India with the latest technology, elegant structures and sleek driver-less trains. My pride was recently shaken when feedback from Hyderabad suggested that the fares charged from users were high and burdensome. That was not the way the fare structure was built into the concession agreement. The fares were always meant to be affordable, owing to greater efficiencies as well as cross-subsidisation from real estate development. So, I was compelled to examine this issue in depth, only to find that the fares levied by the concessionaire were excessive and unlawful. In the PPP domain, there have been stories galore about crony capitalism, but one had hoped that Hyderabad Metro would be different. However, I had not ruled out the potential for wrong-doing in this project when I had recently written that “there will surely be some problems, especially on account of the scant regard for sanctity of contracts”.

Of course, one didn’t expect this prophecy to come true so soon, but when it did, I could barely say “You too, Brutus”. The fares that the concessionaire can charge for different bands of distance are clearly stated in Article 27, read with Schedule-R of the concession agreement (see moud.gov.in or http://www.pppindia.gov.in). It is also stipulated that users can demand a refund of any excess fare along with a specified penalty. Take the example of a 10-km ride, for which the base fare was fixed at Rs 12—to be revised every year as per the formula stated in the agreement. Accordingly, the concessionaire can charge no more than Rs 19 per trip during 2017-18. Yet, the concessionaire is charging Rs. 35, which is unacceptable, especially after having been given so much real estate. Incidentally, the said Hyderabad Metro fare is even higher than `30 being currently charged by Delhi Metro following a steep hike that was enforced three months ago, which led to much hue and cry, besides a fall of over 15% against the projected ridership. Until May 2017, Delhi Metro was only charging `16 for a 10-km ride.

According to the recitals contained in the concession agreement for Hyderabad Metro, the agreement was executed under the Andhra Pradesh Municipal Tramways Act, 2008. Clause 4.1.2(c) of the agreement mandated that the fare notification would have to be issued by the state government before construction of the Metro could begin. Instead, the concessionaire has issued the fare notification after completing the construction. This is a patent violation of the agreement. The concessionaire has notified its fares under the Central Metro Act (www.ltmetro.in). It needs to be ascertained (a) whether this Central Act applies to Hyderabad Metro which was to be governed by the aforesaid state Act since metro rail is admittedly a state subject that must be governed by state laws alone; and (b) whether the said central Act allows a private concessionaire to fix the fares of a public utility.

It is also noteworthy that when the concessionaire demanded a viability grant of `1,458 crore through competitive bidding, the assumption was that the prescribed fares, coupled with all the real estate, did not suffice in attaining financial viability and hence a grant was needed. It cannot now set higher fares and yet receive the said grant from the Union finance ministry. Nor can it impose higher fares on the users, as it would amount to a gross violation of the agreement, besides vitiating the bid process. Evidently, there has been a serious fault in the interpretation and enforcement of the concession agreement. This needs to be corrected forthwith. I am tempted to reiterate that “the accountability framework laid down in the concession agreement is clear and precise as it can identify and address any defaults or malfeasance”, which is what I had written recently. Evidently, the users are being short-changed and deserve immediate redressal under the agreement. It would be relevant to recall a recent judgement of the Supreme Court upholding the sanctity of contracts and disallowing compensatory tariffs post bid for two mega power projects, even though they had been approved by the electricity regulator.

For the Hyderabad Metro, it may take no more than a simple PIL writ in the Andhra High Court to send the metro fare southwards, besides mandating a refund of the excess fare. That may mean acute embarrassment for the state government as well as a double-whammy for the concessionaire inasmuch as it would not only have to refund the excess fare but would also take a beating on account of the comparatively lower ridership that it would have suffered during the regime of excessive fares. The earlier these fares are brought down to the level permissible under the concession agreement, the better it will be for all concerned, especially the millions of users now riding the Hyderabad Metro. It will also lead to a spurt in ridership that will partly compensate the concessionaire. The whole idea of a metro is to provide affordable public transport in mega cities. It is necessary to stay the course even if it means some losses for the time being, as the concession period is 60 years. Such corrective action is also necessary to establish that PPPs can, and must work honestly.

Author is Principal adviser (infrastructure) in the erstwhile Planning Commission