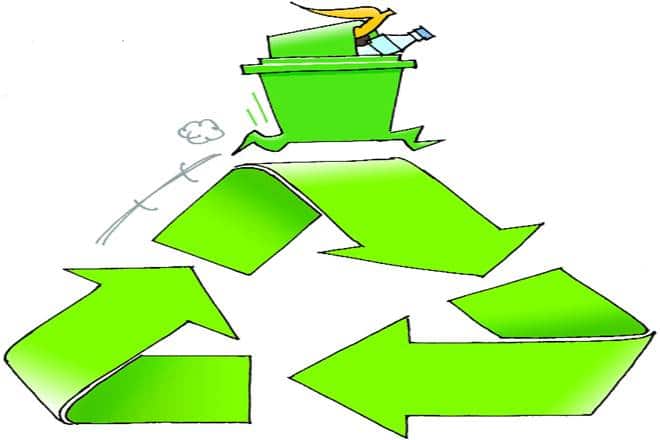 Tamil Nadu is the most urbanised state in India, with 48.5% of its population living in urban areas.

In our previous two columns, we shared positive news on how solid waste is being managed in many small towns and also some mid-level cities like Vellore. On learning that the Commissionerate of Municipal Administration (CMA) of Tamil Nadu has been very active in providing an enabling environment for such transformation, we decided to look for state-wide initiatives that may be driving this change.

Tamil Nadu is the most urbanised state in India, with 48.5% of its population living in urban areas. The CMA has under its purview all municipal corporations (11 in number) other than Chennai and all 125 municipalities.

We find that not only did the CMA work on getting the Solid Waste Management Policy for Tamil Nadu in place in July 2018 but also worked hard to ensure that there is state-wide progress in compliance with the Solid Waste Management Rules 2016. While directorates of municipal administration are present in a number of states, it is clear that CMA has used its powers well in facilitating much-needed change in the municipal system of solid waste management in Tamil Nadu.

One important reason they have been able to create a framework of implementation and enforce it down the line is that the commissioner, CMA, G Prakash, had an undisturbed tenure of four- and-half years. He was shifted only recently as commissioner, Chennai, because of the Election Code. This is a very important lesson for all states. Officers must have long postings if they are to deliver. In many states, the average length of a posting for an IAS officer is 1.5 years. The fact that commissioner, CMA, is also chairman, Swachh Bharat Mission (urban), has also helped.

In implementation, first and foremost, they have insisted on door-to-door collection of unmixed waste, and also ensuring that wastes remain unmixed all along the route of collection, transportation and processing because of detailed micro-planning at every stage.

User charges (starting from `20 per month for households) are added every six months to the property tax, for which ULBs are achieving 80-100% collection success. Bulk waste generators (8,000 in number and generating 10-15% total waste) across the state also pay user charges for collection of their dry waste, while they are required to manage their own wet waste.

By collecting dry waste only on Wednesdays, households are encouraged to set aside this waste and put out only wet waste for daily collection. Most importantly, if waste is handed over without segregation, it is laid bare on a plastic sheet at the doorstep of the household, while the waste collectors sort the waste in front of one and all. A good way of naming and shaming! This is followed by a counselling session and a penalty if the offence is repeated.

Close to 3,000 communicators have been employed to work under 230 supervisors to make face- to-face contact with individual defaulters to explain to them the importance of segregation and ensure that segregation happens at source. Young girls who have completed their schooling are recruited at a monthly wage of `12,000. They have to visit 200 households each at least once a week and keep a register of visits. The registers are randomly cross-checked with the residents by their supervisors.

In order to achieve better efficiency and also lend dignity and safety to waste collectors, push carts and tricycles which were used to transport the waste have been replaced with battery-operated vehicles (e-vehicles) and light commercial vehicles. Since there is no secondary transport, there are no street bins, no transfer points, no black spots, and fuel-saving is a bonus.
Most of the door-to-door collection is done by municipal workers. The collected and well-segregated waste is taken to the micro-composting centres (MCCs) where municipal workers, or, in some cases, private contractors separately handle both wet and dry waste.

The state has installed 700-plus MCCs of up to 4.8 tonne capacity each, using funds from the Swachh Bharat Mission. There are also many more OCCs (on-site composting centres) in parks, compounds of ULB offices, each composting the wet waste from up to 250 surrounding houses. The technology used for composting is simple and time-tested, and has been perfected by V Murugesan, regional executive engineer at CMA. The electricity costs are borne by the ULBs.

There was the usual protest and filing of legal cases against installing MCCs in parks and public places, but the Madras High Court has lent its unambiguous support by stating that “interests of individuals/sangam/society may not come in the way of the interest and welfare of the public…”

The doorstep collectors as well as MCC workers get the proceeds of whatever waste is sorted and sold. It usually amounts to `1,200 per month, which is a little over 10% of their monthly wages. Farmers are encouraged to come and pick up compost free from the MCCs.

The CMA has also performed a national service by conducting a primary survey to estimate the volume of municipal solid waste in their jurisdiction. They conducted a first-of-its-kind statewide survey (excluding Chennai) of waste generation over a period of 10 days, weighing all waste received at MCCs from ULBs—large and small. The waste came from nearly 47 lakh households belonging to all income groups. The survey showed that waste per capita per day is in the range of 250-300 grams for municipalities and 320-375 grams for municipal corporations.

The estimates from the CMA survey provide a benchmark that is much lower than the commonly used estimates of municipal solid waste across the country. This is not surprising, since the system of paying a tipping fee by weight for solid waste collection provides a perverse incentive for transporters to add debris and water to increase the weight of the waste. These estimates also show that the difference in waste generated between large and small ULBs is not very high. However, with changing lifestyle and rapid growth, the gap may well widen in the years to come.
The transformation of the municipal solid waste scenario in Tamil Nadu highlights the importance of a systems approach and the role of human leadership. The good news is that Chennai may follow in the footsteps of the rest of the state in moving towards decentralised processing of waste. This should set a good example for others to follow.