Article 301 of the Constitution aimed at India functioning as one single economic unit without barriers, promoting free flow of trade and commerce through the country’s territory. 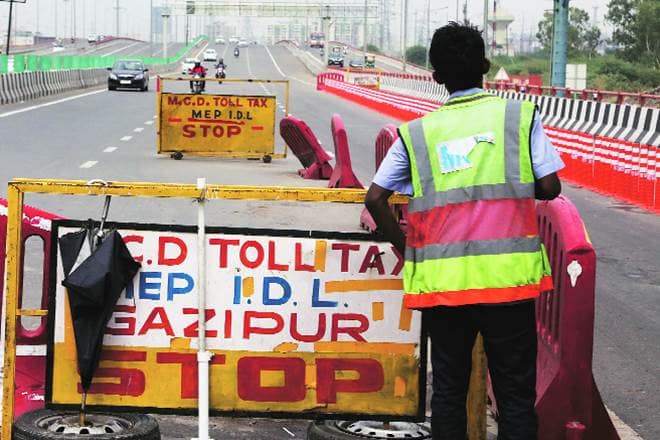 The erstwhile interstate border tax checkposts having been dismantled, the truck took just half the time compared to the usual four-day travail in pre-GST days.

Comprehend the disappearance of serpentine queues of cargo-laden trucks at checkposts, chungis and interstate entry points, which, until lately, were ubiquitous? An empirical testimony of the benign effects accruing to the country’s vital logistics sector from GST is well-gleaned from a senior journalist’s narration of his 1,288-km, 42.5-hour recent journey from Sriperumbudur (near Chennai) to Bhiwandi (near Mumbai) on a truck laden with 174 air conditioners and 63 refrigerators. The erstwhile interstate border tax checkposts having been dismantled, the truck took just half the time compared to the usual four-day travail in pre-GST days.

Article 301 of the Constitution aimed at India functioning as one single economic unit without barriers, promoting free flow of trade and commerce through the country’s territory. But for 70 long years post-Independence, India remained a fiscally ‘disunited union of states’. Like post-World War II European countries successfully forging a common market, tearing asunder inter-country customs barriers and other checkposts, GST has ushered in a ‘united states of India’.

It is GST that helped the country sign a free trade agreement with itself, integrating India into a single market. The Republic is now unified through the indirect tax law in a way analogous to the 1833 Zollverein, German Customs Union, forged as a coalition of German states to overcome hundreds of customs barriers where shipments were inspected.

Also Read
Towards zero stubble burning
Data Drive: IT hiring cools
Lula 2.0 can be a game changer
Need that extra 1%

Analysing the cost of not completing the European Community’s internal market integration, the Paolo Cecchini report, The European Challenge, 1992, concluded that the border and associated administrative procedures cost 1.8% of the value of goods traded within the Community, that the integration process could result in 4.5% increase in GDP over six years, in addition to consumer prices declining to the extent of 6%. With GST having belatedly becoming a reality, India too legitimately hopes to reap a similar harvest.

India’s logistics sector, with four broad components—transportation (60%), warehousing (25%), freight forwarding (10%), and value-added services (5%)—is estimated to constitute 14-15% of the country’s GDP vis-à-vis some 8% in OECD economies. A joint survey in 2011-12 by the Transport Corporation of India and IIM Calcutta revealed an annual loss of about Rs 27,000 crore to the economy owing to detention to road vehicles at checkposts and en route for documentation, physical checks of vehicles, drivers and cargo by RTO/police, and payment of highway toll and taxes, as well as harassment and corruption. The on-road stoppage expenses including illicit payments amounted, on average, to 15% of total trip expenses. Additional fuel consumption due to delays and slow speed of vehicles led to annual costs of Rs 60,000 crore.

A McKinsey study, Building India: Transforming the Nation’s Logistics Infrastructure, estimated that India was saddled with logistics inefficiencies that cast a heavy burden equivalent of about 4% of its GDP. Among salient benign benefits accruing to the economy under GST are two important aspects: one, the geographical centralisation of production and warehousing, thereby centrally-located states gaining an edge in attracting economic activity, as well as its agglomeration in the more productive states; the other crucial element of change across the business spectrum—from the location of production to logistics and supply chain—has the potential of transforming the country’s ‘economic geography’ itself.

Crisil found that implementation of GST in the logistics industry would reduce logistics costs up to 30% over 3-4 years. An early assessment survey by the ministry of road transport and highways found that post-GST, checkposts and barricades when removed from state borders, the cargo carrying vehicles on highways “doing a 2,000-km round trip in a week would save 40-45 hours of travel time,” effecting annual savings to the extent of Rs 30,000 crore.

Despite an increase in compliance and adjustment costs in the initial stage, warehousing and logistics hubs are the most affected by GST in the entire supply chain. A medley of taxes had rendered the logistics industry cumbersome and costly. Inventory and distribution centres were earlier located on consideration of central sales tax and state VAT rates, rather than operational efficiency. GST freed the decisions on warehousing and distribution from tax considerations. The old suboptimal scattered and fragmented warehouses are yielding place to strategically-located large logistics parks conducive to economies of scale, efficient use of multi-modal transport, and availability of value-added services under one roof.

The GST Network (GSTN) has an audit trail of the movement of goods across the state boundaries, helping optimisation of delivery schedules and operational costs of transporters. Certainty of tax and better compliance interests global logistics players, who, through FDI, JVs or acquisitions, would help propel Indian logistic industry to global standards and competitiveness.

Relevant to the truck journey he took, the aforementioned journalist incidentally highlights the potential efficacy of FASTag, enabling trucks to breeze through toll plazas; he underscores the need for the format and monitoring mechanism of eWay Bill to be streamlined for uniform thresholds, and to do away with mobile tax squads—he also flags the pernicious practice of extortion and bribe that persists in devious forms at interstate RTO checkposts. These must urgently be removed root and branch. Surely, some efficacious technological and systemic procedures can well be adopted to serve the purpose.

While the government explores how technology can be leveraged to set up a logistics architecture on the lines of the Aadhaar and link it to GSTN database, AT Kearney has suggested in its report, the Logistics Efficiency Enhancement Programme, that RFID (radio frequency identification) tags on vehicles for electronic toll collection and GPS devices would provide the building blocks for this initiative, and help access information regarding the consignment, vehicle, driver and location, thereby enabling verification. The report recommended a common system to link GSTN database with Vahan and Sarathi (envisioned as a centralised repository of driver-related information), to allow for streamlined movement of goods across the country. Initiatives such as these do need to be assiduously pursued to further smoothen and simplify the economy’s logistics journey.