What links the Rukatpally Rythu vegetable market in Telangana to local shopkeepers in Bristol in the UK, in Chiba (near Tokyo), Ithaca in New York and in towns across Canada and Australia? 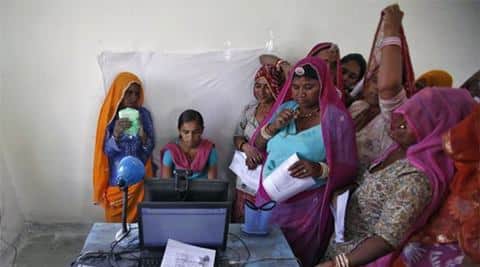 A couple of months back, the Telangana government introduced coupons or tokens that will operate within the local vegetable market, of denominations as low as Rs 5, Rs 10 and Rs 20; in order to boost cash liquidity. (Reuters)

What links the Rukatpally Rythu vegetable market in Telangana to local shopkeepers in Bristol in the UK, in Chiba (near Tokyo), Ithaca in New York and in towns across Canada and Australia?

They have all found alternatives to the national currency to transact business.

A couple of months back, the Telangana government introduced coupons or tokens that will operate within the local vegetable market, of denominations as low as Rs 5, Rs 10 and Rs 20; in order to boost cash liquidity. When people enter the market they can procure these coupons in exchange for actual cash; and use them to shop. When they leave, the coupons can be redeemed back for cash.

Interestingly, the concept of using local coupons as an alternative to the national currency is not a new one. For instance, food courts of many malls have a similar system; where you exchange cash for a special debit card that only works in the restaurants in that area. Globally, it is a well-established practice known as ‘Local Exchange Trading Systems’ (LETS)—a concept that was first tried in 1980s in British Columbia in Canada. Since then, LETS has proliferated in many countries across the continents, meeting with varied levels of successes. There are, at present, more than 3,000 such local currencies operating across the world. There are, in fact, country exchanges and forums that connect all the local LETS together to exchange best practices.

The idea behind alternative currency in other countries was primarily to help small communities strengthen their economies and build up trade with a sense of local pride. Hence, these currencies have quirky names—like ‘Bristol Pound’, ‘Hull coins’, ‘Lewes Pound’; named after the towns in the UK where these currencies are accepted and traded. In the US, there are ‘Berkashares’, ‘Arizona Dollars’, and even ‘Disney Dollars’! The rationale was that the sterling pound or the dollar are international currencies, which would so often be siphoned-off to different parts of an increasingly globalised world. A ‘Bristol Pound’, however, will force the money, and its power to buy goods and services, to circulate within the city limits; and in the process, boost local businesses and economies.

The operational model is quite interesting. In its purest form, LETS was initially conceptualised as a sophisticated barter system, where citizens and businesses could pay for each other’s goods and services through an invisible, electronic currency, being monitored by a community registrar. Later, it evolved to the issuing of physical notes or coupons—wherein a group of local businesses would come together, often in collaboration with the local government, and agree to float a local currency at par with the national currency. At times in order to make the currency popular, the exchange rate is kept as slightly above par for a while—so that people are incentivised to make an exchange at a discount. In some systems, there is an expiry date to the notes or coupons, so that the users are forced to keep using the money. A non-profit organisation is set up that issues the currency, and maintains the books. Participating businesses can also become touch-points where the notes can be exchanged back to the national currency.

Given these currencies are operational in very closely held communities and markets, the temptation of forgery is seen to be limited. Nevertheless, many of such currencies now carry significant security features. The funds for running the currency in some places have been through donations of participating businesses; revenue in lieu of advertising on the notes; and at times from funding from the community or administration. Sometimes, these non-profit organisations put together to run the currency go on to become incorporated companies.

Of course it merits mention that in some advanced economies the LETS concept is facing a decline in popularity. This could be because of adverse demographics—the adult population that popularised them back in the 1980s and 1990s did so with a sense of local identity. There aren’t enough young people now to replace them; and most of them are likely to have more global lives than their predecessors. As a result, the craze of using them to boost local community spirit has ebbed in some parts of the developed world.

However, these problems aren’t germane to India. Traditionally, local markets in India are tightly knit and have a distinct sense of community—so much so that multinationals trying to enter the retail space have struggled to resonate with the Indian consumer. And that is actually the keyingredient for introducing a localised form of currency. It could operate within the confines of that market or village—in parallel, sufficiently denominated and fully convertible with the rupee.

Call it ‘Azadpur Rupee’ if you like, or ‘Raipur Rupee’ or ‘Vidarbha Rupee’—after the myriad mandis, markets, small villages and towns across the country. India has the additional benefit of Aadhaar—the unique biometric identification tool that no other country has managed to implement. This could be leveraged in inventive ways of linking it all back seamlessly with bank accounts to prevent any misuse.

Money has two primary uses anywhere in the world—one, to serve as a medium of transaction; and two to earn interest on it by holding it. Parallel currencies essentially seek to step in to fulfil only the first function, and the associated benefits attached to that. The more serious macroeconomic heavy-lifting still remains the remit of the real currency.